‘We wanted to inspire the students to make their own connections, real or imagined, with what was happening in New Zealand, miles away from any front line.’ 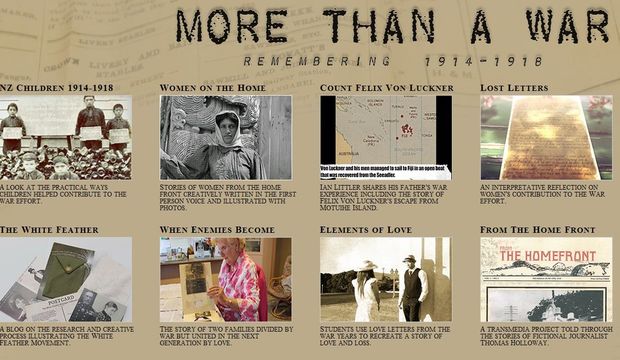 It was one way of involving young Unitec Communication students in a war that happened 100-years ago.

And the multi-media exhibition has helped the Auckland youngsters better understand the way things were in their own country a century ago.

The exhibition was devised by Unitec Communication  programme Leader Dr Sara Donaghy, and an Auckland Council Oral Historian Sue Berman, to get students to look at what was happening back home in this country, while many of the men were away at the 'war to end all wars'. 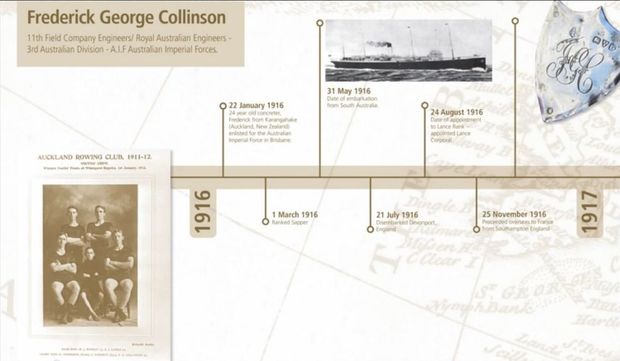 Young West Auckland student Skye Collinson decided to hunt down the war history of her great grandfather Fred, and through her online blog discovered an unknown branch of her family.

Sam Mclaren spent several days interviewing his grandmother Noelene about her father and her husband’s father who had fought on opposing sides during the war. The two would meet in New Zealand as old men and become firm friends over many whiskeys. 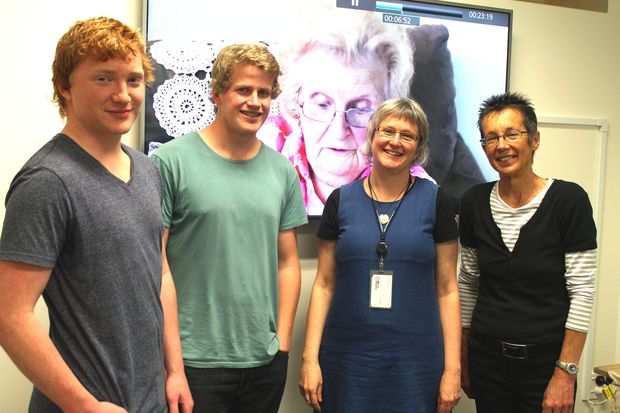 And there was the group of four who didn’t have much personal connection with WW1, so they invented their own soldier, Tom, and created a fictional life story for him. Visitors to the exhibition can type online suggestions of how Tom’s life might’ve been. www.Helpmetellmystory.co.nz 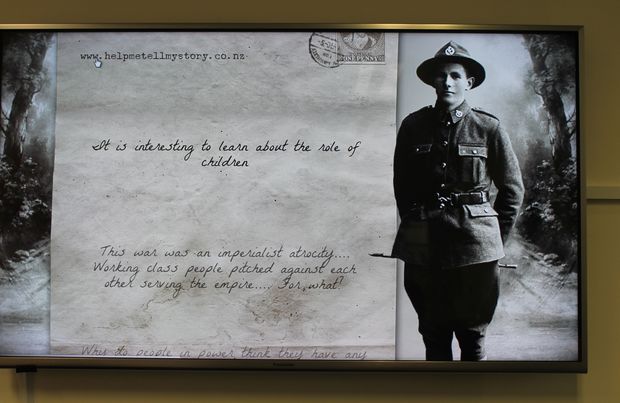 Oral Historian Sue Berman says the work by the students really blossomed into quite unexpected places.

The finished work of the students is on display at Henderson Library until the end of January 2015. Produced by David Steemson for Spectrum.