Since human beings have walked around Auckland’s Waitemata Harbour, North Head (also known as Maungauika) and nearby Mt Victoria (Takarunga) have been sought after - and fought over - for their strategic usefulness. 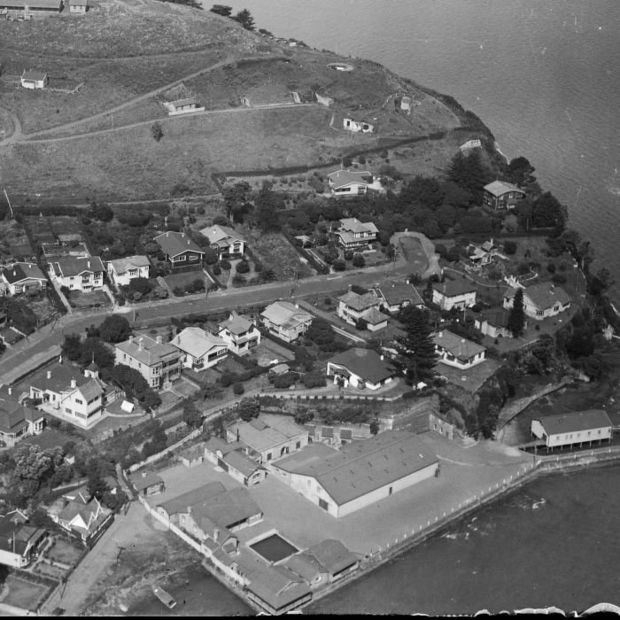 In the 1880’s the Imperial Russian Navy, no less, began nosing about in the South Pacific and as fears of an invasion grew, so did military interest in a pretty little bay just east of Devonport, nestled beneath North Head’s volcanic cone. A series of coastal defences were built around the country and in 1885 a torpedo yard was given the go-ahead to be built in the bay with a twin site across the harbour at Bastion Point. By 1887 it was done.

This was a comprehensive base, including workshops, barracks, stores, and offices, testing sites, a jetty and a forge. Three lines of electro-contact mines could be deployed from here across the harbour, all watched over from observation posts above the harbour and detonated remotely from a central control room. By the end of the 1890’s this was the only fully functional and professional submarine mining facility in the country. And the small bay had acquired its new name. 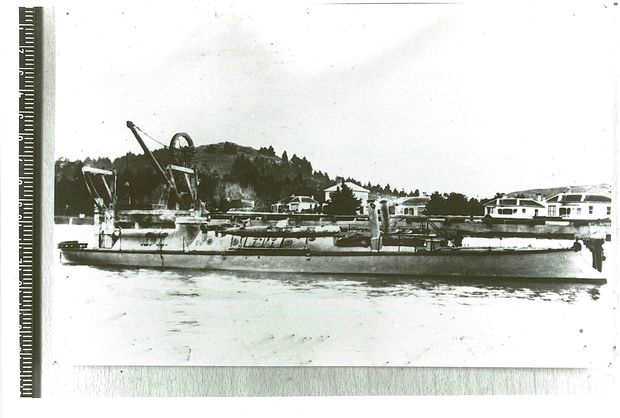 Torpedo Boat of the kind employed at the yard. Image courtesy of Torpedo Bay navy Museum.

But as technology advanced and submarine mines become less useful, Torpedo Bay’s usefulness swiftly declined. Within a few short years of their completion, both Torpedo Bay and Bastion Point were obsolete. They had been commissioned on the premise that an enemy ship would need to come right into the harbour to attack Auckland, but improvements in weapons technology now meant ships were capable of firing on the city from up to 20-30kms away.  The feared Russian invasion never eventuated. And the floating mines in the harbour were never employed.

Documentation around the yard is a little sketchy and historians were for a long time never certain whether it ever went fully operational or even whether the mine fields were ever finished being laid out. After years of benign neglect in 2008 the decision was made to turn the decrepit buildings still sitting on the torpedo yard into the official museum of the Royal New Zealand Navy. And as work got underway, archaeological discoveries began to be made. Most related to the nineteenth century but some were very clearly from an earlier time. Underneath what is now part of the car park the team found a very old cooking pit with discarded moa bones, fish hooks and a lost adze head. Given how quickly after their arrival Maori hunted moa to extinction, this can only mean the artefacts were at least five hundred years old.

As they continued to excavate and to rebuild, more of the military history began to be revealed. Tramlines to run the mines out to the jetty were found with turntables to direct them, plus a century old seawall marking what was then the location of the foreshore.

And although the museum opened in 2010 the expansion work continues. They are currently working on a commemorative pavilion and resource room to celebrate the sea battles of the First World War. Not long after the first shovelful of earth was turned, another section of tram lines was uncovered running down to the jetty, along with a concrete trench full of cabling leading directly from the minefield in the harbour to the control room. This was proof that the mine fields had been laid out and were fully operational; another set of invaluable clues in the puzzle that is the history of Torpedo Bay. 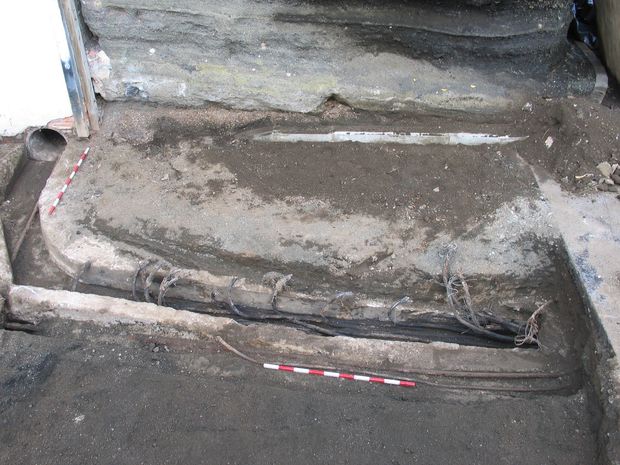 Recently excavated trench revealing electrical cabling running out to the mine field in the harbour. Image courtesy of Ken Phillips.