Ivan Mudrovcich is the first to admit he’s taken on one hell of a retirement project.

“I used to say many times that I’ve built everything in my shed except an aeroplane,” laughs the former automotive engineer.

But now, along with racing cars, mobility scooters, and even components for New Zealand entrants in early America’s Cup challenges, Ivan can add an aircraft to his list of engineering achievements. 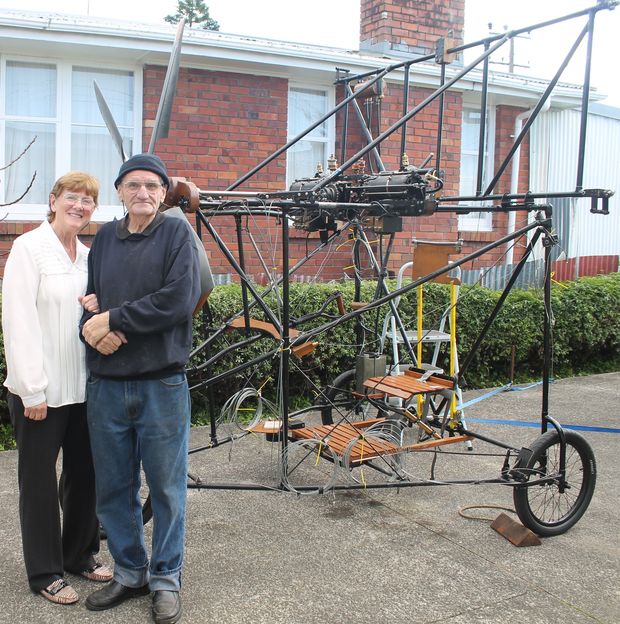 Ivan Mudrovcich and his wife Janet and the frame of the Pearse aircraft reproduction. (photo Lisa Thompson)

For almost a decade the 76-year-old has been painstakingly building a reproduction of Richard Pearse’s early flying machine in his garage in Kelston, West Auckland.

With no known working plans in existence, Ivan has spent hundreds of hours researching the 1906 Pearse patent description, as well as the inventor’s personal letters.

The result is a craft that weighs about 360 kilograms, has a 42-foot wingspan and a cockpit completely open to the elements. 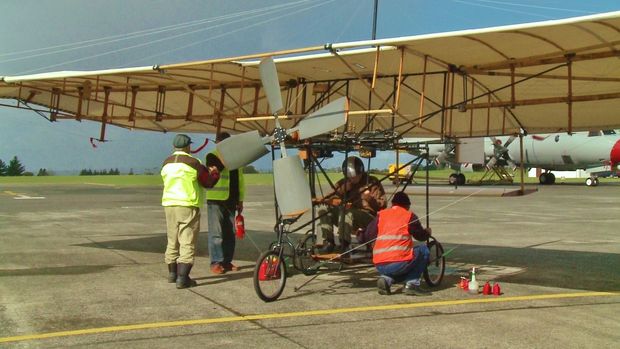 In its full glory at Whenuapai aerodrome. (Courtesy Wayne Johnson)

While an early attempt to see how much lift it had while on the back of a trailer resulted in a broken wing, the setback has not deterred Ivan persevering with the project.

And he says it hasn’t put off a retired Air New Zealand captain who is prepared to pilot the reproduction should it eventually take flight. 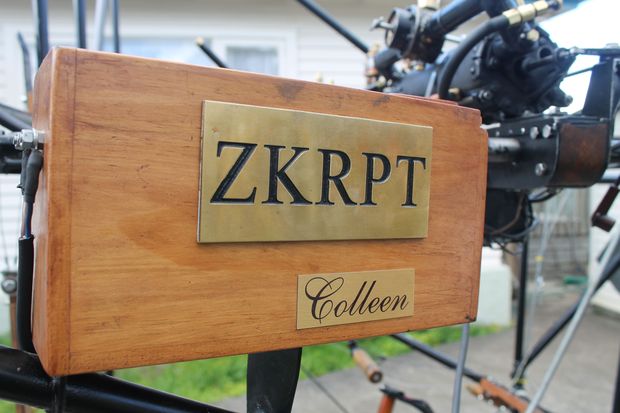 The registration stands for Zulu Kilo Richard Pearse Two and it has been named Colleen in honour of Ivan’s sister. (photo Lisa Thompson)

“Neville says he won’t take the plane any higher than he can jump.”

Ivan’s wife Janet agrees that will suit them just fine.

“We don’t even want to go high; we just want to get off the ground.  We’d be happy with just a little hop.” 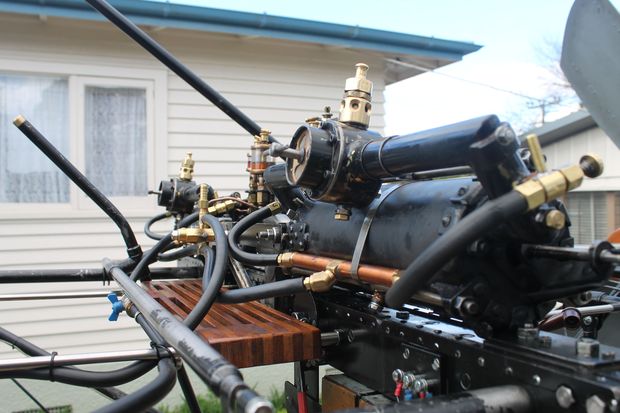 The engine that Ivan Mudrovcich has built based on Richard Pearse’s original patent notes and personal letters. (photo Lisa Thompson)

Join Spectrum’s Lisa Thompson as she meets the Mudrovcichs; a couple who are adding their own chapter to New Zealand’s aviation history.