Cars on a Wire 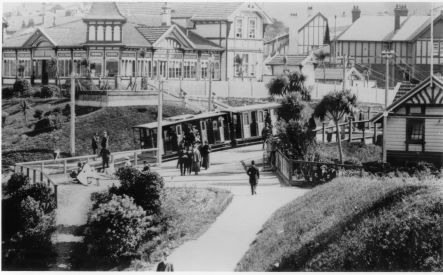 Three teams worked around the clock to push through the tunnels and construct the viaducts for Wellington's cable car. Opened in 1902, it ran on a 1 in 5 gradient from Lambton Quay up to Kelburn. Known as the 'Red Rattler', it was built in Dunedin and by 1903 trailers were added (converted horse-drawn trams). 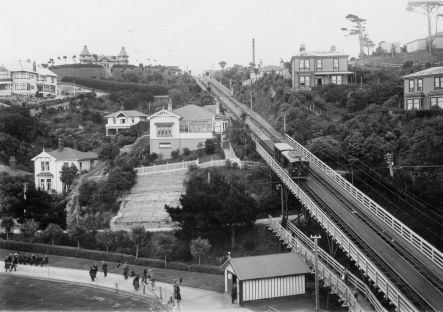 The trailers were a must because the new service was immediately popular attracting thousands commuting to and from the newly settled suburbs of Kelburn and Karori beyond. By 1912, the annual figure reached a million. Swiss-made cars replaced the 'Red Rattler' in 1979. Drivers describe the modern cars as running 'as smooth as silk'. The rattle had gone and so had the outward-facing uncovered side seats of the old cars. These seats may have exposed the rider to Wellington's southerlies but they also gave the more adventurous the opportunity to kick the tunnel walls. 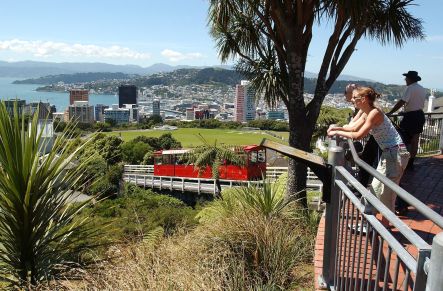