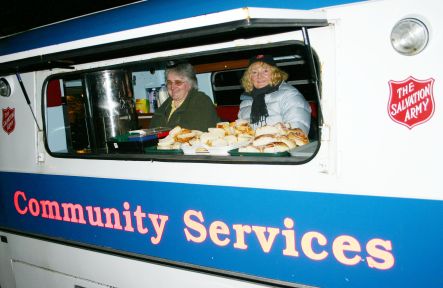 It's hard to imagine homelessness in Invercargill, but they're there. So are the Salvation Army, taking food and hot drinks to them and many others, on a Friday night. It's what Captains Ralph and Nicky Hargest call the ambulance ministry, and the Ambo is a welcome sight.

Four volunteers join Captain Ralph and Spectrum in the converted ambulance - a 1984 Bedford, donated by Christchurch Salvation Army. Wherever it stops people gather for a cuppa and chat.

Laden with buns and pies donated by a local bakery, the Ambo heads out to the skate park, town centre, boy-racer zone, nightclubs, a brothel and their own kids club, where the food disappears by the armload.

Captain Ralph takes a passive approach to changing what he says used to be a pretty rough Friday night culture. He's noticed less violence on the streets since they first started the ambulance ministry three years ago, a fact also noted by the police. Whether it's the presence of the Ambo that's made the difference he's not sure, but people are happy to see its open servery. 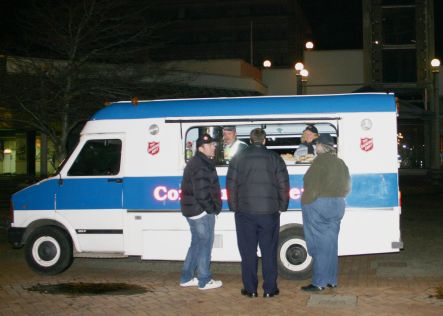