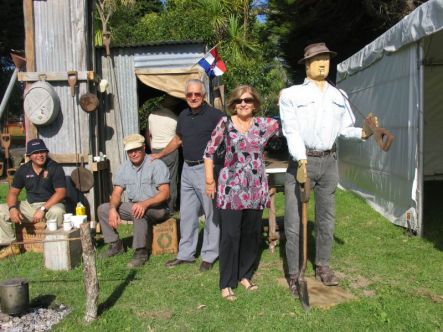 In the late 1800s Croation men flocked to New Zealand's gumfields, where local Maori nicknamed them 'Tarara' because of the speed at which they seemed to speak their native language. Many of the new-comers went on to marry Maori women, and over 100-years later, 'Tarara Day' is held annually in West Auckland.