Between The City And The Sea 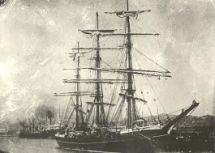 Jack Perkins takes a brief but affectionate journey in time around Wellington harbour and waterfront from colonial times to the heyday of the great merchant fleets of 60 years ago.

'Wellington harbour could hold the entire British navy' proclaimed a Wellington Harbour Board publication in 1930. The Union Steam Ship Company, one of the largest merchant fleets in the world, was also headquartered in Wellington and a 1950s photograph shows 72 large vessels either anchored or tied up at the wharves.

A decade before, the second World War generated near paranoia about harbour security, to the extent that even row boats venturing more that 200 yards off shore risked a warning burst of machine gun fire across their bows.

Graves on Somes Island testify to the many immigrants suspected of having contracted contagious diseases who were quarantined there in the 19th century; a Chinese man, a suspected leper, was isolated on a rocky outcrop with only a cave for shelter.

'Between the City and the Sea' draws material from 35 years of Spectrum documentaries and traces the history of the harbour and waterfront from the colonial period to the heyday of the great merchant fleets of 60 years ago.