Man's dearest possession is life, and since it is given to him to live but once, he must live so as to feel no torturing regrets….so he can say, - 'All my life and all my strength were given to the finest cause in the world - the liberation of mankind'.

That quotation from the writings of Lenin encapsulated Tom Spillers beliefs. Committed to the cause of communism and deeply involved in the New Zealand union movement for most of his life, he was no stranger to dispute and controversy. He took part in the Bastion Point controversy over Māori land and figured in the waterfront dispute of 1951.

As a young man, he joined the International Brigade, to fight for the Republican cause against fascism during the civil war which erupted in Spain in July 1936.

In this award-winning Spectrum documentary recorded in 1984, Tom Spiller recalls how his philosophy was moulded in the crucible of the Great Depression of the 1930s. He was persecuted for his beliefs by a newly respectable Labour government elected in 1935. A year later Tom found his way to Spain, where he experienced the murderous horror of a war which turned out to be a rehearsal for the world-wide conflict soon to come. 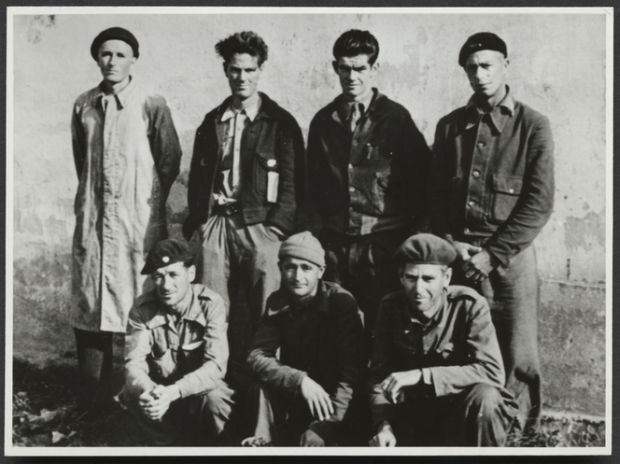 New Zealand and Australian International Brigadiers awaiting repatriation from Spain after the withdrawal of the International Brigades by the Spanish Government. The photograph was probably taken in the town of Ripoli, close to the French border at the foot of the Catalan Pyrenees, ca October-November 1938