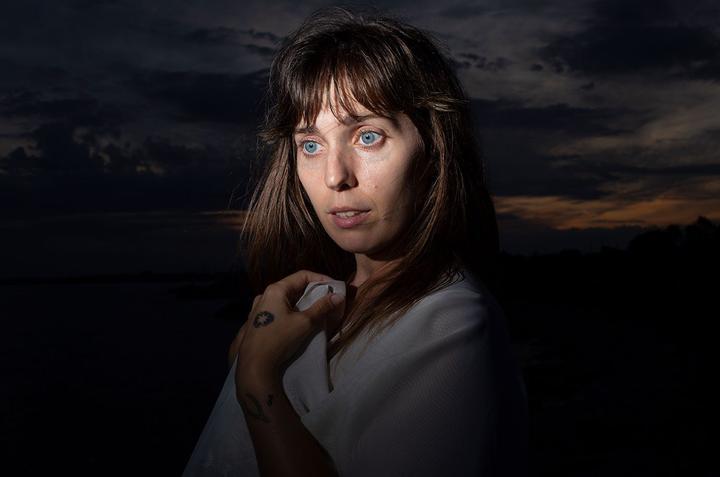 CS + Kreme are Melburnians Conrad Standish and Sam Karmel who are veterans of indie outfits like The Devastations and Bum Creek, making very different music to the sophisticated sloth of this project. ‘Slug’ appears on the album Snoopy, released by UK label The Trilogy Tapes who always appear to be a few steps ahead of any kind of pack. Sounding refreshingly out of step with music designed for instant gratification this track unrolls over nearly 7 minutes with an infectious sly string arrangement, ruthlessly funky subdued bass and all manner of sluggish subsonics and hazy trappings. JP

The brains behind U.S. Girls, Meghan Remy, has never been shy in dressing up her progressive politics in a shimmering retro-pop package. This second single from the forthcoming Heavy Light is no different, taking on election year rhetoric and pointing out that “You’ve gotta have boots if you wanna pull those boot straps”. It’s a succinct critique of the American dream, delivered in Remy’s syrupy register, and garnished with some particularly slinky strings. TS

The Big Moon - Your Light

The Big Moon are a group of English women who earned a Mercury Prize nomination for their indie-rock 2014 debut, now they’re back with Walking Like We Do - which favours synths and space over walls of guitar. Leader Juliette Jackson is a biting lyricist, who mulls on life in her late 20s, specifically early 21st century issues like being ghosted, environmental catastrophe, inequality, bitcoin wealth and data trails - all with wry wit.

This single ‘Your Light’ is  a straight down the line English indie pop banger about  environmental angst. It doesn’t do anything particularly original, but it's perfectly executed and I love it. KJ

Hinds first got my attention with a 2014 demo called ‘Bamboo’, and it’s nice to hear that six years later they still occupy that sweet spot between ‘too sloppy’ and ‘too polished’. This one typifies the bratty, rough-around-the-edges feel that they play up in their videos, a cheeky mid-tempo stomper strung along by the traded vocals of singers Ana and Carlotta. TS

While Koffee conquers the world in 2020 there will inevitably be more chances for Jamaica to showcase its latest generation of musical talent. Mortimer, who has been carefully building his musical armoury under the tutelage of Grammy nominated artist Protoje over the past few years, is one to keep an eye on. While ‘Fight The Fight’ unashamedly cops the Marley template, Mortimer’s vocal is strong and distinctive enough to carry it beyond, especially placed atop a sumptuous, standalone rootsical rhythm. Signed to Easy Star Records and thus far spreading his talent lightly and wisely, Mortimer has the whiff of winner about him. JP

When he’s not tending to the orange and olive groves of his small orchard in Maui, where he’s retired with his wife, Kerry Leimer makes exquisite, relaxing, enveloping and cosy ambient music.

The Canadian began making music back in the early 70s, inspired by Krautrockers like Can and Neu! and the ambient music of Brian Eno and Robert Fripp. He’s been referred to as a ‘visionary’ and I’m glad he’s come back to it. This latest project is a collaborative one with one of his old label buddies Marc Barreca - they were musing on the music of early classical composers like Marin Marais - and drew on its melancholic melodies. KJ