French For Rabbits find a new banging synth sound, British-Ghanaian rapper Kojey Radical shows his smooth side, and Wye Oak just keep on evolving - these songs and more on Song Crush this week.

Next week Kirsten is collecting a bunch of Song Crush listeners to come on the show, email with your fave song of 2019 and reasons why, by Tuesday November 19th - songcrush@rnz.co.nz 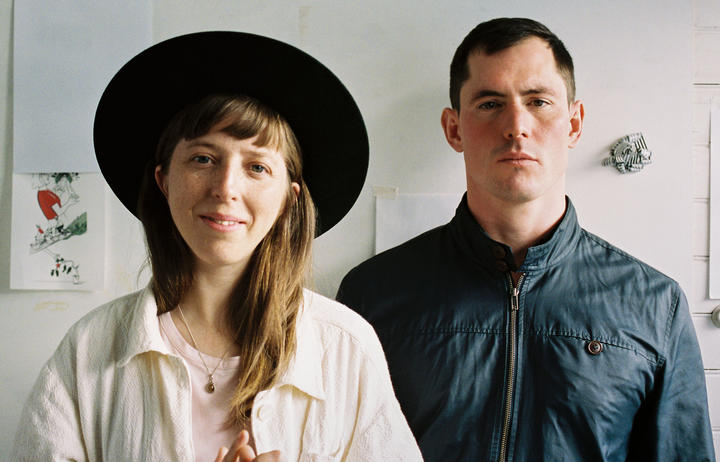 French For Rabbits - Middle of the house

FFR frontwoman Brooke Singer has always had a good ear for a melancholy melody, but here she pushes their delicate folkie sound into a more brash pop space, with the help of producer and co-writers Jol Mulholland and Australian Alexander Biggs.

The lyrics are economic - there’s nothing that doesn’t serve the story she’s telling here, as Brooke puts it “It's about childhood, letting go, moving on, and growing up.” And the production is bigger than anything they’ve previously done, but retains that beautiful intimacy they’re known for as well. KJ

Kojey Radical, the British/Ghanaian rapper, singer and mixed media artist (among a whole host of other things) released his fourth project, Cashmere Tears in September. The album is as poetic, soulful and punchy as his fans would expect. Usually someone not to shy away from political themes, the title song ‘Cashmere Tears’ focuses on the groove, in a straight up love song. Something to sway your hips to as you sip a glass of your favourite red. PD

Former Chairlift frontwoman Caroline Polachek’s third solo album Pang is her best yet. It’s sound is more pleasingly disjointed and sparse than her previous work, though she has not lost her ability to craft a pure pop song (as evidenced by the retro-synth pop ‘So Hot You’re Hurting My Feelings’). Written in the aftermath of her divorce the album explores the various emotions that go along with the process of separation. There’s uncertainty and doubt all over this album that slowly gives way to acceptance and openness as Polachek comes to terms with her new situation.

‘New Normal’ is one of the earlier tracks on the record. Over a bouncy, yet uneven feeling beat, Polachek lists an ever increasing list of mishaps culminating with a car crash and a shooting. To Polachek though this is all part of the new, dark world she finds her self a part of. “It's no big deal, This new kind of normal”.  EC

Twenty9 is a young Parisian artist who has been on the scene as a producer, DJ and singer. With many production credits under his belt, including some yet-to-be released tunes with Zimbabwean-Kiwi musician TAPZ, he has also been putting out the slickest of vibes, vocally, sonically, and lyrically (even if I don’t yet understand all the French). My favourite from all these is ‘Sco Pa Tu Manaa’. The pop-cultural relevance is just the icing on the cake. PD

Wye Oak have been busy this year. Singer/guitarist Jenn Wasner is a newly minted member of Bon Iver and released some music by her solo project Flock of Dimes earlier this year. Drummer Andy Stack released an album under the name Joyero as recently as August.

A band whose sound is definable only by it’s ever shifting nature and Wasner’s rich and dynamic voice, Wye Oak have moved from guitar noise to complex, layered electronica and now seem to have found an interesting middle ground. ‘Fortune’ builds swirling synths and crashes into guitar crunch before moving into a beautifully soft, harmonised chorus before building up again. Melodically It’s a bit of a roller coaster ride, which seems fitting given the song’s subject matter. According to Wasner,  “Life is change. Change is loss. This song is about how hard it is to let go, and the feeling of celebrating and mourning it all at once.” EC

The virtuosic guitar picking on this track immediately reminds me of Malian kora greats like Toumani Diabate, giving way to American primitive guitarists like John Fahey, and settling into an English folk lilt before heading into meditative jazz territory.

Little Common Twist is the second record by guitarist Ryley Walker and  jazz drummer Charles Rumbeck, and they move through jazz, experimental and folk and droney post-rock,  all in a very soothing, sensitive, conversational way. Recommended for chilling out the kids, focusing on study, or late night relaxation. KJ