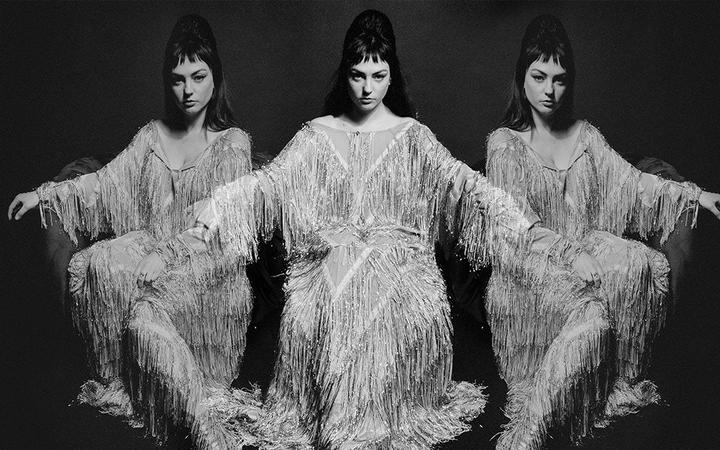 Why is Chance The Rapper’s album getting such terrible reviews? We find out, and hear some new goth-pop from Angel Olsen, a banger from newcomer Georgia, something special from Race Banyon and more.

The haunting, cinematic new song from Angel Olsen ‘All Mirrors’ speaks to women, aging, coming to terms with our reflections, the evolving presentation of our outsides, and how they affect our insides.

Producer John Congleton (who also worked on Sharon Van Etten’s 2019 album), and arrangers Jherek Bischoff and Ben Babbitt should take a bow for this one. The synth and string orchestra breakdown in the middle, swelling to a melodramatic, devastating climax, was the thing that caught my attention, and the nostalgic, disorienting 80s/Labyrinth feeling to the production serves the song well.

Georgia - ‘About Work the Dancefloor’

This irresistible earworm was the joyous highlight of a Glastonbury 2019 set that seems to have catapulted singer-percussionist Georgia Barnes to a new level. At this rate, she’ll end up more famous than her rave-royalty dad, Neil Barnes of Leftfield. RB

Cordae is the latest of the YBN Collective to issue a solo release. This debut album is immaculately produced and is bursting with guest spots from Anderson. Paak, Ty Dolla $ign, Meek Mill and Pusha T.

The Lost Boy achieves the elusive sweet spot of catering to the tastes of both the old and new school hip hop fans. In part it is Cordae's skill as a technical and precise rapper who can still spin an emotive and rich story.

This track features a charming and true-to type verse from Chance the Rapper and is the perfect antidote to what Chance could not achieve in his long-awaited debut album -The Big Day that coincidentally came out the same day as Cordae's. Whether Cordae ever delivers anything in  future as concise and enjoyable as this debut, it surely cannot be as torturous and lazy as Chance's 77-minute, 22-track long over-hyped mess. YS

Florist is the moniker of Emily Sprague, a 25 year old who grew up in the shadow of the Catskill mountains in upstate NY.

She’s written three albums - the first while recovering from being hit by a bus, the second soon after her mother died. This one seems like part of her healing process. She moved to Los Angeles, took up surfing, and wrote this album ‘Emily Alone’ in isolation, and that salty air permeates the lyrics in almost every song. There’s also field recordings - waves, footsteps and birdsong as she’s walking through the woods, making it feel very intimate, like you’re walking beside her.

It’s a deeply philosophical and literary album, with some thought provoking lyrics, but what gets me is the absolute tenderness of it, you can hear that she’s been broken. But rather than wallowing in despair, it feels like self-care, a hot compress and a cup of herbal tea.

The incongruously titled ‘celebration’ starts with a contemplative poem before opening out into gorgeously plucked folk. KJ

Eddie Johnston is best known as the pop and R&B artist Lontalius – but this new tune from his alter ego Race Banyon shows that he hasn’t lost his touch for the club dancefloor. A fevered, swooning song about desire that bodes very well for the forthcoming Race Banyon EP. RB