The Song Crush team (this week it's Kirsten Johnstone, Yadana Saw and Nick Bollinger) play remedies for your mid-winter maladies, including songs from Thelma Plum, Bob Dylan and David Kilgour. 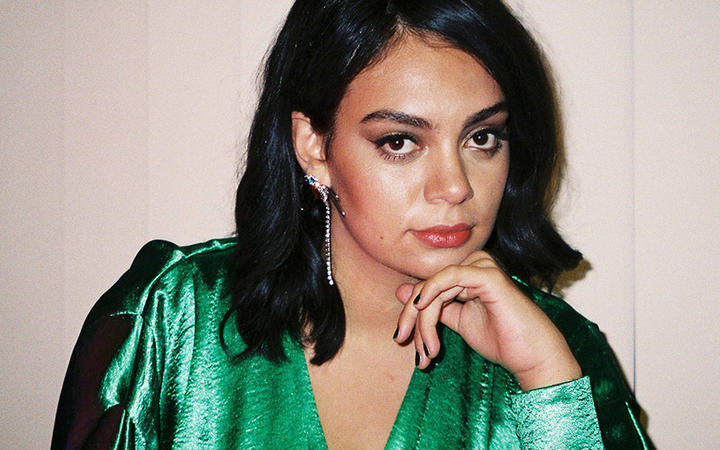 Thelma Plum is a young indigenous Gamilaraay artist from Australia. Her debut album, Better in Blak sees some heavyweight contributions from producer David Kahne, a co-write with Paul Kelly and guitar lick or two from courtesy of a Beatle (Sir Paul McCartney).

‘Love and War’, which features a guest appearance from Gang of Youths' David Le’aupepe, is about the plight of the young people incarcerated in Darwin’s infamous Don Dale Detention Centre. Plum’s refrain of ‘hold up your chin’ has an extra resonance when you learn that very little has been done to improve the conditions of this super jail since a 2017 Royal Commission of Inquiry. YS

Bob Dylan’s mid-70s, midwinter Rolling Thunder Revue tour has been thoroughly revisited in a three-hour movie by Martin Scorsese (currently on Netflix) and a fourteen-CD boxed set that presents all of Dylan’s sets from the recorded shows and even some of the rehearsals. Though the box has more than anyone but the extreme Dylanophile will need, it is strewn with gems like this unexpected heartstopper: a duet with Joan Baez on an old Johnny Ace ballad. That it finds the former lovers harmonising for the first time since the mid-60s undoubtedly gives it extra frisson, but even without the romantic backstory it is a powerfully emotive performance. NB

New Subpop signing Shannon Lay grew up by the beach in California, but her music sounds more like it came from the English midlands. There’s an old world folkiness about her phrases, tunings and finger-picking, and in this song there’s cascading fiddle as well. A saxophone and her doubled up vocals interrupt the traditional sounds just enough to make it sound contemporary.

Shannon says of the song: “I wanted to recognise that everyone else is going through something and reflect on that. Don’t be so close-minded to think you’re the only one who’s got issues, in fact, find comfort in the thought that everyone is on their own journey.” KJ

The Auckland collective led by trumpeter and cartoonist Finn Scholes describe their sound as cinematic jazz, which is exactly where the opening swirls of the piano in this song goes.

I am a complete sucker for vibraphones and a Benny and the Jets-esque rhythm. I can’t wait to hear their forthcoming album. YS

This taster from the Dunedin guitar veteran’s forthcoming album finds him in a mellow reverie, layering shimmering electric chords on top of sunny acoustic ones. Almost more of an atmosphere than a song, it’s as though Kilgour has dispensed with the traditional verse, chorus and bridge; instead he just goes to the part of the song you think is really cool and stays there. NB

Holloway Road is one of those places in Aro Valley Wellington with limited sunlight, but colourful old cottages and bohemian characters. It winds into the hills, where you’ll find beautiful, unruly bush. It’s one of these trails that Lake South has woven into a crescendoing refrain of this song “running down this track, behind Holloway Road feeling lighter...”

With a Bon-Iver-esque touch on the production, Lake South (FKA Urban Tramper) captures the nostalgia and freedom of staying out all night, shrugging off jobs, and heading for the hills. KJ