The Song Crush team this week have songs to make you bounce in your chair, others to make you weep. Host Kirsten Johnstone is joined by Tony Stamp and Brad ‘Sticky’ Warrington for new tunes by Jess B, Soaked Oats, Scott Mannion and more. 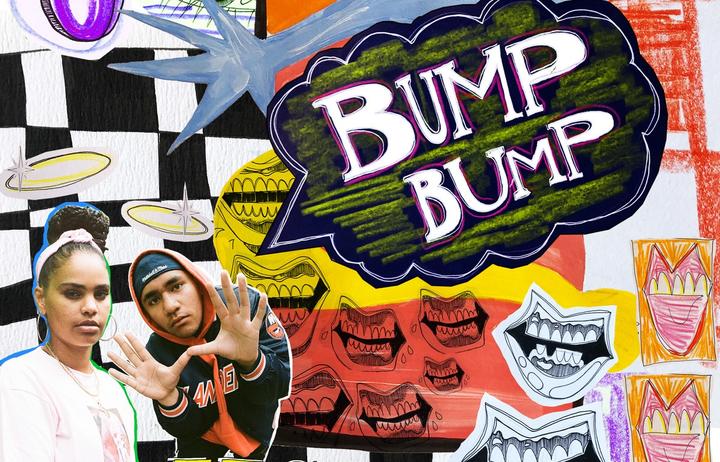 Local superstars Jess B and Church Leon pay tribute to their 90s/ 00s hip hop heroes, over a melodic, hooky beat from P-Money. Snoop and Missy get the most love, but the pair also nod to Rick Ross, Clipse, and Kanye (and probably a bunch I missed).TS

UK hip hop\grime\soul is dominating in 2019. Maybe Brexit is providing a rich form of inspiration. 'Selfish', featuring Cleo Sol, is the fourth single from Little Simz third Album Grey Area. Cleo Sol is silky smooth on the hook. I know it's good when I'm busting out my falsetto backing vocals! Head knocking beat, beautiful keys and funky bass produced by Inflo. Self-love is the message! Sticky

An angular, gritty sax line from Black permeates the song, reminding me of Berlin era Bowie, or a krautrock band like Can, with sympathetic guitar lines from Hawkline weaving gently in and out. Cate herself is nearly as cryptic as Aldous, but I take this as a pragmatic, cooling off of a long distance relationship, sung both wistfully and listlessly at the same time. KJ

Is this a song about taking naps? I wholeheartedly approve, plus it’s a great tune to boot. These Dunedinites continue to impress, expanding their palette on this song with bell sounds, synths, and some sort of sitar-type effect. Just when you’re in the groove a guitar solo roars to life and the whole thing morphs into a different song. TS

Cage the Elephant's ballad 'Goodbye' popped up on my YouTube feed two weeks ago and punched me straight in the heart. Singer Matt Shultz articulates the end of his relationship with his wife, but no doubt this tune and album, Social Cues, were also influenced by the recent suicides of two of his friends. With plenty of space in the key arrangement for the vocals to shine and the swelling strings, you will be feeling those feels. Grab a box of tissues, it's an emotional experience. Sticky

Scott Mannion - Your Kind Of Love

Scott Mannion is one of NZ Music’s great introverts, and the genius/perfectionist behind a much loved, now defunct cult band The Tokey Tones, who released two albums in 2003.

Now living in small-town Spain, Mannion will release his debut solo record Loving Echos in June, which he’s tinkered away at for a decade, spurred on by a devastating breakup.

This single came out almost two years ago, but I think it’s worth revisiting. It’s 60s grainy black and white nostalgia, and shows off Scott’s ear for a great pop melody as well as his production aesthetic. There’s so much in here, glockenspeil, horns, strings, guitars, shakers, but it never feels like too much.

James Milne/Lawrence Arabia contributed some musical ideas to this one, and Catalan singer  Clara Viñals joins Scott on vocals. KJ