On this week's Song Crush we delve into UK hip hop, doom rock, alt-country and plenty in between, with host Tony Stamp joined by Yadana Saw, Wallace Chapman, and Leilani Momoisea. 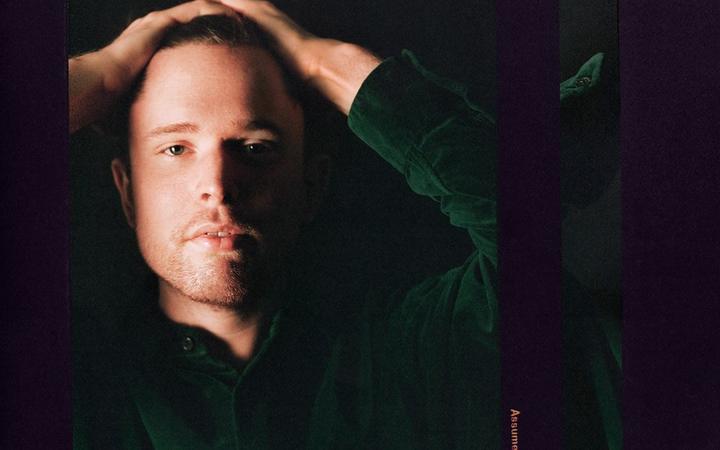 JPEGMAFIA’s maximalist, throw-everything-at-the-wall approach pays off here with his prettiest song (although it’s still pretty challenging). A leftover from his album Veteran (named so because the rapper/ producer once served in the Air Force), ‘The Who’ features random snatches of baby-talk and video game SFX, grafted to some lovely synths and a soothing vocal from Eyas. TS

James Blake's music shouldn't actually work. There are so many disparate noises, effects and tones that sound like they do not belong together, and yet the result is lush, emotional and completely immersive. Mostly due to Blake's vulnerable crooning. Ultimately it is the song I want to be serenaded by.

His latest release, Assume Form has pretty much ruined me for future Song Crush contributions because I find myself always circling back to it instead of listening to new things.YS

Dave is a South London rapper over the last few years has made some of my favourite music. He just released his album Psychodrama, which went to number one in the UK and had the most first-week streams ever for a UK rapper.

‘Streatham’ is about the streets he grew up on, and the people he grew up with, typically heavy on the wordplay, meaning one listen is never enough. LM

The Delines - Cheer Up Charley

Songwriter Willy Vlautin has a real talent for describing blue-collar American life. He’s also a very humble guy, and got a bit sick of his own voice, so he wound up his first band Richmond Fontaine, and formed The Delines with singer Amy Boone.

You could call their alt-country sound typical for Portland Oregon, but the band rises above cliches. Every song on their new album The Imperial tells a story - cleaning rooms for a living, going to work on an oil rig, trying to pay the mortgage. They’re beautiful songs, and they’ve really resonated with me. WC

A Certain Ratio - Houses in Motion

I have to admit I did not know about the existence of A Certain Ratio, one of Manchester post-punk label Factory Records' first signings (home of New Order, Happy Mondays and Joy Division) until the announcement of ACR:BOX, a 40th anniversary, 54-track box set of rarities, alternative versions and unreleased material.

The story goes that Grace Jones was supposed to sing on this cover of Talking Heads' 'Houses in Motion', alas she did not. Instead we have ACR frontman Jez Kerr. Hearing this, I can understand why LCD Soundsystem's James Murphy used the funk-post-punk-electro outfit's catalogue as study material for his own band.

I am so excited there is so much more ACR to delve into.YS

Black Mountain aren’t in a hurry. Their upcoming album Destroyer is just their fifth to be delivered over a fifteen year span, so it’s apt that ‘Boogie Lover’s appeal lies in its sluggish vibe. A hooky, fuzzed-out bassline kicks off proceedings, eventually joined by sludgy guitars, pounding drums and singer Stephen McBean’s sneering croon. TS