The Song Crush squad gets swept away by Weyes Blood, celebrates staying home with Hybrid Rose and Fanfickk, and samples Meer's aural cuisine. 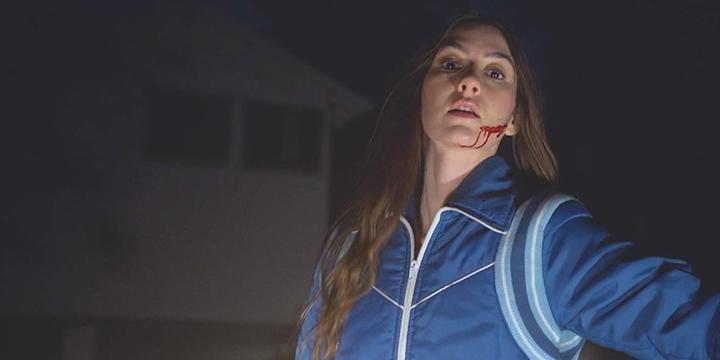 The second team-up between Wellington producer Hybrid Rose and Rotorua electro-pop artist Fanfickk is an ode to spending Friday night at home. Rose’s big beats and delicate synths are a great match for Fanfickk’s wicked sense of humour as she celebrates the joy of her own company (and her cat’s). TS

Weyes Blood - Something To Believe

Weyes Blood is the project of Natalie Mering, a 30 yr old singer songwriter from Santa Monica. Taken from her new album Titanic Rising, musically this seems instantly familiar, taking cues from folk rock bands from the '70s. I think it sounds like The Carpenters, ala 'Superstar' or 'Let Me Be The One', with such pure vocal tone.

When she sings the chorus “I just laid down and cried/ The waters don’t really go by me/ Give me something I can see/ Something bigger and louder than the voices in me”, her voice completely takes flight over the music, which explodes into this textured, lush orchestral masterpiece. The guitar tones evoke bands like America, The Eagles, or Bread.

This song has been completely killing me, in a really good way, it’s just so familiar, magical and wonderful. I love her. JW

Recent-Auckland-departee lyricist/rapper Meer has been releasing a string of consistently excellent singles since her first solo EP KUSHARI arrived in December 2017. Like KUSHARI before it, 'FATOUSH' shares its name with a traditional dish from Meer's Middle Eastern heritage. Using food as a metaphor/synecdoche for incredibly personal narratives of consumption, desire, belonging, comfort, and self-control vs. abandon was also rife in Meer's collaborative work in Auckland two-piece HEAVY (later named Cool Tan), but here it's now coupled with her first verse in Arabic, playful shifts in vocal pitch and an undeniable sense that 'your milkshake' < Meer's 'Fatoush'. ST

These two young men (each 19) have just delivered their third album Imported Smoke - their second full-length of 2019. ‘Dwayne’ glides by on an irresistible guitar hook courtesy of producer Lightskinjohn, while rapper Brandn Shiraz shouts out Sopranos character Bobby Bacala before lingering on the self affirming refrain “I’m a good looking rapper”. TS

Sisters Jennifer & Jessica Clavin, formerly of Mika Miko, formed Bleached in 2011, becoming known for their high energy, melodic, driving punk-pop songs. 'Shitty Ballet' opens with a simple acoustic guitar, and a sweetly sung double tracked vocal, which makes you think they’ve taken a new musical direction, then at 2:45 it suddenly breaks out into a distorted grunge song with the full band behind them. You really need to watch the video to see the visual representation of this. JW