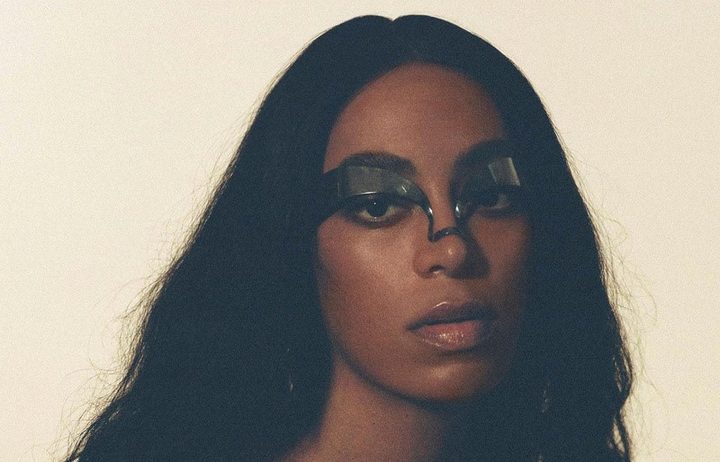 Solange - When I Get Home cover Photo: Columbia Records

We can’t really talk about single tracks here, because When I Get Home is a concept album, a homage to Solange's childhood in Houston. In the style of a mixtape, there are 19 tracks in this collection, and at least a dozen collaborators, each adding their own stamp to the album. Repeated listening reaps rewards here.

It has references that only a Houstonian would hear, like the chopped and screwed production popular in that city in the early 90s, there’s street names, including the one Solange and her big sis Beyoncé grew up on, and some notable names from the area like actor Phylicia Rashad and writer Pat Parker. But even if you don’t get any of those touchstones, it’s still an engaging and enjoyable listen, once you get past the (perhaps willfully) unpolished, sketched feel of it.

There’s experimental jazz in here too - Sun Ra, Alice Coltrane, and Stevie Wonder’s album The Secret Life Of Plants were all inspirations, and understanding those roots make this album make a whole lot more sense. Solange is not out to make R&B hits. This is complicated, layered music that crosses many genres and scenes, fluidly and thoughtfully. JW, KJ + TS

Solange did some recording in the Jamaican estate that Joni Mitchell painted a mural in, in 1971, and she has cited Joni as an influence on this body of work, but I can’t help but hear 'Binz' as a homage to legendary Jamaican MC Sister Nancy. KJ

Self Esteem - 'The Best'

Inventive melodies and production flourishes aside, what sets this apart is a tongue planted firmly in cheek, in a very English, tracksuit-wearing, Lily Allen-type of way. TS

Helado Negro (Roberto Carlos Lange) is an Ecuadorian-American who’s been releasing a stylistically diverse array of music relentlessly for the last decade. ‘Pais Nublado’ from his forthcoming album This Is How You Smile is a quiet, bilingual meditation on uncertainty and patience.

With a mid-tempo bossa rhythm, it’s weightless, like the clouds in the song. There’s an earthiness to the nylon acoustic guitar, juxtaposed with airy, spacey synths, and his quivering vocal vibrato is gorgeous. KJ

Breaking away from her singer-songwriter acoustic roots, Melbourne artist Laura Jean wrote her 2018 album Devotion on a 90s Kawai X 120 keyboard, and gave it a distinctly pop flavour.

The lyrics that start the song: “You get bored of my stories / You don’t really like to kiss / When I talk dirty to you / You act so confused” are what hooked me in - everyone’s been in those painfully awkward relationships. JW

The most reliable electronic producer ever is back with a new stonker, showcasing an old Nelly Furtado vocal over a classic Tet stomp. This one’s done the rounds at UK festivals for the last year or so courtesy of Kieran Hebden and his DJ pals, but an official release was presumably held up by copyright issues. Rejoice then that it’s here in the digital realm, all the better to serve your impromptu living room dance parties. TS

Stella Donnelly is a songwriter from Perth whose sass and sense of humour shine through in her songs immediately.

‘Lunch’ is a waltz about the disconnection of touring life, and lines like “You cry like an army, you drive like P-plates” make me smile, but it’s the soaring melody in the chorus that really hooks me in. KJ

Listen to the Spotify Playlist here: