A panel discussion about trans and non-binary lives

“I decide who I am. I decide how I identify. You bloody don’t.”

“I came out when I was eight,” says Lexie Matheson, “but I didn’t tell anybody for 50 years.”

Keeping her sense of being trapped in the wrong, male body a secret, she was jolted into greater self-awareness by the 1985 New Zealand film Jewel’s Darl, which featured a young Georgina Beyer as its transsexual star. “I thought that reminds me of somebody. And it took me a long time to realise it reminds me of me.” 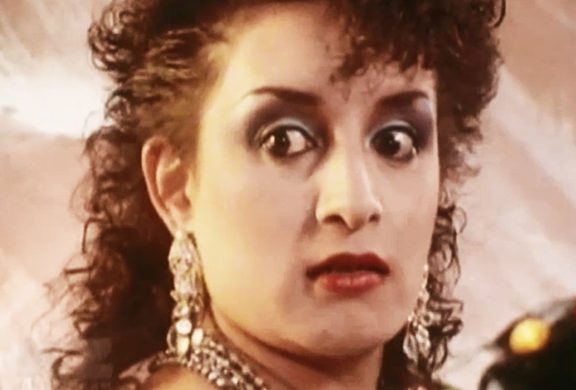 When Matheson came out twenty years ago, it was as a transsexual, because that was the only word she knew at the time to indicate gender fluidity or transition.

Now, though, she is very clear that she sits firmly in the binary category. Although she was born biologically a male, she considers that she has always been a woman, adding “It just took me a whole lot of years to work out how I could live that life authentically.”

For others, she celebrates that there is now there’s a whole range of things you can be: gender-fluid, gender-queer, asexual. For herself, she prefers the Māori term whakawahine.

“I don’t want to be identified, or identify myself by some clinical sexual term. I don’t like that. I want something that’s a bit magical, and a bit different, and whakawahine means travelling towards womanhood.”

Whatever the term, it’s critical to her that she makes the call.

Georgina Beyer on film – in Jewel’s Darl, and the 2001 documentary Georgie Girl.

Victor Rodger is a New Zealand-born playwright of Samoan and European descent. His plays include Sons, My Name is Gary Cooper and the award- winning Black Faggot which has been performed to sell out houses in Melbourne, Brisbane, Edinburgh, Honolulu and throughout New Zealand.

Black Faggot was last year published by Victoria University Press alongside his plays At the Wake and Club Paradiso. His short story, Like Shinderella, was also published in the Maori/Pasifika anthology and Black marks on the White Page, edited by Witi Ihimaera and Tina Makeriti. Victor ia this year's University of Auckland Resident at the Michael King Writer's Centre in Devonport.

Her book Change for the Better- the Story of Georgina Beyer published in 1999 and reprinted again in 2002 by Random House chronicled her personal story. In 2002 her documentary Georgie Girl screened to an audience of 250 million on CBC Canada, Channel 4 in the UK, Scotland, Ireland and SBS in Australia. She is a patron of Frontier & Western Shooting Sports Association and Rainbow Youth.

Lexie Matheson is a Senior Lecturer and Academic Equity Leader at Auckland University of Technology. She was born in the pouring rain at the 1998 Hero Parade and celebrated her 20th “tranniversary” during Pride 2018.

In the intervening years she’s graduated with a master’s degree, begun the PhD journey, been beaten up and arrested (more than once), got married to Cushla, co-parented Finn and re-established relationships broken by transition.

A founder member of the Pride Board, she was appointed to the Auckland Council Rainbow Communities Advisory Panel and represented NZ at black belt level in karate in 2017. She was made an Officer of the NZ Order of Merit (ONZM) for services to education, the performing arts and LGBTQI+ rights.

Nikolai Talamahina is a transgender musician of Niuean and Samoan descent based in central Auckland. He has lived in both Auckland and Melbourne, and performed across New Zealand and Australia.

Nikolai both performs solo and as a DJ, under the pseudonym Brown Boy Magik, through which delivers an expectation-defying sound that fuses R&B, hip-hop, neo-soul and electronic music.

Aych McArdle is a community advocate and LGBTI+ human rights defender based in Tāmaki Makaurau. In 2016 they received a scholarship to participate in ISHR's "Human Rights Defenders Advocacy Programme" in Geneva to participate in an intensive training programme on how to use UN mechanisms in grass-roots activism.

While in Geneva Aych also had the opportunity to participate in the 32nd UN Human Rights Council which saw the adoption of the historic SOGI resolution establishing a mandate for an independent expert on Sexual Orientation and Gender Identity at the UN.