He Mana, He Wahine - a panel discusses the current state of feminism in New Zealand 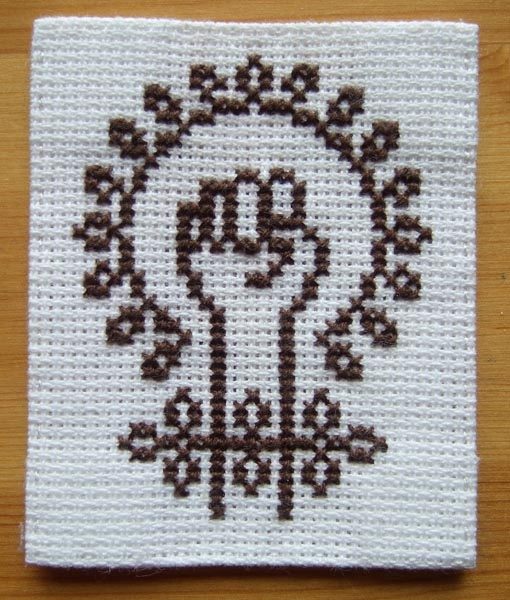 According to Dr Pala Molisa, pay inequality is one of the most fundamental economic issues that a lot of women fought for in the early years of feminism, and it’s still a problem today.

However, he thinks that it’s really only one of the symptoms of gender inequality which exists in a patriarchal culture greatly affected by colonisation. “We really can’t start to get our heads around pay equity,” he adds, “until you start confronting the wider structural realities of colonisation as a whole.”

Not necessarily so, according to Dr Ngahuia Te Awekotuku.

Thinking back to the formation of the very first women’s groups in Auckland, she agrees that one of their slogans was equal pay for equal work. “45 years later,” she says, “there are still huge disparities. Much of the bias comes from male privilege, and from the notion that what men do is worth that much more.”

However, she takes issue with the notion that colonisation is to blame. “Before the Victorians came, before the colonisers came, Aotearoa was a battlefield. These islands, these lands, this very hill on which the Museum is constructed , were contested. To assume in any way that the 700,000 immigrants who arrived after 1840 and before 1890 were responsible for all the problems we have is unfair and untrue.” 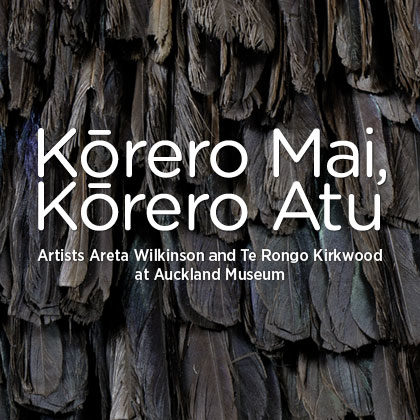 That’s not to say that the patriarchal attitudes of the colonisers didn’t have an impact. Te Awekotuku criticizes what she sees as the neglect and misrepresentation of traditional Māori women’s art, citing the absence of a single item made by women in the otherwise ground-breaking Te Māori exhibition which toured the USA three decades ago.

It’s a different story now. “I come into the Museum thirty years later,” she says, “I see Te Rongo Kirkwood and Areta Wilkinson’s glorious show Kōrero Mai, Kōrero Atu, and I’m reminded of the magic and mana of weaving.”

She notes, too, the presence in the Auckland Museum of Te Toki-a-Tāpiri, the carved war canoe commissioned by a Ngati Kahungunu chief in the 1830s. Despite the artistry, the carving, the magnificence of that object, it was traded for a cloak, a woven garment known as Karamaene.

For Te Awekotuku, this is proof that an object created by women was once considered to have the same status and value as a carved Māori war canoe. And when she first heard the story, “it just made so much sense” as she thought of her own upbringing by women expert in weaving.

She considers that the story repudiates the notion that so many ethnographers, historians, Victorian gentlemen collectors (and privileged Māori men who curated the Te Māori exhibition), would have us believe: that women make craft, and men make art.

“That,” she concludes, “is bullshit.” 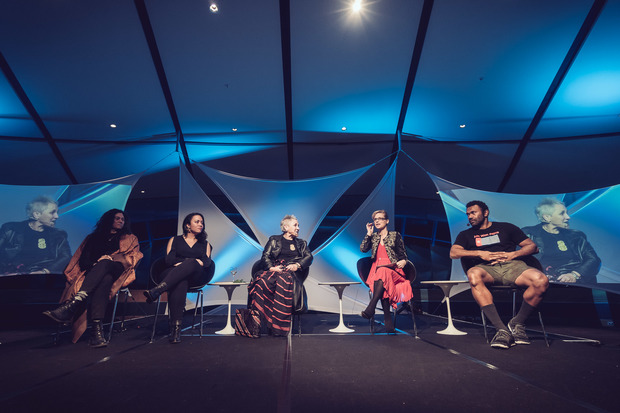 Mihingarangi is an award-winning investigative journalist, television interviewer and mother of four. She got into hot water when she investigated the much respected Kōhanga Reo Trust. Veteran broadcaster Derek Fox coined a new phrase when he accused her of being the root of the "pakehafication of Māori journalism". Mihingarangi is Māori Issues Correspondent for Radio New Zealand.

Courtney Sina Meredith is a poet, playwright, fiction writer and musician. Her play Rushing Dolls (2010) won a number of awards and was published by Playmarket in 2012. She held the LiteraturRaum Blebitreu Berlin residency in 2011, and in 2016 she will take up the University of Iowa’s International Writing Program Fall Residency. Courtney’s first book of short stories Tail of the Taniwha was published in August, following her much lauded 2012 collection of poems, Brown Girls in Bright Red Lipstick.

Ngahuia Te Awekotuku grew up in Ōhinemutu, Rotorua. She has been a fierce advocate for Māori, women’s and LGBT rights for nearly five decades. Her PhD in psychology (1981), focused on Māori women and tourism. Her research on culture, gender, and sexuality has been published extensively. Her publications include: Mau Moko: The World of Maori Tattoo (2007) and E Ngaa Uri Whakatupu: Weaving Legacies (2015). In 2013 she worked on the exhibition Tirohia Mai: Look at Us Now, which celebrated 120 years of women’s suffrage.

As a child in Vanuatu, Pala Molisa was dragged along by his parents to protests about gender justice and conferences on Pacific development. Pala has a PhD in accounting and teaches at the School of Accounting and Commercial Law at Victoria Business School. His research focuses on the little-known area of social and critical accounting – a radical new accountancy that brings a whole raft of social indicators to your typical balance sheet.

Sistar S’pacific aka Rosanna Raymond, an innovator of the contemporary Pasifika art scene as a long-standing member of the art collective the Pacific Sisters, and founding member of the SaVAge K’lub. Raymond has achieved international renown for her performances, installations, body adornment, and spoken word. A published writer and poet, her works are held by museums and private collectors throughout the UK, USA, Canada, Australia and New Zealand. A dynamic artist, her work is consistent in its celebration of Pasifika and the engagements it invokes and evokes; whether between museum collections and contemporary Pacific art or museums and urban spaces.