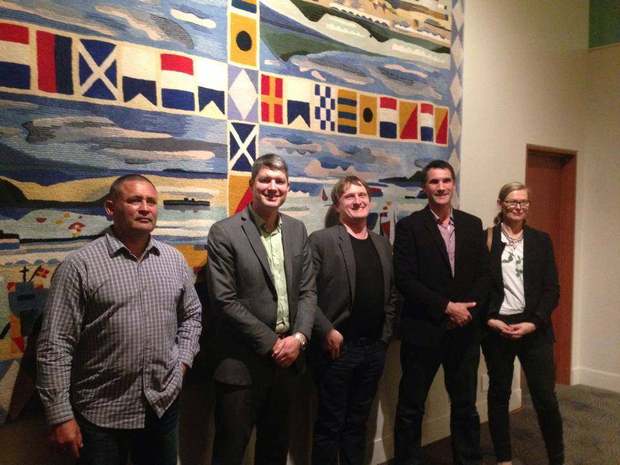 When asked by Smart Talk host Jesse Mulligan who inspired him to learn the art of celestial navigation once used by traditional navigators exploring the Pacific, Jack Thatcher gives a surprising reply: “Captain James T Kirk, I suppose,” adding “I’m a Trekkie and proud of it.”

During childhood, when he used to religiously watch Star Trek, he learnt by heart the voiceover which began each programme:

"These are the voyages of the Starship Enterprise. Its five-year mission: to explore strange new worlds, to seek out new life and new civilizations, to boldly go where no man has gone before." 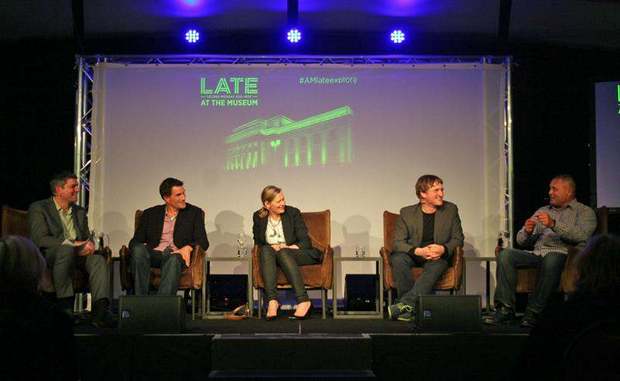 This session of Smart Talk at the Auckland Museum brought together Thatcher (right) with astrophysicist Richard Easther (second from right) designer Kate Sylvester (centre) and explorer Kevin Biggar (second from left), to talk about the idea of exploration.

For Kate Sylvester, creating successful fashion involves dealing well with failure. Her initial foray exporting to Australia resulted in a multinational company challenging her brand name Sister. “We had to pull all our product back. We were basically banned from trading into Australia. That was such an appalling thing. This was our baby, everything we loved.” The possibility of walking away from that market was considered, but rejected. “The way we resolved it was we changed the brand. It became Kate Sylvester. And so we never looked back.”

To astrophysicist Richard Easther, the failure of ideas is a key part of the scientific process.

I think there’s this myth of science that you sort of sit there waiting for this epiphany and when it happens you know it that it’s happened.

But for him, the reality is very different. “For me epiphanies happen about twice a week. Most of them don’t survive. You think about them for a bit and you realise no that won’t work, or someone’s already done it, or it leads to something which doesn’t look like our universe. For me there’s this continuous process of generating ideas, and then kind of chopping them down. And so 99% – or at least some large fraction – of the ideas I would generate don’t actually lead to anything. There’s always this expectation that things won’t work and it’s only until you’ve checked it multiple times that you know that it’s actually something that’s promising.”

Failure is similarly embraced by explorer Kevin Biggar, with the proviso that it should happen during the lead-up to the expedition, rather than while it’s actually happening. “Mostly we try and avoid what’s going to go wrong by learning from what other expeditions have done and what’s happened to them.”

“When you’re taking on these things you really don’t want anything bad to happen. The perfect expedition is where nothing goes wrong. So you do a lot of research to find out what’s happened in the past. Like in the Transatlantic race, there were two guys out in the middle of the ocean, one turned to the other and said, ‘About your wife and I….,’ and they didn’t make it to the other side.”

Biggar also cites the team of rowers which couldn’t agree on what direction to take during the Trans-Atlantic Rowing Race. “There’s two school of thoughts about whether or not you should go south or west to get across. Some people say you should go west, the shortest, others say go south because you get more assistance from the wind and the currents when you do go west. But you have to choose one. There was this crew who couldn’t resolve it between themselves, so on one shift one guy rowed south, and the other shift the other guy rowed west.”

Even when a team of explorers is of one mind, they may have to weather ill-informed comment from those who don’t understand what they are doing. This happened to Biggar while training for an expedition to the South Pole. “We were dragging a lot of car tyres around,” he recalls. “And you look pretty stupid as you do walking through the streets of West Auckland. And if you don’t think you look stupid there will be plenty of people who will shout out their windows and tell you.” The best piece of advice he got was from someone who called out “Loser! Where’s the rest of your car?”