Can you hurry up with the cheque for $170 million? I’ve got to cut the pig up! 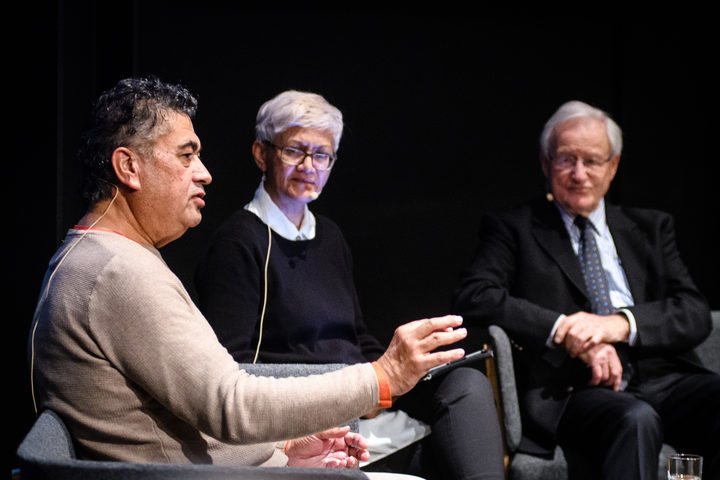 When Ngāi Tūhoe leader Tamati Kruger’s years of intense negotiation with the Crown finally resulted in its treaty settlement, he wasn’t anticipating the slightly farcical scene which ensued when the time came to collect the proceeds.

He recalls the Crown paying in all this money. “I think it was $170 million. And we had all decided that we wanted to take it over the road to another bank. So we had to ring up the three trustees that had the mandate to sign things off. One was singeing the pig up in the Waimana Valley. So he turned up all dirty in gumboots.”

The other one was at work and only had one hour to spare. “So we walked into one bank and then one of us announced that we were here to pick up the $170 million. They then called the manager and the manager rang Wellington and Wellington rang someone else. We were all standing around and they were looking at the guy who smelt of a pig and had blood all over him. And he was saying ‘Can you hurry up? I’ve got to get back. We’ve got fundraising at the marae. I’ve got to cut the pig up!’”

As the bank in Whakatane did not have the $170 million, it had to give the group four cheques approved by various people in Wellington and elsewhere. “So,” Kruger recalls with a laugh, “we all got a cheque each. And then we went out in front of the bank and started doing selfies with the cheques.” And then they went across the road, handed over the cheques to the other bank and watched the money being deposited before getting back to their everyday lives.

Along with Kruger, the former New Zealand Prime Minister Rt Hon Jim Bolger sits on the Te Urewera Board of the Ngāi Tūhoe iwi. During his time as PM of a National-led government, Bolger pushed the Treaty settlement process along. He recalls feeling then that we were in new territory: “I had the government willing to confront these issues and deal with them because they had to in my perspective.”

His Irish ancestry meant that he knew what it’s like to be a victimised people. “We could give you long centuries of it,” he says. “Terrible stories. So what we had to do then as a government was to put value into the words of the Treaty. And do something. And reach what was considered to be a fair and honourable settlement in the circumstances of the day.”

Were the settlements fair? “That is very hard to determine. It’s always going to be arbitrary. I think we were approximately right.”

Speaking from the other the other side of the negotiation process, Tamati Kruger reflects on the involvement of Ngāi Tūhoe, and iwi expectations that justice will be delivered. It is, he feels, a false hope. “That whole process does not deliver justice. It delivers what we euphemistically call redress, which is code for ‘we’ll do the best we can.’ A lot of iwi come out rather flat, thinking ‘Well, what happened to the justice part of it?’ But I think that comes later. You see, you deliver justice to yourself. That’s not the business of the Crown.”

Expectations and fears were also something Jim Bolger had to deal with. He recalls being urged by just about every National Party supporter in the South Island not to settle with Ngai Tahu before the 1996 election. However, he told them he would do so, and that they would find that the world went on the same the day after the settlement. However, he adds, “we would have done something that was right and honourable and they’d be proud of it.” In the end, he doesn’t think it cost National a vote.

Having the Crown apologise for its past behaviour was then a new idea, but Bolger defends it vigorously. “When you think about it,” he says, “it’s an absolutely essential concept. There was no question who had been disadvantaged – I’ll use a very gentle word – by the actions of the Crown through the colonial government and subsequently, and they were the iwi.” Because of that history, he has no difficulty in accepting the principle that the Crown should give a full apology for the crimes that it had committed.

You can’t turn the clock back, he suggests, but you can at least acknowledge fault in a very full way. He describes the reconciliation statement the Treaty Negotiations Minister Chris Finlayson delivered at Parihaka in June 2017 as being “extraordinarily powerful. Extraordinarily emotional. And I don’t think there would have been a single person who wouldn’t have felt it was the right thing to do.” 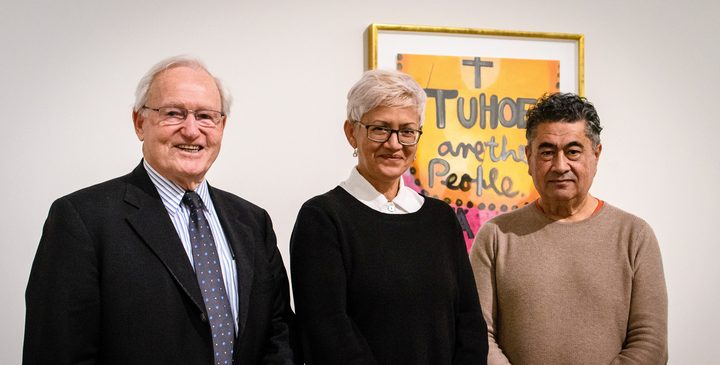 This event was recorded in front of an audience at the City Gallery Wellington as part of the Deane lecture series in association with the major exhibition Colin McCahon: On Going Out with the Tide.