What are humans good for?

The new role of humans are taking up in a world full of machines is explored by Prof. Karl Dolb: “You don’t have to be a futurist to see the effects of near-constant connectivity, automation and machine intelligence. Looking around, you might wonder - what are humans good for? What types of intelligence do we need not just to make a living, but to make a life in a world where robots are eating our jobs?”

Geoff Colvin on humans vs machines

Raising the Bar: sharks and the brain 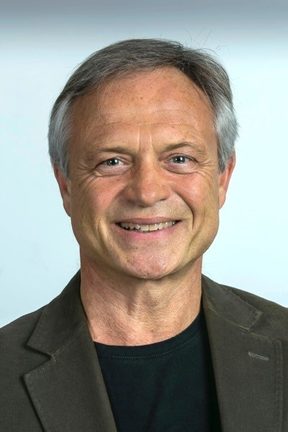 Professor Darl Kolb is a pioneering theorist on socio-technical connectivity and the first ‘Professor of Connectivity’ in the world.

Kolb received his PhD in organisational behaviour from Cornell University and has been a Visiting Fellow at the University of Cambridge.

His main research interest is in the area of managing personal and organisational connectivity for performance and well-being.

Prior to becoming an academic, he worked as an Outward Bound Instructor throughout Colorado, New Mexico, Texas and Alaska.

You can now find him in at the Graduate School of Management within the University of Auckland Business School.