The ABC's Paul Barclay hosts a trans-Tasman panel discussion about how online home delivery can be done in ways that don’t make things worse for climate change. The focus is on sustainable packaging and carbon-neutral delivery. 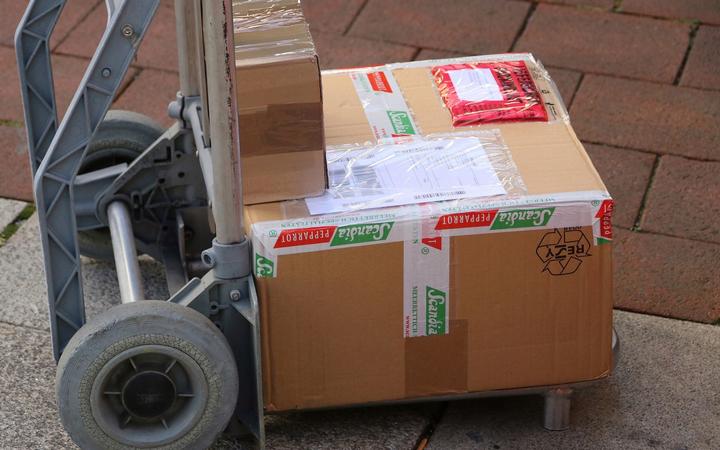 The New Zealand speakers are Kate Bezar from The Better Packaging Co., Dr Jonathan Baker, Senior Lecturer International Business Strategy and Entrepreneurship at AUT. And they’re joined in Australia by James Chin Moody from the delivery company Sendle (which competes with Australia Post by flourishing its eco- and carbon-neutral credentials), and Cinzia Cozzolino, the founder of Smoothie Bombs, a product which had once used plastic packaging but has now converted to ecologically kinder alternatives.

Together they explore the economics of sustainable e-commerce - supercharged by Covid restrictions worldwide - while noting the areas in which it remains environmentally challenged.

An increase in online purchasing means an increase in the packaging that is required to send all of those goods out all over the world. Items that are purchased online require more packaging and wrapping for shipping, in addition to their existing packaging. And often this packaging is plastic. Is this the Achilles heel of e-commerce – that it can, and does, lead to more waste?

I guess you could argue that. But if you took a more broad perspective of plastics generally, we’ve had problems with plastics since the invention of plastic as a petroleum product. I’m doing a case study at the moment of the way the plastics industry in the United States managed to deflect all responsibility for this extraordinary waste they were creating, and instead forced that responsibility onto individual consumers who engage in recycling (and much of that is ostensible recycling, not actual), and then governments as well that have to have these agencies that run these recycling programmes.

So yes, e-commerce has seen a growth in waste. You’re right, these products that if they were bought from a brick and mortar retailer, they would have been just shipped in on a pallet or in a box, and the consumer walks away with the product.  Now it’s got to be packaged and often packaged again for the courier. On top of that, products that are bought online are three times more likely to be returned, which is another set of packaging and shipping. How are businesses going to respond to this, and to consumer concerns about this?

And that’s why we’re seeing the rise of businesses like Kate Bezar’s which is seeing a 200% growth – extraordinary growth – because there are some consumers who are aware of this problem.

Well, in fact, all of the business people we have on the panel are responding to this central issue, which is why we’ve got you all here. Kate, you’re the co-director of the Better Packaging Co. which aims to create more sustainable packaging for use in e-commerce. Tell me about your packaging. 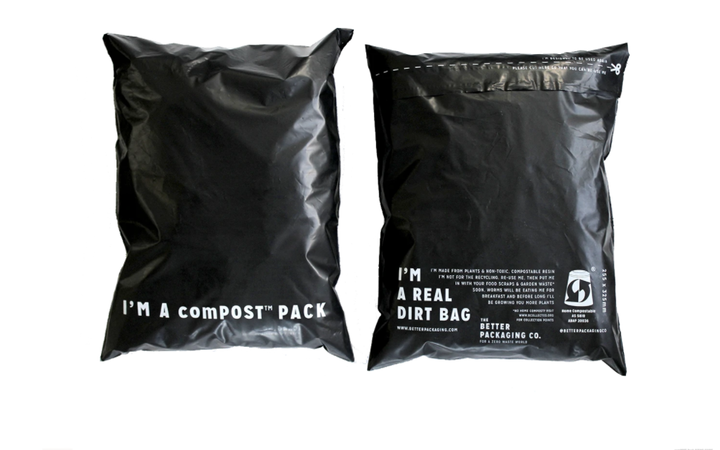 Rebecca Percasky and I started this company 3½ years ago and went through a very extensive evaluation process to work out what did actually constitute the most sustainable packaging options that were also fit for purpose. We took a very holistic view looking at what were the inputs to these materials, how were they produced? Paper is a fantastic product but in its production, there’s a lot of water, energy and chemicals like bleaches used. And so that ruled that out for us. Right through to end-of-life.

And when we found a material that functioned almost identically to plastic but was able to decompose in a home compost in a very short time – less than 180 days – the appeal was huge. Recycling of plastics is getting better but it only goes so far. So the idea that we didn’t have to rely on external infrastructure, councils, etc., to dispose of our packaging for us, and that it could be disposed of by the end-user was extremely attractive. 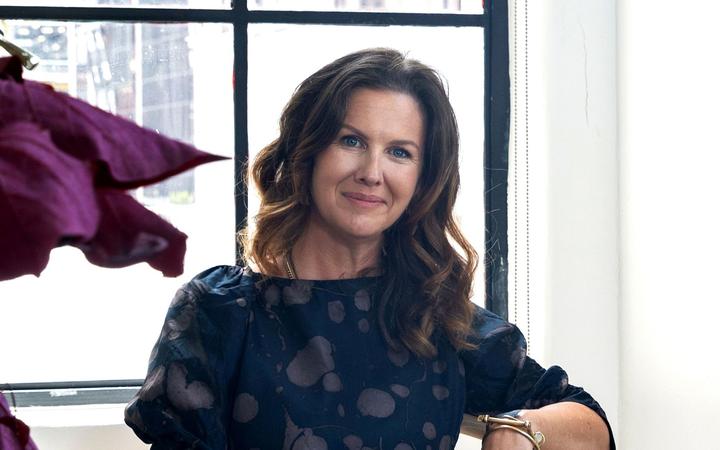 At the age of 28, Kate left an international management consulting career to found Dumbo Feather magazine in Australia. She edited and grew the magazine with a focus on social and environmental change-makers for eight years before selling. It’s still going strong. After running her own business as a branding, marketing and communications strategist, she created the Better Packaging Co. with her co-director Rebecca Percasky. Together, they share a vision to create more sustainable packaging solutions for business, with a particular focus on e-commerce.

The Better Packaging Co. is the first and largest provider of home compostable packaging solutions for e-commerce in Australia with at least 85% market share there.  It produces a range of packaging from courier bags to padded mailers, poly bags, magazine flow wrap labels, gloves and branded packaging. The Australasian business continues to grow at 15 per cent per month and was profitable within nine months of being established in 2018. 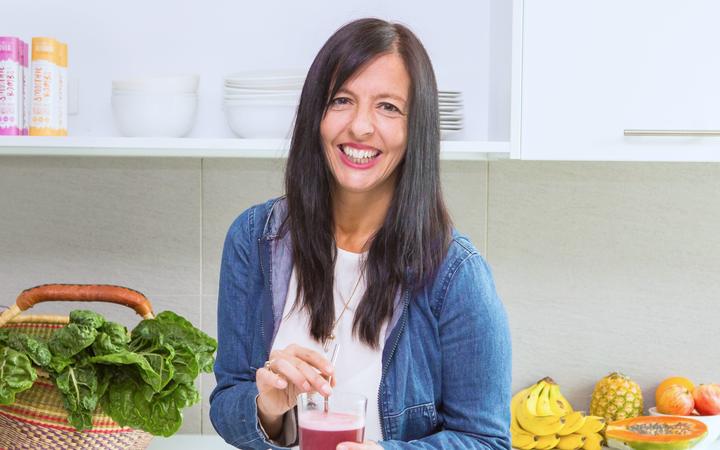 Smoothie Bombs was an accidental invention by Cinzia which helped solve the problem of getting her daughter, who was a fussy eater to consume fruit and other healthier food. Eventually, she came up with a pre-proportioned smoothie booster that could be put in a blender with milk to ensure her daughter got the nutrition she needed. She then designed some packaging and started selling her products online, now exporting them around the world to Pacific, the USA and New Zealand. Since COVID-19 appeared, these sales have increased by over 150%, and over 3,000 smoothie bombs a month are sold online.

As the smoothie bombs are individually wrapped, customers were very aware of the packaging required to keep the product fresh and safe – and they also made it clear to Cinzia that they didn’t like the waste of plastic this originally involved. So in response to this customer pressure, she sources compostable wrappers which cost four cents per wrapper rather than one cent for a plastic wrapper. Because of the brand loyalty, and the brand values, her customers embraced this change. 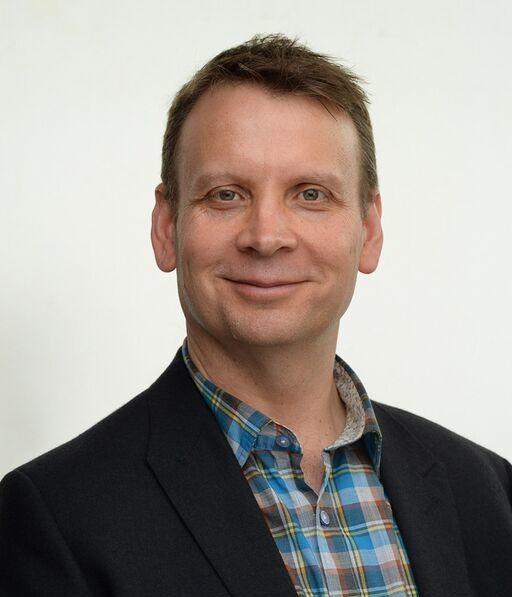 A senior lecturer in international business strategy and entrepreneurship at Auckland University of Technology, Jonathan is interested in the meeting point between marketing, strategy, and social impact. This cross-disciplinary area has been a long-time focus of his research.

Jonathan's research and teaching is informed by a lengthy former career as a creative artist. Prior to moving into academia, he spent 21 years as a full-time professional orchestral musician. He has also served on arts boards as a Trustee for the Auckland Philharmonia Trust and as a Director and Chairman of the Board for Dance Aotearoa New Zealand. 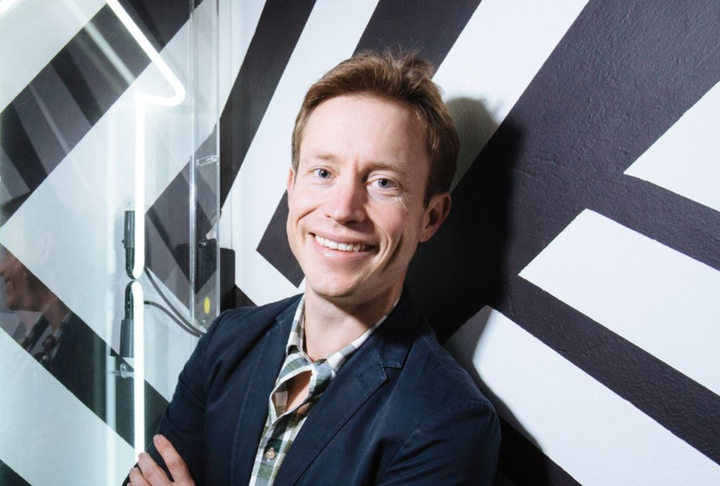 James Chin Moody is co-founder and CEO of Sendle, an Australian firm that aims to provide shipping that is good for the world. It provides the only 100% carbon-neutral package delivery service in Australia and the United States.

James was a member of the Executive team at Australia’s national research agency, CSIRO, for eight years and was previously the Chief Systems Engineer for FedSat, the first Australian satellite to be launched in 30 years.

James is a recognised expert on innovation, sustainability and the circular economy. He is the co-author of “The Sixth Wave: How to Succeed in a Resource-Limited World” which was published in 2010 in English, Korean, Japanese and Chinese. For seven years, he was a regular panellist and judge on the ABC TV program “The New Inventors”. He has been a member of the World Economic Forum’s Global Councils for over 10 years including as Co-Chair of the Global Future Council on Digital Economy and Society and Vice-Chair of the Global Agenda Council on Intellectual Property. He has also received numerous awards recognising his ability as an entrepreneur and leader. 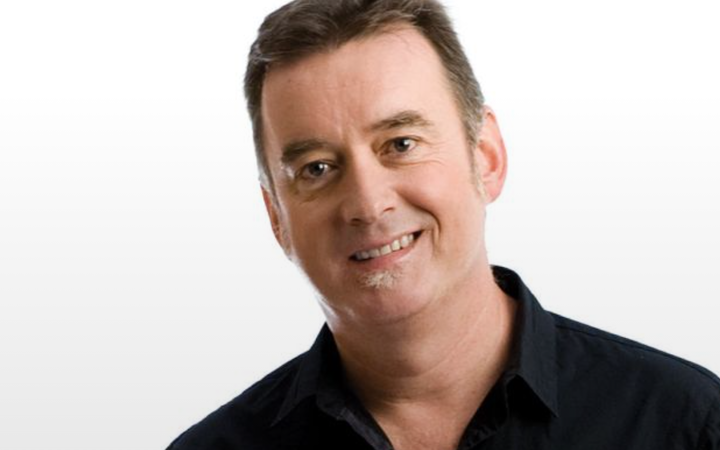 Paul Barclay is a Walkley Award-winning journalist and broadcaster with an appetite for ideas and in-depth analysis and discussion. He has produced countless stories over more than 20 years for an array of programmes on virtually all ABC radio networks. He is currently host of Radio National’s Big Ideas, the slot in which this programme aired in Australia.

Thanks to the ABC and producer Mary-Anne Waldren for RNZ's access to this recording.