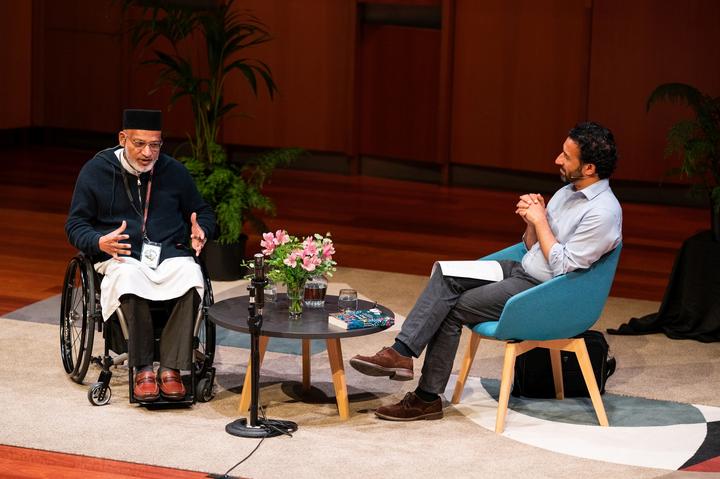 In this moving session from the 2020 Word Christchurch Spring Festival, Farid Ahmed talks about his wife Husna, who was murdered in the terror attacks in Christchurch on 15 March 2019.

In conversation with Raf Manji, he outlines his philosophy of forgiveness, peace and love. This view of the world had tested by the experience of having been made a paraplegic in a car crash decades ago. In the aftermath of that accident, he had been given only a 7% chance of survival, but Husna remained by his side in the hospital for the two full weeks in which he lay in a coma. 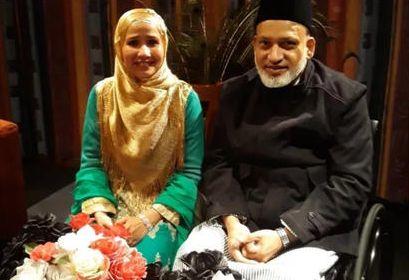 Sustained by their love through many years together, Farid has written Husna’s Story to celebrate her life, brought to a bitterly premature end two years ago.

“She sacrificed her life for others, for me,” he says. “She could have run away. The eyewitnesses say she came in and out three times. The third time when she went out, the gunman was going away, so he shot her. She gave her life for saving others, and most particularly for saving me.”

Having forgiven the drunk-driver whose actions had made Farid a paraplegic twenty years before, he found himself in the same situation again this time.

“I grieve, I cry, I feel sad,” he reflects. “But I never feel angry. I never feel any hate. Even when the shooting was going on, I was calm. I was peaceful in my heart.”

But that doesn’t mean he wasn’t distressed by Husna’s death, and even now three things give him pain when he thinks about her.

“The one thought always with me is, ‘How did she feel when she was shot?’ I wish I knew. I hope she did not suffer.”

The second thing was having been shown a news photo of her lying down on the concrete. That picture, which went viral was shared with him only a few hours after the attack.

The third thing which stuck in Farid’s mind was how physically close he had been to Husna, even though they never saw each other: “She went right inside the mosque, where usually I used to pray in the front row on the right-hand side. Just in front of the window. So she went there, to the window. I was only a few metres away, but I could not see her and she could not see me.” 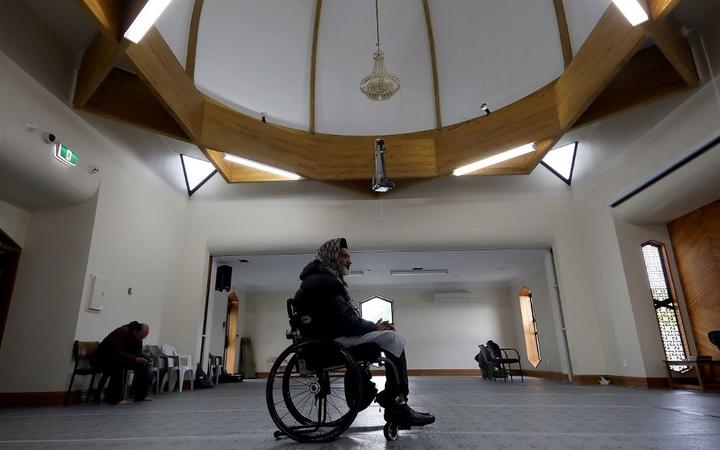 When the shooting began, Farid made his mind peaceful, as he thought that it was his last day.

He even recalls smiling at one point when thinking of the medical advice given to Husna decades before that he had only a 7% chance of surviving the crash which made him a paraplegic. “Now sitting here 21 years after, why should I complain? So I said ‘Allah, if this is my last day, so be it.’” 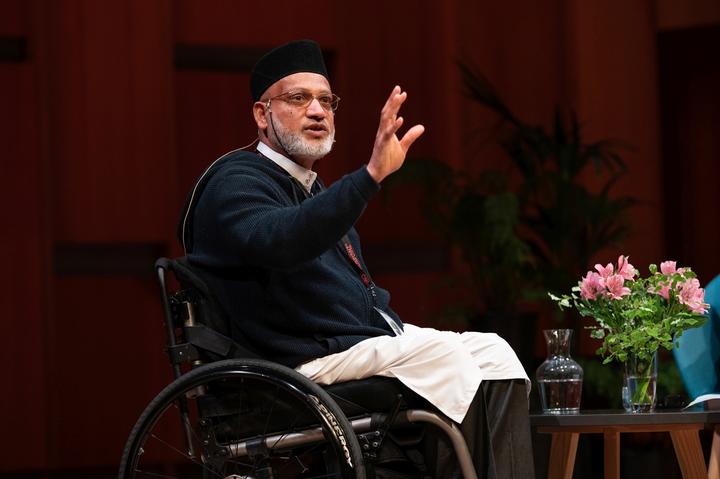 Knowing that Husna was clever, that she had helped others to escape, he hoped that she had survived. So hearing the news that the truth was otherwise was devastating.

Deep in grief and shock, he took strength from his religious belief.

“I had to surrender myself to my fate,” he said. “To surrender myself to God. For peace of mind, I decided to quickly do a few things. Number one: I decided that no matter what happens, I have to choose love in my heart. And that’s the only way I can feel peace. The second thing I decided was, I would not be angry. Because if anger kicks in, I would lose peace in my heart. The third thing, that I would accept without any complaining. Things happen. I don’t have to understand now why, but I will accept. Because if I don’t, I cannot bring her back.” 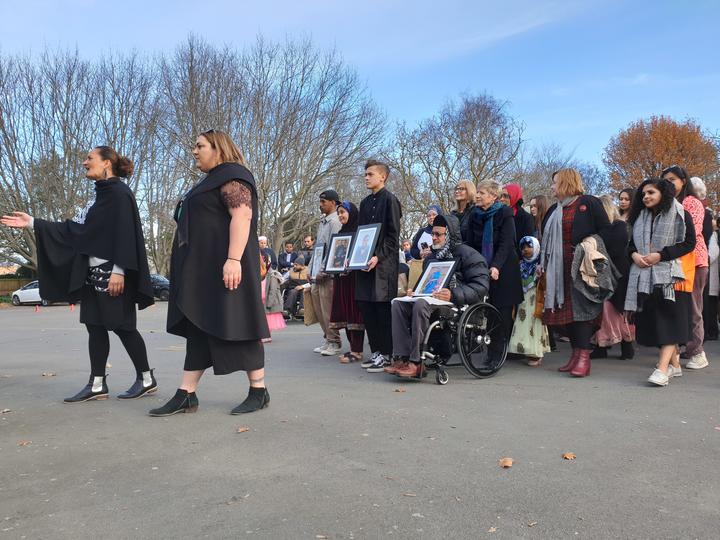 Farid has lived in New Zealand for 30 years. 21 years ago he became a paraplegic when a drunk driver ran him over on the street. Miraculously Farid survived, but is now confined to a wheelchair. Despite that Farid is a Senior Leader at the Deans Ave Mosque in Christchurch and he works as a homeopath. Since the attacks he also speaks around the world, preaching his message of forgiveness and love.

Raf is a multi-disciplinarian with a background in finance, governance, strategy and risk. He has been working with the Christchurch Foundation as an Independent Advisor supporting the victims of the 15th March terror attack. He spent two terms as a Christchurch City Councilor from 2013-2019. He has worked with the Volunteer Army Foundation, Refugee Resettlement Services, Christchurch Budget Services, Pillars, Ohu Foundation and the Christchurch Arts Festival as both a volunteer and board member.