A year after the Christchurch terror attacks, a panel discussion considers the state of racism in NZ 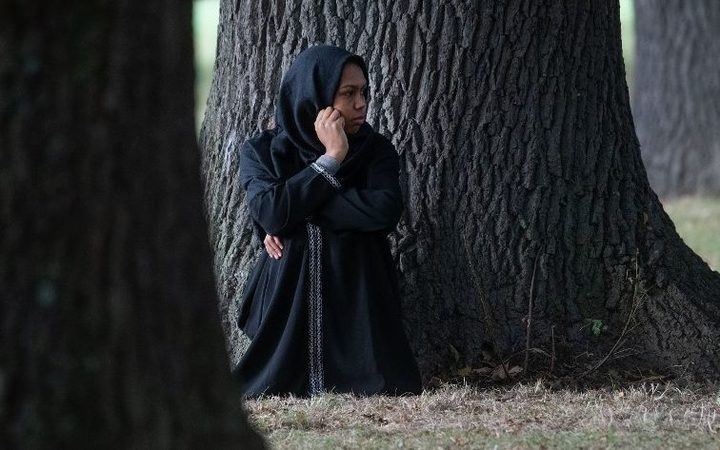 A woman sits quietly across the road from the Al Noor mosque. Photo: AFP

This panel discussion, recorded on the eve of the first anniversary of the Christchurch Terror Attacks, explores racism in Australasia from immigrant and indigenous perspectives. The role of colonialism is a focus of the talk, which involves a number of community advocates who are seeking change in the norms and behaviour of a dominant white culture. 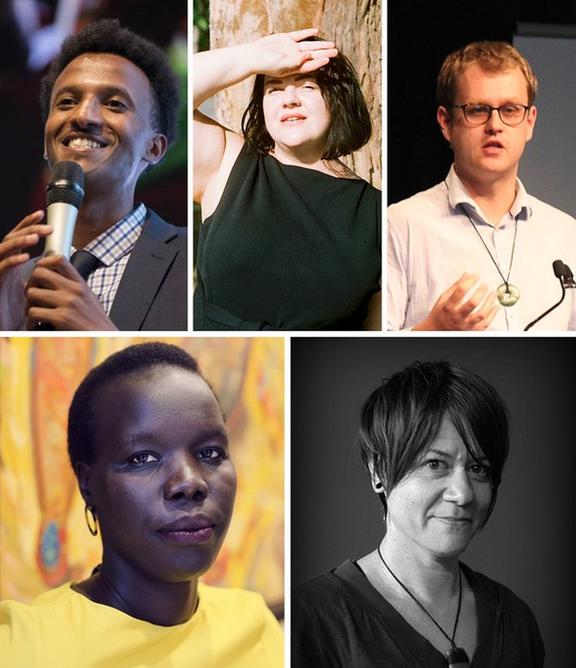 The poet and essayist Alison Whittaker is a Gomeroi multitasker from the floodplains of Gunnedah in NSW. Between 2017–2018, she was a Fulbright scholar at Harvard Law School, where she was named the Dean’s Scholar in Race, Gender and Criminal Law.

Her debut poetry collection, Lemons in the Chicken Wire, was awarded the State Library of Queensland’s black&write! Indigenous Writing Fellowship in 2015, and was published by Magabala Books in 2016. Her latest book, Blakwork, was published in 2018.

Alison was the co-winner of the Overland Judith Wright Poetry Prize in 2017 for her poem, Many Girls White Linen. Most recently, she was the Australian Indigenous Poet-In-Residence for the 2018 Queensland Poetry Festival.

Anahera Gildea (Ngāti Tukorehe) is a poet, short story writer, teacher, and essayist. Her work has appeared in numerous journals and anthologies and her first book Poroporoaki to the Lord My God: Weaving the Via Dolorosa was published by Seraph Press in 2016. She has a Masters of Creative Writing from the International Institute of Modern Letters, as well as Graduate Diplomas in Psychology and Teaching, and is currently undertaking doctoral research at Victoria University of Wellington, developing critical literary theory based on Māori intellectual traditions. She lives in Te Whanganui-a-Tara with her partner and son.

Guled is a former refugee who is passionate about advancing and encouraging the social well-being, inclusion and development of New Zealand’s ethnic and former refugee communities. Guled is a writer, speaker, young leader and community advocate. He is recognised as one of New Zealand’s most prominent young voices advocating for a more humane, inclusive and welcoming society. He serves on the boards of a number of community organisations, and is the co-founder of Third Culture Minds.

He was just six years old when his mother, a solo-parent, fled the strife of Somalia’s civil war with her nine children for a better life in New Zealand. Facing racism at school, Guled was discouraged from pursuing a higher education and left at sixteen. This wasn’t it for Guled. He went on to excel at university and is now a Senior Policy Advisor in the public sector.

Jack McDonald (Te Whakatōhea, Taranaki Tūturu, Te Pakakohi, Te Ātiawa) is an activist, political commentator and writer. He hails from Paekākāriki on the Kāpiti Coast, where he served as chairperson of the Paekākāriki Community Board. A former Green Party candidate, advisor, and senior officeholder, Jack has a strong campaigning background. His work informed and led the Greens’ kaupapa Māori engagement, policy and campaigning for close to a decade.

Nyadol Nyuon is a commercial litigator with Arnold Bloch Leibler and a community advocate.

She was born in a refugee camp in Itang, Ethiopia, and raised in Kakuma Refugee camp, Kenya. At eighteen, Nyadol moved to Australia as a refugee. Since then she has completed a BA from Victoria University and a Juris Doctor from the University of Melbourne.

In both 2011 and 2014, Nyadol was nominated as one of the hundred most influential African Australians. She is currently a board member of the Melbourne University Social Equity Institute.

In terms of advocacy, Nyadol has presented at various conferences and forums on issues impacting the settlement of African Australians in Victoria and Australia in general. She regularly appears in the media, including recent appearances on the ABC’s The Drum and as a panellist on Q&A.