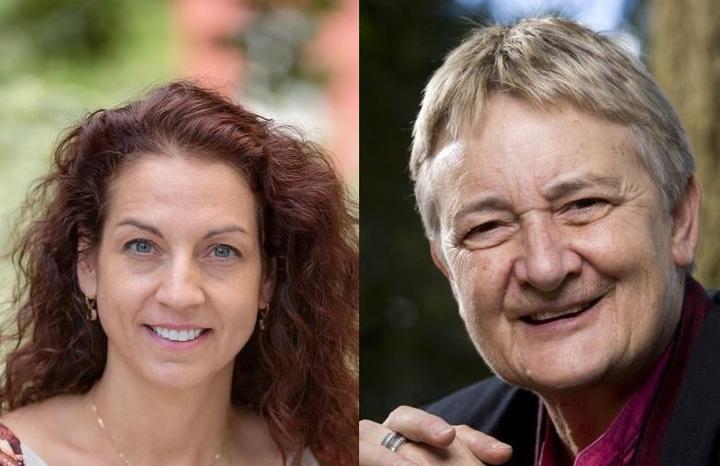 We see governments beginning to attempt well-being exercises that look at things like unpaid labour. You were scathing in your recent BWB book Still Counting over how the Treasury here has designed the wellbeing framework. When we begin to analyse unpaid labour as part of our economies, where does it go wrong? Where is it so often misguided?

I think the key problem is that we do try to make a monetary value for it. And that way we co-op entirely into this system that thinks, that munitions manufacturing and the black market and everything from pharmaceuticals to armaments is all great for growth. I don't find it an answer to think then we'll go and also put a market value on the work that is creating and sustaining humans on the planet.

And besides, like Kristen, over the years, I've got really sick of it always being undervalued. A few look at the discriminatory payments made in care paid work, which are overwhelmingly gendered. If you have ever cared for somebody who is totally dependent, you will know this is not about toileting, showering, feeding. This is an extraordinary technical, logistical, administrative, scarcely-sleeping endeavour. That's what it is. It's a very high powered job.

So I get really tired of seeing it encapsulated in this little silo called caring. Then I do not know an efficient woman carer, who does not do two or more tasks simultaneously. If you're only doing one, you wonder what you're doing wrong. We do know from time-use surveys that there's a really major distinction between the simultaneity of output of women and the singularity of men doing a task. And we can measure the time this takes.

It's not one of those cheap and dirty telephone calls that says, "Do you remember what you did in the last 48 hours?" Or, you know, one of the ones that just asked the head of the household - haha, like they would know - how much unpaid work is going on.

Then the other problem with the New Zealand approach to wellbeing is it's Eurocentric. In a context where Statistics New Zealand had already had one round of Te Kupenga, the Māori-written framework for wellbeing, and is piloting the second round, Treasury has a well-being paradigm that has no Māori values whatsoever. No whanaungatanga, no kaitiakitanga, nothing. And I just found that absolutely outrageous. I think we're tired of having Eurocentric ideas imposed on us. And we just don't have to do it that way.

“The personal is political” has been the rallying cry for a generation of feminists. Is it still?

For me? Totally. And it doesn't matter to me whether you are defiant or in denial - both are political choices. For me, the word political is just about the dynamic of power.

I'll just add that especially for younger generations, the role of ideology in their lives is really profound. People tend to blame themselves for systemic failings in society. I teach at a university, and it's increasingly become apparent to me over the last 20 years my students walk into my classroom as people who are not done yet. They don't think of themselves as being done. As being, you know, perfectly crafted for the market.

And sometimes I want to sit back and tell my students, you know, you're already a person, you're already done, you're pretty good as you are, right? You may not have the fancy job or the fancy car or the fancy, whatever, but think about who you are and what you've achieved, and just be there a little while. To young people in the United States, that thought just blows their mind. Nobody has ever told them "You're pretty good right now."

And I think that it's because of this ideological way in which so many young people feel like they have to become a personal brand. Many people don't have the language to push back against that, to say, "No, I am a human being independent of my market value." That's such a powerful statement. And not enough people even have the words to articulate that anymore. 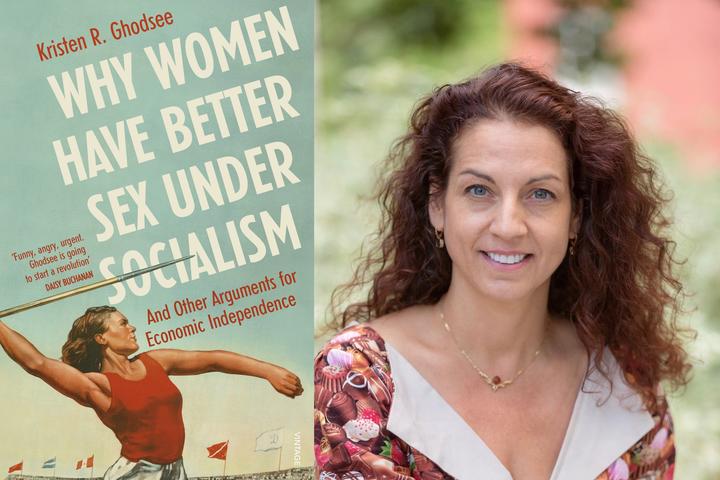 When the Berlin Wall fell in 1989, Kristen Ghodsee was travelling in Europe and spent the summer of 1990 witnessing first-hand the initial hope and euphoria that followed the sudden and unexpected collapse of state socialism in the former Eastern Bloc. The political and economic chaos that followed inspired Ghodsee to pursue an academic career studying this upheaval, focusing on how ordinary people’s lives – and women’s particularly – changed when state socialism gave way to capitalism.

For the last two decades, she has visited the region regularly and lived for over three years in Bulgaria and the Eastern parts of reunified Germany. Now a professor of Russian and East European Studies at the University of Pennsylvania, she has won many awards for her work, including a Guggenheim Fellowship, and has written nine books on gender, socialism, and post-socialism, examining the everyday experiences of upheaval and displacement that continue to haunt the region to this day.

Ghodsee also writes on women's issues for the Chronicle of Higher Education and is the co-author of Professor Mommy: Finding Work/Family Balance in Academia. Her articles and essays have appeared in publications such as Eurozine, Aeon, Dissent, Foreign Affairs and The New York Times.

At the New Zealand Arts Festival 2020, she discussed her most recent work Why Women Have Better Sex Under Socialism: And Other Arguments for Economic Independence. 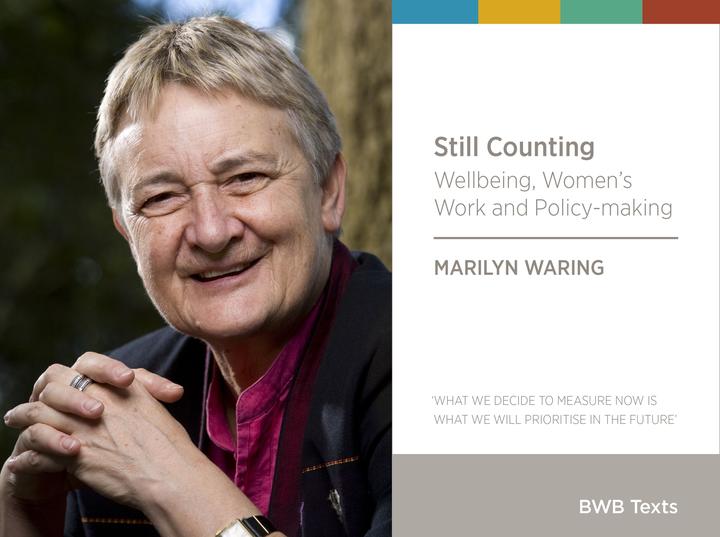 In the years since she retired from Parliament in 1984, Marilyn Waring has published numerous books as well as continuing to contribute to the public service through university fellowships around the world, development in consultancy for Asia and the Pacific, contributions to boards and councils in New Zealand as well as her work in academia.

In 2008 she was awarded a Companion of the New Zealand Order of Merit (CNZM) for services to women and economics, and in 2011 she received an Honorary Doctor of Letters from Glasgow Caledonia University for research in international feminism and female human rights. Marilyn Waring is, today, a Professor of Public Policy at Auckland University of Technology.

Her recent books include Still Counting and Marilyn Waring: The Political Years.