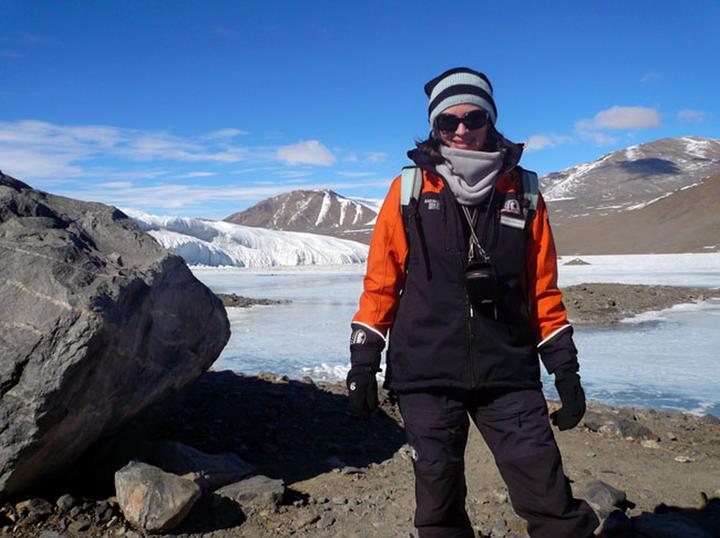 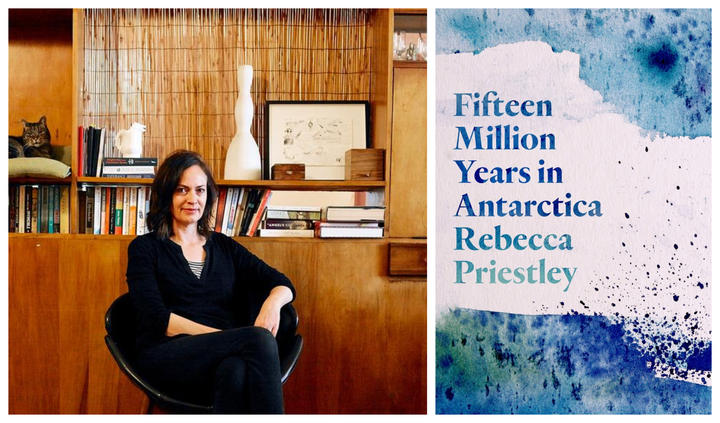 Fifteen Million Years in Antarctica tells a personal story of time spent on Earth’s most mysterious and precious frontier. The book is a poignant and relatable reminder of the complexities of our wishes and the vulnerability of our ideals.

But it also reveals the strength that art and science, research and exploration can gift to us all. Rebecca Priestley discusses a life influenced by the frozen white continent with the Prime Minister’s Chief Science Advisor, Juliet Gerrard. 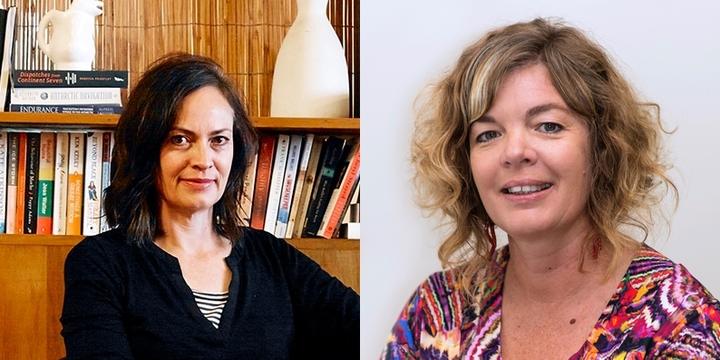 Rebecca Priestley is an associate professor at Victoria University of Wellington and director of the university’s Centre for Science in Society. Rebecca was science columnist for the NZ Listener for six years and is the author or editor of five previous books, the most recent of which is Dispatches from Continent Seven: An Anthology of Antarctic Science (2016). She is a winner of the Royal Society of New Zealand Science Book Prize (2009) and the Prime Minister’s Science Communication Prize (2016). In 2018 she was made a Companion of the Royal Society Te Apārangi. She has an undergraduate degree in geology, a PhD in the history of science and an MA in Creative Writing from the International Institute of Modern Letters.

Professor Juliet Gerrard trained at Oxford University, where she completed a First Class Honours degree in Chemistry and a DPhil in Biological Chemistry.

In 1993, she moved to Aotearoa New Zealand, as a research scientist at Crop & Food Research. She was appointed as a Lecturer in Biochemistry at the University of Canterbury in 1998, where she became Professor and Co-Director of the Biomolecular Interaction Centre.

Juliet’s research covers a broad base and is interdisciplinary, cutting across biochemistry, chemistry, health, agricultural and food science and biomaterial design. It also incorporates a full spectrum of fundamental and applied research. She has held an Industry and Outreach Fellowship with Callaghan Innovation and founded a start-up company.

Juliet has over 150 publications, as well as three books. She won a National Teaching Award for Sustained Excellence in Tertiary Teaching in 2004 and played an increasingly governance role in the research sector, including as Chair of the Marsden Council and a Director for Plant & Food Research, prior to her appointment in 2018 as the Prime Minister’s Chief Science Advisor.