"Somewhere between my election in 2011 and my decision to step down in 2014 I had gone from a confident overachiever, excited about my parliamentary career and growing family to an anxious shadow of my former self who couldn't ask a question at a public event without being overcome with shame. Where had it all gone wrong?" – former Green MP Holly Walker in her memoir The Whole Intimate Mess. 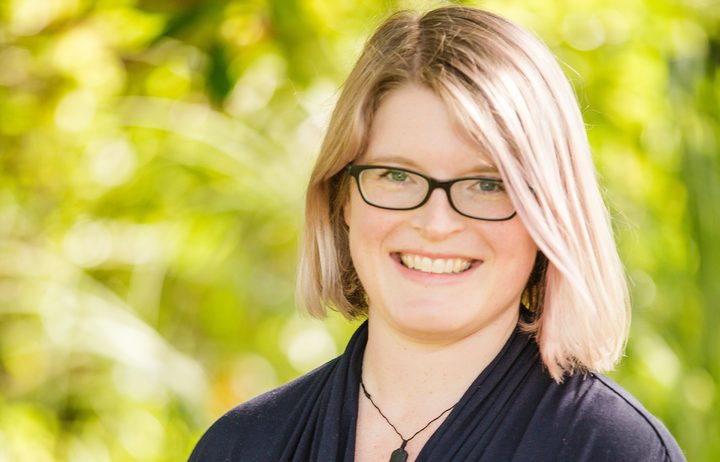 Holly Walker gave birth to her daughter Esther in 2013 and was suffering post-natal depression when she returned to work as an MP the following year.

The pressures of work, being away from her baby and her partner Dave's health condition took her to the point of self-harming, she tells Kim Hill.

Walker says she felt strongly that it should be possible to have a baby and still work in parliament and wanted to demonstrate that by returning to work after the birth of her daughter.

"I felt like, having set myself up as a role model saying 'I'm going to show that this can be done' that any cracks showing was an admission of failure and that I would be doing a disservice to others to say 'No, it can't be done after all'.

Yet the return to work and being away from the baby was so overwhelming that Walker began to literally beat herself up, hitting herself on the head "as a kind of a circuit-breaker".

"I was breastfeeding and expressing at work and then trying to keep up duties of an MP, as well … There needed to be a release valve for that pressure, and that's what that was. But afterwards, I would be horrified because I couldn't make sense of that behaviour myself and it didn't seem like me. But in those moments I guess I wasn't myself."

Journalist and former MP Deborah Coddington's review of Walker's book in The Spinoff – in which she asserted that women can have it all just not all at once – has caused a fuss on Twitter.

While everything Coddington wrote about the experience of working women was accurate, Walker says, the review was difficult to read because it hinted that she should have known better.

"It even seemed at one point that she implied that perhaps I could have picked a better partner who was less disabled [her husband Dave has muscular distrophy] or known that having a baby was as stressful as it was. As anyone who has recently been through that experience of having their first child will know, in many ways, there's no way of predicting how it's going to affect you."

"Both men and women are done a disservice by the way we are still reliant on this kind of traditional understanding that men will the breadwinners, they'll work the long hours and women will be the primary caregivers, and even if they are also working, they'll take the mental and emotional and domestic load on top of that, as well. [Crabbe's] point is that if we could shift that assumption and move towards one in which we might see both men and women working more flexible hours, working part-time, sharing the responsibilities of planning in the household and so on. Then both genders would be better off – women wouldn't have to get off the career ladder in such an extreme way when they have children and men have the opportunity to spend more time with their children."

These days, Walker is much gentler on herself.

"With the benefit of hindsight, I'm now able to see the value of [my time as an MP], even though it was shorter than I had anticipated or wanted it to be as well as the value of what I'm doing now. There's a lot of nice things about not being in parliament anymore. On balance, I'm pretty happy where I am."