Also know as Baa Camp, this is the second annual "unconference" hosted by Nat Torkington, modelled on the USA FOO Camps of Tim O'Reilly. It's an invite-only weekend of free-form talks involving interesting technologists and scientists, the business people who work with them, and other interested and interesting people. In the spirit of the event, some guests have still to be confirmed, and the following schedule will be subject to amendment. 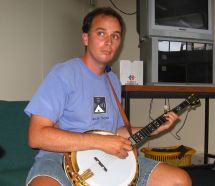 Nathan Torkington consults in the Asia-Pacific region for O'Reilly Media. He ran the first web server in New Zealand, and co-wrote the best-selling Perl Cookbook (O'Reilly ISBN 0-596-00313-7) with Tom Christiansen. He also runs computer courses at his local primary school. He is the main organiser of Kiwi FOO Camp 2008 (or Baa Camp).

Often described as "visionary", Richard Naylor was an early proponent of broadband infrastructure. He started the high-speed CityLink fibre network as a Wellington City Council project, then helped found it as a company. Richard runs internet media services company R2.

Andy Linton is a long-time Internet builder, who now works for CityLink. His other interests include Irish culture and music, and he plays in the band Ballyscully.

Adam Hyde is a social entrepreneur and educator who develops collaborative community projects. Based in the Netherlands, he is the founder of the Floss Manuals Foundation, which provides free manuals on how to use free open-source software. Other recent projects include Radio Astronomy, in which sounds intercepted from space are broadcast on the internet and airwaves. He is the keynote speaker at the Aotearoa Digital Arts Network symposium in Christchurch on 23 February.

Dorothy Anderson has been involved for a number of years in the slow town movement, and the farmers' market in Matakana.
Recipe: Herbed Mayonnaise

David ten Have is the founder of Ponoko, a company that lets users to design, manufacture and sell their own creations using skills materials and know-how from all over the world. Philip Lindsay is a Ponoko user, and has various projects online at RancidBacon. 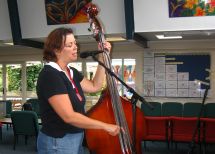 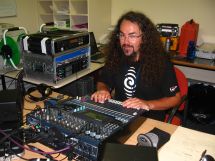