In the 2018 Reeves Lecture, Spark CEO Simon Moutter explores how his firm is transforming into one led from the heart 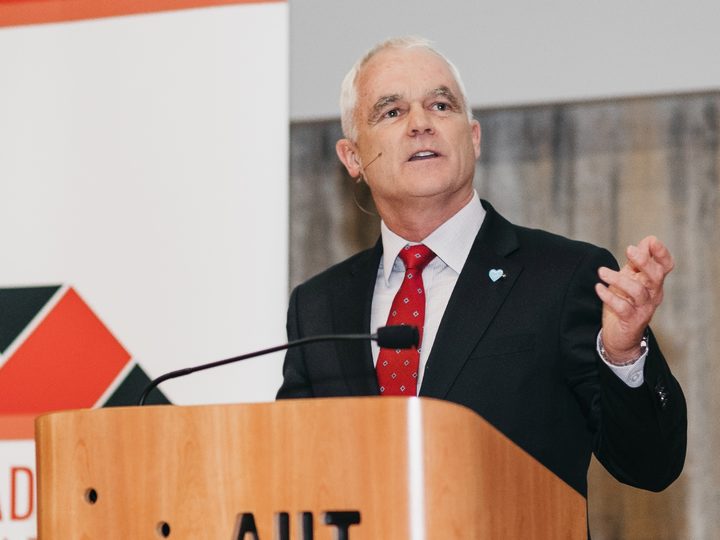 Under Simon Moutter, the transformation of Spark into an organisation which exemplifies diversity and values inclusiveness hasn’t come without a few bumps along the way.

Considering his role as managing director, Moutter suggests that if the senior people in an organisation are open, honest and direct, those working under them respond in kind.

“We’re certainly getting there in Spark,” he says. “We talked all the time about adult-to-adult conversation, especially through the hard years of restructuring and cost-cutting." It got him in the media a few times during this period, because when it turns up in a newspaper sometimes “it can seem a bit harsh.” Nevertheless, he’s pleased that at Spark “We don’t try to spin the story very much and people appreciate it.”

It’ll show up in other ways, too, he says. When you enable truth and encourage people to be authentic, suprising stuff can happen which exemplifies the values of the organisation.

He recalls a great deal of controversy earlier this year at the time of the Pride Week celebrations when Spark ran a tv commercial which celebrating the parenting skills of a same-sex male couple with their baby.

“The first I knew about that ad,” he says, “Was when I’m home on a Friday night, and I saw this ad come on, and thought, ‘Ooh, that’s edgy.’ And I watched it play out and I thought, ‘That voiceover is our voiceover.’ And sure enough the Spark logo appeared.”

Having seen this commercial on the first night it must have appeared, and he thought that it was going to go blow up into a major news story. Despite that, he eschewed the typical CEO response which would have been to pick up the phone and say ‘Get that bloody ad off.’ But he did nothing.

“I never said a single thing about it. I was amazed that our people would have done that. None of my leadership team were involved in it. Then of course it did explode. There were all sorts of people telling us things on social media, on our Facebook pages and threatening to leave, and the response from our people on the front line was, ‘OK, bye then.’” 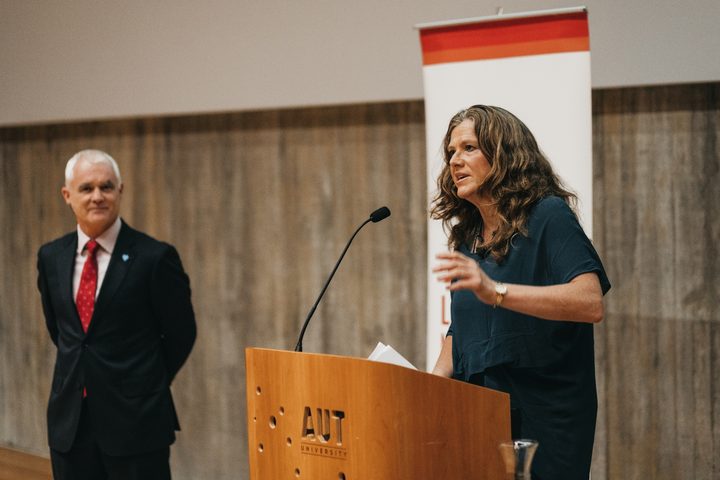 Moutter thinks he made the right call. He supported staff who had made their own judgement without recourse to leadership approval, that the support Spark gave for diversity inside the organisation was also true of its public face. Both had to be in agreement, so why would there be any need to get prior approval for this advertising campaign?

He’s proud of what his staff did, despite reflecting that “When you get this sort of truth, this sort of authenticity, the organisation will put you into some tricky situations.” The real test, he says, comes back on the leader, faced with the decision to interfere let the situation play out. And, because the of the level of trust and openness he’s seeking to engender at Spark, he’s sure he did the right thing.

Something which has facilitated this sense of staff investment in the telco, and support for inclusiveness has been a project to reorganise to workforce, splitting up traditional groupings of staff so that each team (or ‘squad’) working on a particular aspect of Spark’s operation has workers from a wide mix of backgrounds.

Part of the change involved hundreds of people moving to their new ‘squad’ tables: “Where previously all the IT people sat at desks in one area of the building, they’re now spread throughout a number of different squads. The same for the marketing people. And the product people. In fact almost every back office function at Spark is now spread throughout these squads”

One result has been the creation of genuinely diverse workgroups.

On paper, Spark was a very diverse organisation, but the reality was when staff were grouped together into the old business units, they tended to sit with and socialise with people much like ourselves.

“Our marketing team was predominantly young Pakeha women,” he explains. “Our IT teams were mostly men, many from an Indian background. And our network teams tended to be older Pakeha men. And in fact this is a reflection of New Zealand culture as a whole. In our private time, and family lives, I think we mostly mix with people who are from a similar background, age, and social group as ourselves.”

The benefits of this change have been real, as now more voices genuinely participate in the business, and there’s a much greater degree of openness and respect for diversity. It’s good for the workforce, but also good for the bottom line.

The audience applauds the speaker at the 2018 Reeves Lecture, held at the Auckland University of Technology Photo: Leadership NZ

In his role as managing director of New Zealand’s largest telecommunications company, Simon Moutter led the reinvention of Telecom as Spark, with the aim of better reflecting the fast-changing world of digital services. He had returned to the organisation in 2012, having managed most parts of Telecom as Chief Operating Officer during the years 2003-2008.

In the intervening years he was CEO of Auckland International Airport. He also has spent 13 years’ experience in the electricity and gas industry, including as Chief Executive of Powerco. He has a Master’s degree in Engineering from the University of Canterbury and a Bachelor's degree in Science from Massey University.

This recording is a partnership between RNZ and Leadership NZ

Recent stories from The Reeves Lecture