Navigation for The Reeves Lecture

The future of New Zealand is in Dairy, Digital, and Drones, according to Dr Mary Quin. 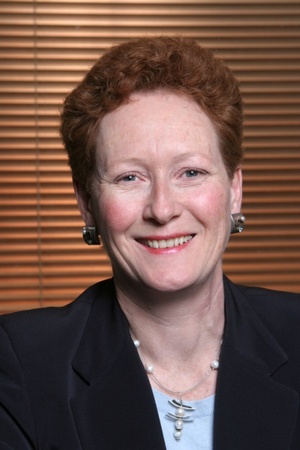 The inaugural CEO of Callaghan Innovation and the first New Zealand woman to graduate with an MBA from Harvard Business School, Dr Quin laid out her prescription for unlocking our potential during the 2014 Reeves Lecture, recorded by Radio New Zealand.

According to Dr Quin, history – and her own experience as an expat Kiwi working for decades in the USA – is littered with examples of organisations which have failed to adapt to a rapidly-changing environment.

I’d say we have no choice but to run with the big dogs, or get left behind. As the saying goes in the dog-sledding world of Alaska, if you’re not the lead dog, the view never changes.

Bearing in mind that technology will continue to advance constantly with new discoveries and inventions, Dr Quin believes the most dangerous thing we can do is to be unaware or dismissive of technologies that potentially threaten our current exports.

Once she worked for a company which did exactly that. She began as a middle-manager at Kodak in 1988, just after completing her MBA. “The potential for digital photography to replace silver halide film was already quite clear to the management and board of Eastman Kodak.” Nonetheless, the firm’s leaders failed to embrace the new technology for fear of cannibalising its existing business – based on selling “little yellow boxes” of film.

So what happened? “Other innovative companies cannibalised their product for them, and a workforce of about 80,000 employees in Rochester, New York is now about 8000.”

So what areas should New Zealand be active in? Quin sees opportunities for New Zealand business in the commercial exploitation and development of drone technology, as this is not yet permitted in the USA. Similarly, she says, there are local advances in the management and integration of data (such as medical records for an individual patient) which can be sold to the world.

She doesn’t see any conflict between expanding such high-technology activity and maintaining a focus on farming and other primary industries, citing the development of synthetic milk as an example for the future.

She thinks that an American company called Moo-Free could produce a commercially viable alternative to milk products from cows within the next five years. Should this happen, the effect on one of our most important primary industries could be catastrophic. “Synthetic milk could do to our dairy industry what synthetic polymer did to wool,” she says. “Recall that wool dropped from 25% of exports to 2% in four decades.”

So what are the alternatives? “We can either ignore and deny the threat of emerging food technology, or we can be best, and world class, in both natural milk and synthetic milk; shifting natural milk over time to being a high-end, high-value product with maximum margins. Synthetic milk would be a more competitively priced mass-market everyday product.”

According to Dr Quin, our goal should be to dominate world milk production regardless of whether it comes from cows, yeast, soybeans or almonds.

Given the current pressures on our lakes and rivers, from more intense dairy farming, she argues that there is “clearly a limit to the amount of natural dairy products a country with New Zealand’s geography can provide. So as a desirable item becomes ever more scarce in proportion to demand, there’s that opportunity for higher prices. When we have a limited amount of land, let’s generate the highest margins from every hectare.”

The use of clever technology, applied intelligently to the strength of our existing primary industries, is, to Dr Quin, the key to New Zealand “running with the big dogs” in the future.

The 2014 Reeves Lecture: Dairy, Digital, and Drones by Dr Mary Quin will be broadcast on Radio New Zealand National at 4pm on Sunday 28 September, repeated at 9pm on Tuesday 30 September 2014.

Dr. Quin provides her perspectives on creative leadership, and the power of inclusiveness and diversity to spark exciting new ideas in business innovation. The inaugural CEO of Callaghan Innovation and first New Zealand woman to graduate with an MBA from Harvard Business School has a vested interest in harnessing that distinctive know-how that makes New Zealanders unique.

Dr. Quin’s early interest in science as a young girl in Palmerston North has taken her around the world to work in the biggest names of the tech industry, including Xerox Corporation and Kodak Company. She is also the author of the bestselling book Kidnapped In Yemen about her experience surviving a terrorist kidnapping in which four other tourist were killed.

Dr. Mary Quin’s evident bravery and resolute attitude has led her into work on international women’s rights, supporting Afghan women resisting the repressive Taliban regime, and initialling the One Hundred Heroines project to commemorate the 150th anniversary of the first women’s rights conventions in the USA.

She has returned to New Zealand after 30 years because she feels there is something different about the way Kiwis do things. Her mission is to accelerate that ingenuity into sustainable enterprises with Callaghan Innovation. Dr Quin believes the potential on home soil is for leveraging collaboration across business, research and development sectors to generate solutions to some of the world’s most pressing problems.