When friends and family are lost to conspiracy theories

According to a recent survey one in eight young Australians believe Bill Gates is spreading coronavirus using 5G, but a reporter investigating conspiracies also came across beliefs in lizard people and a sinister deep state. So why are conspiracies rife? 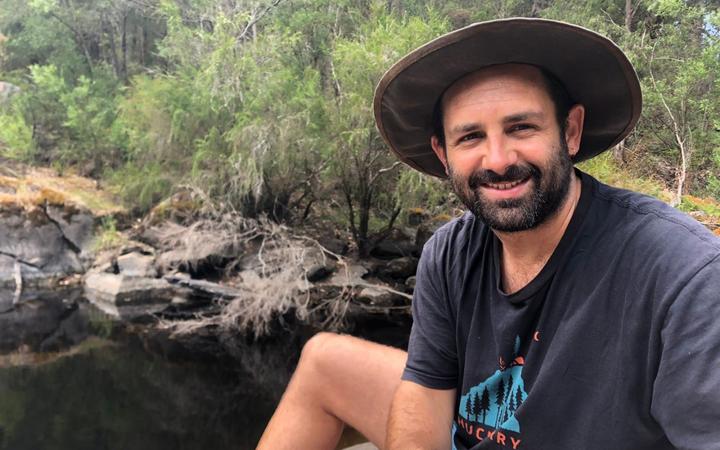 RNZ's Karyn Hay talked with ABC journalist James Purtill, who recently set out to find out more, and spent time calling and talking with close friends and relatives of conspiracy theory believers, and researching online search trends on conspiracy theories.

He said the experience was unnerving, in part because it proved to be "scary" encountering people with no interest in even considering proven facts and widely accepted knowledge.

Among the callers was a woman whose mother believed in lizard overlords whose spaceship is the moon. Purtill says the mother's beliefs have led to much of her family withdrawing from her.

"It's remarkable that someone can believe in that, I still can't get my head around how people can believe [it]."

Trust or distrust in experts and regulatory bodies is central to many people's path to believing in conspiracy theories, he said.

"The research shows it's kind of impossible to debunk conspiracy theories, at least for hard core believers. That's because the debunking - the facts that you mention, are already factored into the conspiracy theory.

"So if you try to argue with someone who quite hard-core believes in the 5G conspiracy theory, that it's making us sick and that Covid is somehow engineered to help the spread of 5G - the fact you argue against it would suggest you're part of the conspiracy already, so that discounts anything you're going to say." 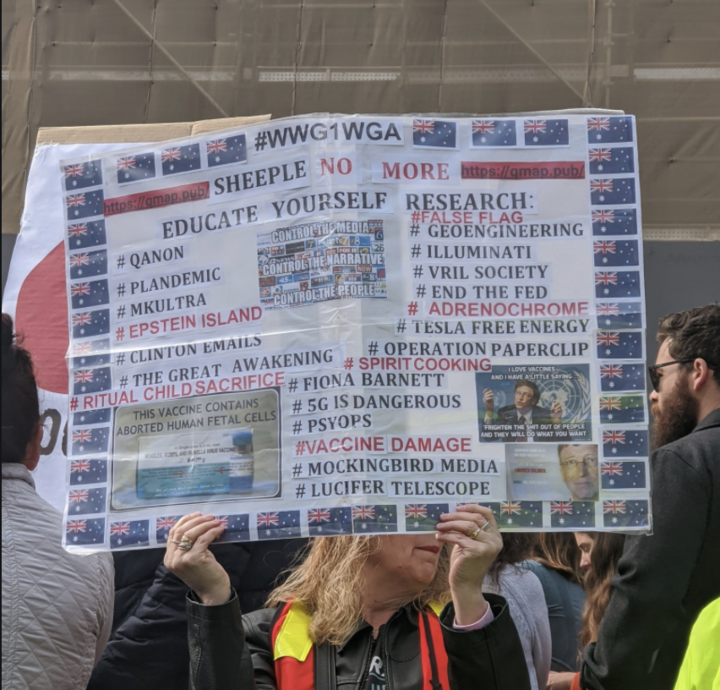 A protestor lists a host of conspiracy theories at an anti-lockdown protest in Melbourne. Photo: twitter

The extreme specialisation of technology and fields of expertise makes it nigh on impossible to be knowledgable about everything that touches our lives.

"I have no idea how the [5G] technology works, and ultimately my faith in it rests on institutions and experts," Purtill said.

"But when there isn't trust in institutions and experts, it kind of opens it up for anyone to have their own interpretation, to do their own research."

Researchers have measured a spike in the belief in conspiracy theories about the time of the JFK conspiracy, and again with Watergate, he said. 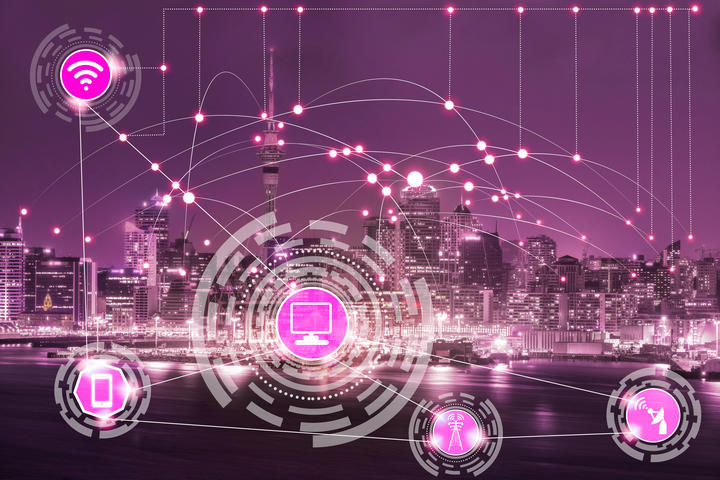 Another caller Purtill talked with described their concern for a friend who believes in Pizzagate, a convoluted theory around a covert deep state, exploitation of children, and a heroic undercover figure leaking information.

"These things have been around for a very long time, and there's no real sign more people believe in them. I think the difference is they've become more prominent and more powerful because [a US supporter] is running for the republican party right now, and the president has tweeted in support of some of these ideas.

"I can't think of a time when that's been the case, it's always been more fringe." 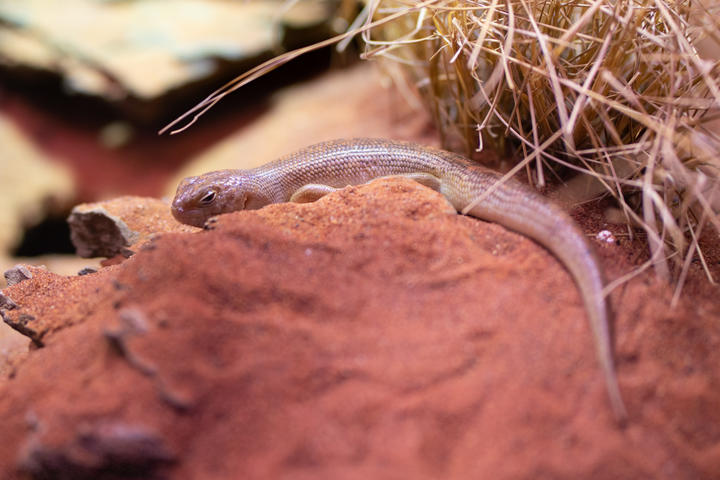 Some believe in hegemonic and sinister reptile overlords in key positions of power. Photo: 123rf

"These people tend to be more suspicious, untrusting, eccentric, needing to feel special, and they also tended to think of the world as an inherently dangerous place.

"One of the things they concluded was if you see meaning and motive where there isn't anything, so for example if you see Covid-19 as something that's been planned, that can actually be kind of oddly comforting. Because instead of just the chaos of a world where a pandemic can spring up out of nowhere and all these people can die. There's actually an actor behind it, there's something going on, therefore something can be done about it."

Purtill said it was difficult to get a word in edgeways or ask questions when talking with a man who belted out a tirade about Covid-19 being a cover to keep people at home while 5G towers were erected around the world. And another caller told him their friend had painted their house with lead paint because they were so scared of harm from wifi and cell phone radiation.

A number of people expressed pain that friend groups and families have been split by loved ones strong adherance to fringe theories," Purtill said.

"It becomes really hard for people because they want to stay friends or at least in contact, but the actual how that works is very hard."