Bernadette Casey: Changing the way we think about clothes

As the clothing industry went into lockdown, factories were shuttered, huge fashion brands cancelled orders, their warehouses full and nowhere to put new stock, which now sits in containers on wharves. 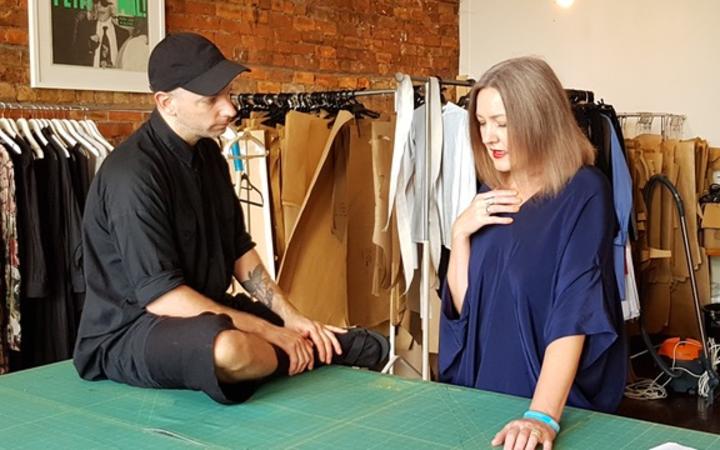 Some brands even refused to pay for orders or demanded a discount, according to the Workers Rights Consortium, which monitors factories worldwide.

In Bangladesh, Sri Lanka and Cambodia, millions of garment makers have lost their income and the United Nations is now trying to prevent a humanitarian crisis. The process of recycling waste fabric has also come to a halt.

A Wellington research and development company is looking at long-term solutions to the life of garments to combat the global issue, and the world has its sights on New Zealand too.

The Formary co-founder, Bernadette Casey, told Karyn Hay that New Zealand was the ideal place to test system changes as a small country and there had been a lot of interest from overseas in their trial projects.

Their projects will be presented to the Western Australian government, in London at global fashion conference, and even France, Casey said.

But it was the countries that relied heavily on the textile industry that were overexposed to the impacts from Covid-19, she said. 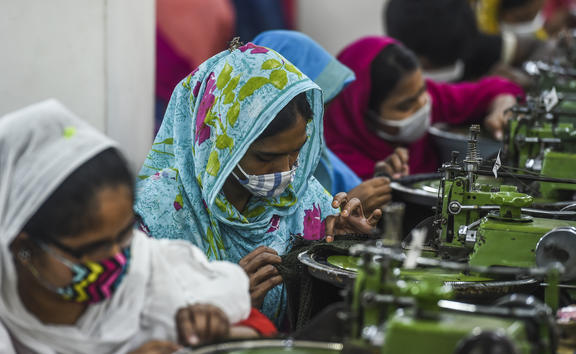 Labourers wearing facemasks work in a garment factory during a government-imposed lockdown as a preventative measure against the COVID-19 coronavirus in Asulia, on the outskirts of Dhaka on April 7, 2020. Photo: Munir Uz Zaman / AFP

For example, in Bangladesh about 4 million people work in textile, which accounts for about 80 percent of the country's exports, she said.

"When there's a problem within the industry, it's just catastrophe for the whole economy and country. So places like Sri Lanka and Cambodia, [textile is] about 50 percent of exports ... it's just turned into this absolute humanitarian crisis."

The companies that employ these labourers tend to already pay low wages, have no tax to pay, and be in already indebted countries, meaning the likelihood of a government bailout was low, she said.

"So the companies that produce there, they really have to step up because there's no safety net for these people. So if you're going to produce in these low cut centres, you really got to make sure you're doing more than just paying wages.

"There are sustainability initiatives but they're all sort of cherry picked and so when the industry is under pressure they can just turn and walk away, and we've seen the abandonment of whole supply teams."

Typically what happens is places like China, Cambodia and Vietnam send garments made in their factories to the West, where after use and disposal in US and Europe get sent off to Sub-Sahara Africa. Whereas most of the clothes from New Zealand's get shipped off to Papua New Guinea.

"We export over $10 million worth of clothes every year at like 10 cents a kilo," Casey said.

Then rag traders try to sell what they can, and the rest of it gets dumped.

"So that's an environmental problem, because they're such a small margin, they don't send them to landfill, they just get dumped on the side of the road. Then you've got the leeching of the chemicals and dyes and etc," Casey said.

"So we are outsourcing our waste to regions that have less capability to deal with it than we do."

One of the solutions The Formary is putting forward is a digital platform called Usefully with a takeback scheme, where a garment is resold, or sorted, mended, reengineered and made into new garments or products.

"The first thing we did to get oversight of what comes into the country is to develop this platform, [clothing companies] register your garments on, and then you have full oversight over them through when they're being decommissioned and what happens to them, how they're being reused and then you can calculate the environment impacts and the financial impact. So you just have better resource management."

The best option would be for garments to be resold if they are reusable, Casey said, considering the resources that went into producing them. For example a pair of jeans takes about 10,000 litres of water just to make them.

"Then they kind of work their way down this hierarchy to where they're no longer usable or wearable. So we do the research and development around what we can do around these textile resources, what are the products they can go back into, and how can we really extend their value."

The Formary has done a trial with Wellington Zoo for a decommissioning of their zookeepers' uniform, where they were debranded and turned into other products. Casey said that saved about 800,000 litres of water and a "huge amount of carbon".

One of the next things they are working on is a product stewardship scheme, where people pay a little extra for the management of the end of life of garments.

"It helps to pay for all the technologies that are needed to complete the system, there's great technologies like fibre-to-fibre, which we tested with Air New Zealand uniforms," Casey said.

"We took the koru dresses and because they're made of polyester, we put them through this process of green chemistry, [which] breaks it down to its molecular parts, and then it can be re-extruded as a filaments. I like to make more polyester garments [from it], or it can be used in any plastic-based industry, you can make it into furniture, or glasses' frames, or you can make it into any number of things."

The Formary is now building a business case to bring that technology onshore.