Dame Stephanie Shirley (who often goes by Steve) is an IT pioneer, a philanthropist involved in autism charities, and a refugee.

She was born Vera Buchthal and she and her sister were sent to England from Germany in 1939. Her commitment to her studies and talent for maths was so clear that she was placed in an all-boys school.

Dame Steve went on to found Freelance Programmers, a company that initially only employed women and was unique in providing software solutions in the early hardware driven field of computing.

Dame Steve spoke to Megan Whelan for Queens Birthday 2018 on RNZ National. You can listen to the interview in full or read some of the highlights below. 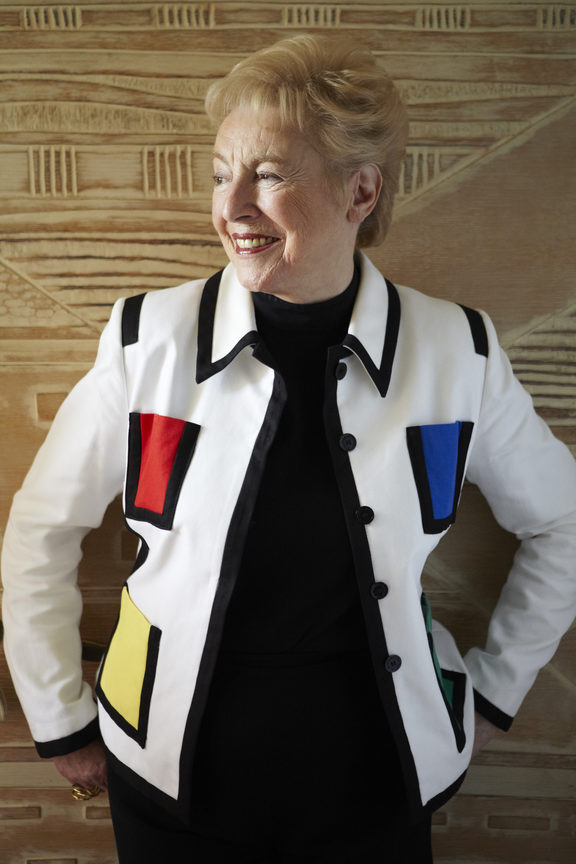 Thank you so much for making time to join us Dame Stephanie.

Very happy to be here.

I say Dame Stephanie but you’re often not called Stephanie.

Aaah, well that’s because I date back from the days when women were not expected to do much serious business, and I dissembled and used the name Steve Shirley in my business development letters so it was to get the through the door before anyone realized that he was a she. That’s stood me in good stead, so I’m always known as Steve Shirley – please use that.

I started my business in 1962, which at the time was sort of laughable. A woman in business dealing with software, you can’t sell software because it was at that time given away free with the hardware. And women working from home, the whole thing was laughable. The more they laughed, the more determined I was to make it work.

You hired what I read in one article as “an army of mothers”. And you made it flexible, you made it so they could work from home. I think one other thing I read was that the application was just “do you have a phone”.

There’s so many things that when I was reading about you it made me very frustrated that in half a century, we haven’t moved much further. I mean it’s still very difficult for people to work from home, to work flexibly.

I think in [the UK] there is a move in that way. A lot of corporate people work four days a week at the office, one day a week at home. That after all is 20%, so that is significant. But the whole idea of the technology being able to facilitate all sorts of new ways of working, working while you’re on the train, working while you’re on Skype (though it didn’t work for us), all these things have moved on. But I’ve been around for fifty years.

In terms of working with mothers, we know that there’s such a thing as the motherhood penalty. The gender pay gap is often driven by that parenting and by becoming a mother. Do you think we’ve come far enough with that in terms of welcoming mothers, welcoming parents… supporting parents to come back into the workplace?

I think there’s lip service given generally Megan. There are organisations, in particular the care sector where the gender pay gap is negative. Nobody talks about that because everybody’s so gunning for the men. So I think one has to be realistic about this and know that things are moving. Much more slowly than I would have hoped, much more slowly than you would wish for the future. But it is moving on, and at least legally, in this country you cannot make some of these gender-related decisions. You cannot refer to ageism, you cannot refer to gender or transgender. The fact is that the culture is still quite difficult for us to work in.

I’ve done a bit of work in Saudi Arabia. [I] was able to say “Why do you do this? Your legislation on capital punishment really makes you look quite barbaric” and all sorts of intimate discussions like that. They explained to me loud and clear “Look. Saudi the Kingdom is trying to do in fifty years what Europe took 250, 500 years [to do]”. This is the same in this country, we are slow to follow. I mean New Zealand was the first to give women the vote. We’re just here celebrating a hundred years of women having the vote, it’s all relatively recent. But I try to be philosophic about it.

Well, you can’t be angry all the time can you?

You came to the UK as a child refugee, and you’ve had tragedy in your life. You lost your only child. It would be easy to give up but you never have.

[SIGHS] I think hardship and pain of different sorts allows you to grow. When things go wrong it can knock you out of life and ruin your life forever or it can strengthen you and give you purpose in life and hence fulfillment.

As a child refugee I suffered very much from survivor guilt. This extraordinary counterintuitive feeling that why should I be saved when a million children died. Y’know I’m guilty of surviving. That led to very severe depression. The only counterbalance to depression, apart from pills of course, is compassion. By moving into philanthropy and thinking of other people’s problems and seeing if I can help in particular sectors, that has made me actually fulfilled and nowadays I’m a very happy person.

Does the political climate in the UK and the US run counter to that idea of compassion?

Worldwide the state has withdrawn from a lot of social services, so there is an assumption by the state that philanthropists will come in  fill up the gap and save the day. Which of course isn’t going to happen.

But I was the national ambassador for philanthropy in 2009/10 and I was very aware as to how much volunteering goes on, how much helping of each other, how much positive push there is towards environmental issues. We’re really only just learning how to work multi-racially. London is very multi-racial, it’s absolutely super. The rest of England, not so much. 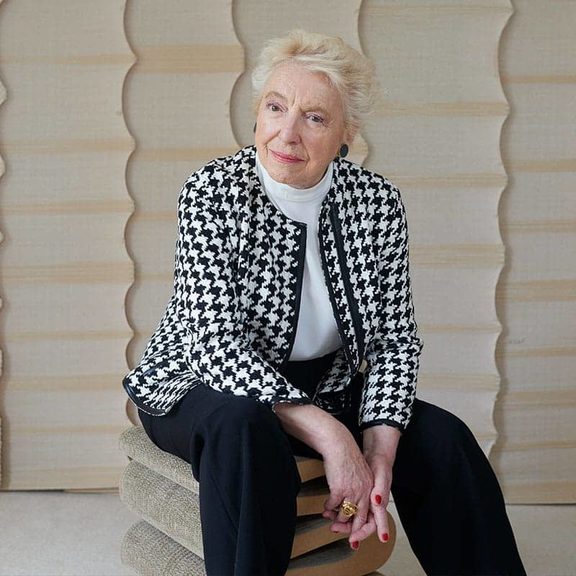 You mentioned the philanthropic work you do. Do you wanna explain a little bit about what that work is that you do? Where you give away all that money.

Well, I concentrate on things that I know and care about Megan. There are really only two. Information Technology which is my professional discipline, and autism – which was my late son’s disorder. So I have done a little bit, um, 15 million sterling to the IT industry; the Oxford Internet Institute which looks at how the internet is impacting the social, economic, legal, and ethical issues. And over fifty million sterling for autism, and that has included three charities, which I started, which I ran to begin with, which I got sustainable.

My son was the first resident in the first home of that first charity, which now supports 143 of equal vulnerability. The second one is the biggest project that I’ve ever done. I’ll say it’s given me enormous, enormous pleasure, and that was setting up a quality school for autistic pupils modeled on my charity. That now has 600 hundred staff, it uses a robot to teach the autistic pupils. It show what can be done what can be done with these very vulnerable children, many without speech, most with learning disability. All of them have what social workers call distressed behaviour. We used to call it challenging behaviour but it’s really an exhibition of their distress.

The third charity, that I started in this century, is Autistica which funds medical research into the causes of autism. That long term is the one that’s going to be making more difference than anything else. We really… we don’t know what autism is yet. We know it’s a brain disorder, we know 80% of which is genetic. The other 20% is absolutely unknown to us.

The was another line in an interview with you – the idea of not tackling issues head on but trying to find a way around them. Which I thought was a beautiful way of describing it. Instead of just bulldozing straight through something, trying to actually work a way around it. Do you still think you do that in the philanthropic work?

Yes, I don’t come across the same antipathy in the philanthropic work that I did in business. People actually play nice when they know you might be giving some money to them [LAUGHS]!

And I know that if ever I got lost somewhere in the world, lots of charities would quickly come find me. So [that] gives me a sense of security. Ha ha!

I do believe that particularly perhaps it’s a woman’s approach to business. I don’t go head onto things. I do a lot of fact-finding. I find out what people are doing, and then I somehow tunnel my way into the problem. If I can’t go through it then I’ll go under or over or round or tackle a different problem. I try to be very practical about what I can and cannot do, and most things of course I can’t do. There are some things I can do and I need to focus on those.

What one piece of advice would you give women? Whether they’re or not entrepreneurs, or working in tech, or just making their way through the workplace. What would you tell them to do or do or not do?

It’s equally true for men I think as well . You have to choose something you really enjoy, that you want to do, that you have the innate skills to do so. Get yourself informed, and go for it! Try it out. If it works you do more of it, if it doesn’t you do something else. And really not be put off by the fact that you may not have the right qualifications or you may not… perhaps people say don’t do that it’s terribly difficult. Do something that you want to do and then work is not just something you do when you’d rather be doing something else.