Navigation for Pole To Pole

The Earth’s poles are more sensitive to change than other parts of the world and they hold some of the clues to the future of our changing planet. The need to understand how the poles have behaved in the past and how they may react to environmental changes in the future has become so pressing that some 60 countries are spending almost two billion dollars between them on polar research during the International Polar Year.

Similarly, science broadcasters have joined forces for this Pole to Pole project to explore the current understanding of the polar environment, the changes in the icy landscapes and oceans, the plants and animals that survive in the often hostile conditions – and the people whose lives are so finely tuned to the conditions of these special places. 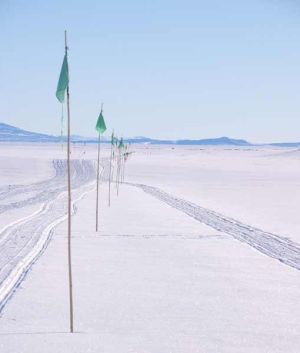 Produced by Veronika Meduna as part of a collaboration between RNZ, Soundprint, BBC, ABC and Deutsche Welle