The area off the east coast of the North Island is known to have active slow-moving submarine landslides, but until recently it was unclear what might be causing them. During a recent expedition, a joint New Zealand/German research team used state-of-the-art 3D seismic and echosounder technology to map the seafloor and disovered a vast network of frozen methane deposits and methane gas flares that may play a role in the underwater land movement. 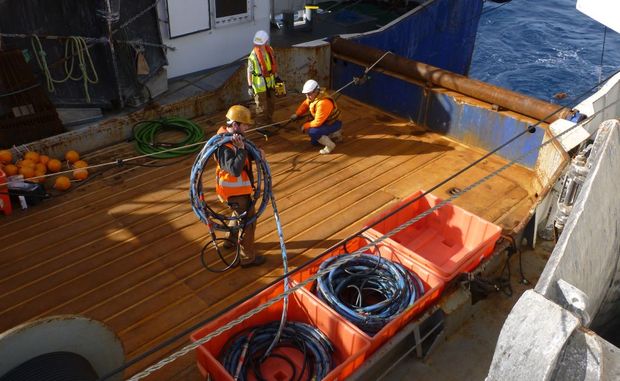 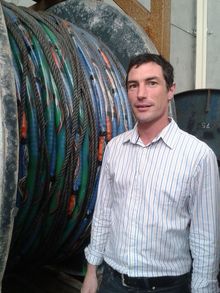 Slow-moving submarine landslides such as those observed off the coast of Gisborne are unusual, and this discovery of methane deposits that are very different from others in New Zealand may provide an explanation for the unusual seafloor topography.

"So far all gas venting sites have been in deeper water and close to large earthquake faults," says expedition leader and NIWA marine geologist Joshy Mountjoy (pictured on the right with some of the echosounding equipment; image: V. Meduna). "What we've found here is high-density methane flares in very shallow water, as well as gas building up beneath a large landslide and being released along the landslide margins."

The team identified methane gas in the sediment and in the ocean as well as vast areas of methane hydrate, ice-like frozen methane, below the seafloor. They also found a large area with 99 gas flares, some of which are venting from the seabed in columns up to 250 metres high. This is believed to be the densest concentration of seafloor gas vents known in New Zealand.

The researchers have proposed that the landslides may be the seafloor equivalent of glaciers, with frozen methane instead of ice, or that the pressurised gas is triggering the ongoing down-slope movement. 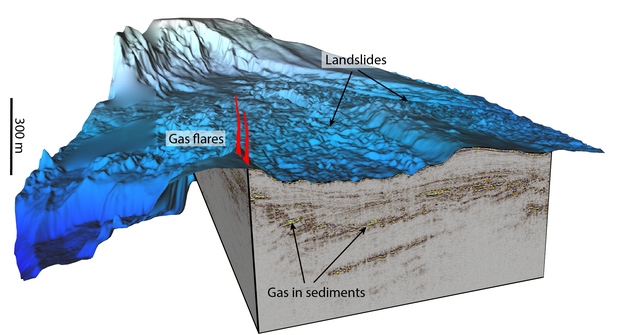 This expedition was part of a larger international project focusing on the interactions between gas hydrates and slow-moving landslides. Dubbed SCHLIP, for Submarine Clathrate Hydrate Landslide Imaging Project, the investigations continue and will involve drilling into the landslide during the next voyage.

But the findings are also significant for another reason. "Methane is a very effective greenhouse gas," says Joshu Mountjoy. "Seabed methane release has the potential to dramatically alter the Earth's climate. As ocean temperatures change, the methane hydrate system has the potential to become unstable."