Dark Matter of the Genome 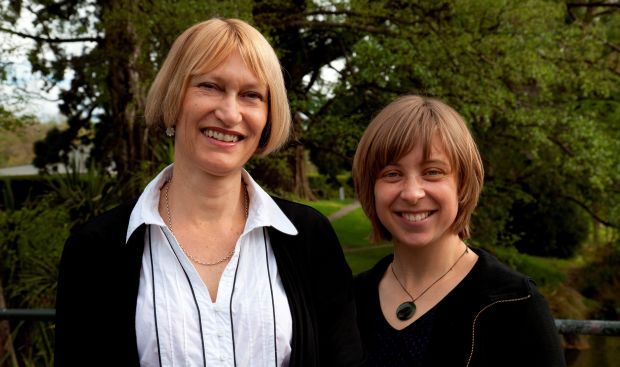 Only 2 per cent of the human genome actually codes for proteins, and it was previously believed that the remaining 98 per cent of non-coding DNA had no biological function. It was therefore referred to as "junk DNA".

Over time it has become obvious that this non-coding DNA is not “junk” and may in fact play a critical role in disease, with studies finding that fewer than 10 per cent of the genetic variations significantly associated with disease are in protein-coding genes.

Vicky Cameron (above left) and Anna Pilbrow (above right) from the University of Otago, Christchurch are using donated human heart tissue from the Cleveland Clinic in Ohio, USA to delve into “junk DNA”, which is now also known as the “dark matter of the genome”. They are also collaborating with a Swedish research group who have access to samples of human artery tissue.

The team has found that people with a higher risk of heart disease have a certain variant in the non-coding part of genome which leads to cells dividing faster.

Ruth Beran meets with them, and discovers that their work may lead to a blood test for biomarkers which could indicate a person’s genetic risk of developing cardiac disease later in life.