The Acid Test - a Feature on Ocean Acidification 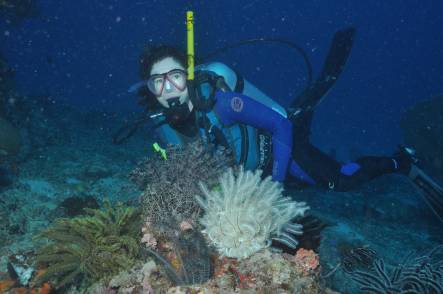 In this special feature on ocean acidification, producer and diver Alison Ballance finds that coral reefs, such as the Great Barrier Reef pictured here, are already experiencing the effects of increasing acidity. (Image: M. Francis)

Ocean acidification has been called 'The Other Carbon Dioxide Problem'. We're all familiar with global warming and the effects that increasing carbon dioxide emissions are having on the atmosphere, but what few people realise is that about 30% of carbon dioxide emitted by human activities since the beginning of the industrial revolution has been absorbed by the world's oceans. And rising levels of carbon dioxide in seawater are beginning to affect ocean chemistry, and as a consequence, marine life.

In this Our Changing World feature Alison Ballance talks with chemists and biologists about ocean acidification, what it is and what their experiments are beginning to reveal about its possible effects in southern hemisphere waters.

The Royal Society of New Zealand published an emerging issues paper on ocean acidification in 2009, following on from a similar position paper published by the Royal Society in 2005. Recent articles on the subject have featured in The Economist, Science (pdf) and Scientific American.