The sound of static crackles in the damp bush. It's a common background noise for many bird conservation researchers following the birds they are busy trying to save. 'You start dreaming about it' says Postdoctoral Fellow Dr. Zoe Stone, as she walks through the Turitea Reserve holding an aerial, with a receiver slung across her chest. 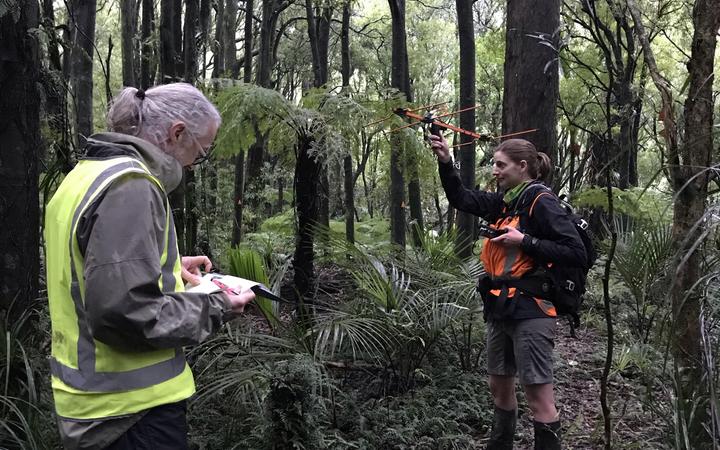 Zoe is tracking the movements of the forty toutouwai, or North Island Robins, that sing and peck their way through life in a 4000 hectare area of bush on the outskirts of Palmerston North. The toutouwai came from Bushy Park Tarapuruhi Forest Sanctuary near Whanganui and have been re-introduced to the area through a collective effort involving Palmerston North City Council, the Rangitāne o Manawatū iwi and researchers from Massey University, including Zoe and her colleague Professor Doug Armstrong.

While toutouwai do very well in fenced predator free reserves and offshore islands, re-introductions on the mainland have not had the same success. 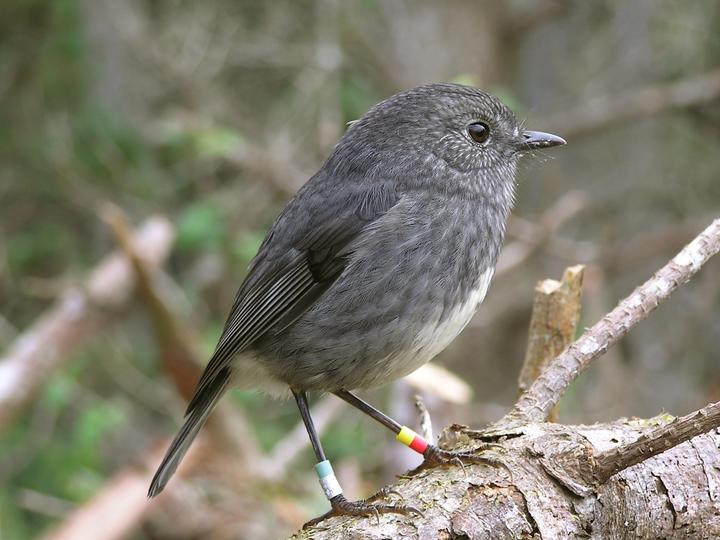 But that’s all about to change. After decades of work on predator-trapping, bird behaviour and tree flowering and seeding, conservationists are moving towards re-introducing native birds back into mainland forests. This toutouwai translocation is the ideal opportunity for researchers to gain helpful insights towards that goal.

They want to know what happens when you bring birds back to a large area like Turitea. Do they stay close to the release site? Or do they disperse more widely? What kind of area needs to be controlled for predators to keep them safe? How do they react to ‘edges’ like farmland?

Each toutouwai has been fitted with a transmitter that broadcasts a signal on different radiowave frequencies. These signals can be detected by flying an aerial-equipped drone over the forest, or, the traditional way, by Zoe hiking through the bush and scanning for birds.

Zoe & Doug hope that what they learn will inform future bird re-introductions, and help with the overall larger goal of getting More Birds in the Bush.