Bats on the Map

One wall of the Owaka museum is covered with a giant map of the Catlins area, with stickers marking where bat detectors have been used to successfully detect pekapeka. The Catlins' Bats on the Map project has delivered on its aim. Literally. 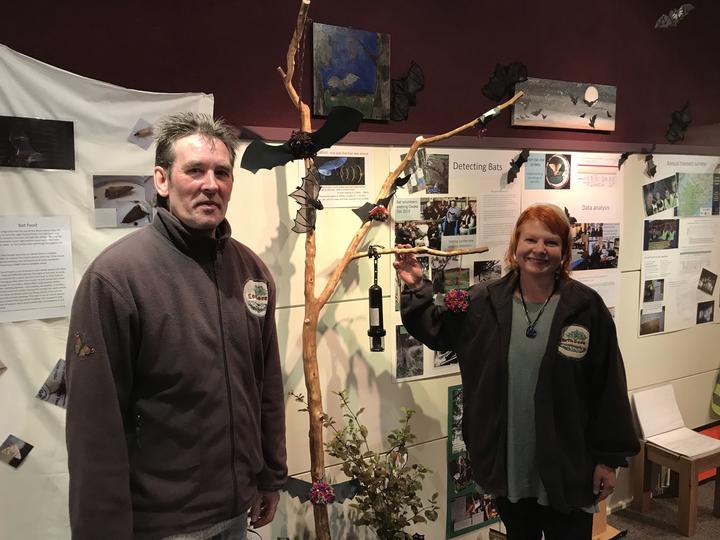 Gordon and Janine Thompson at the Catlins Bats on the Map exhibition in Owaka museum. Photo: RNZ/Claire Concannon

It’s opening night of a new exhibition telling the story of the project, and the crowd gathered is abuzz about bats, eager to share what they’ve learned. They've been investigating bat distribution in different areas at different times of year, as well as gathering data on the insects that they eat.

The Catlins is a large hilly forested coastal area straddling South Otago and Southland. It is home to one of Aotearoa's two native land mammals - the long tailed bat. Classed as nationally critical, any data that can be collected on the distribution of these bats can help with their conservation. 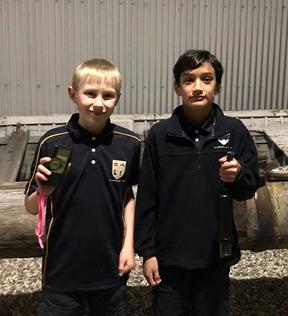 The Catlins community have been doing this work as a massive group effort. Volunteer groups run summer evening transect surveys each year with hand-held detectors. School children, their parents and their teachers have gone on overnight bat camps and have studiously hung out bat detectors in different areas around their homes, farms and schools, hoping to record the echolocation calls of bats as they hunt their prey at night.

The project has been supported by the South Otago Branch of Forest and Bird and by Curious Minds Otago Participatory Science Platform. Project leader, and South Otago Forest and Bird volunteer, Catriona Gower, says all the data collected will be analysed and fed in to the Department of Conservation work on pekapeka.

To find out more, the students in Catlins Area School have made a video about the project, or you can visit the project's Facebook page. It helped Captain Cook's sailors stay afloat in the 18th century but these days Cook's Scurvy Grass is fighting for its own life.

The sub-species of coastal cress was used by the English explorer to ward off the vitamin C deficiency, scurvy, but it's now considered a threatened species.

However the plant is being monitored and nurtured at the Charlesworth Reserve in Christchurch, alongside another conservation trial of a rare native butterfly.

Katy Gosset pays a visit and meets two volunteers - Tanya Jenkins, from the Avon-Heathcote Estuary/Ihutai Trust, and Bill Simpson - who are helping to make a difference. 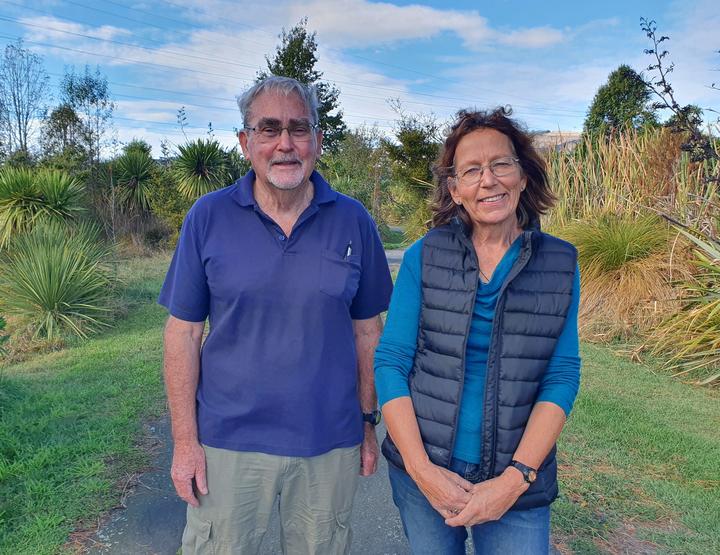 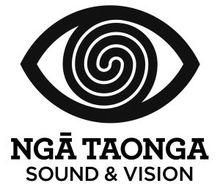