Glaciers as barometers of climate change

Talk about glaciers in New Zealand and most of us think about the great glaciers of the South Island – Fox and Franz Josef glaciers on the West Coast, and Tasman Glacier near Mount Cook.

But glaciologist Shaun Eaves has been pondering the forgotten glaciers of the North Island, and their past and future. 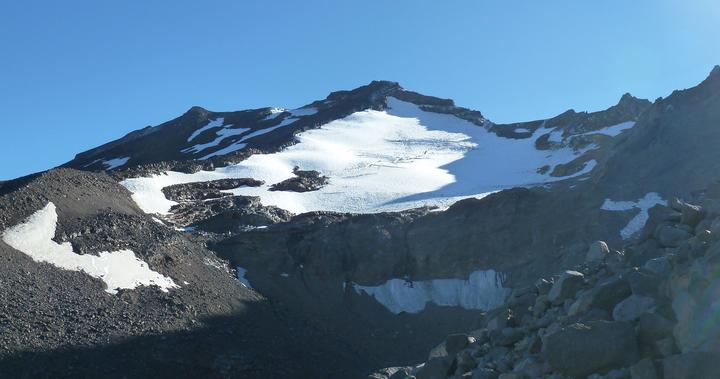 “The recipe for a glacier? You need cold temperatures and precipitation,” says Shaun. “Snow is what the glacier wants.”

Over time this snow compacts to become ice and eventually becomes large enough to be counted as a glacier.

Weather is critical to a glacier’s survival.

“The colder the temperature, the less snow and ice you’ll lose over the course of a year, particularly during summer.”

“If you manage to keep some of your winter snow through the summer then that will add mass, and either sustain or start to build a glacier,” says Shaun. 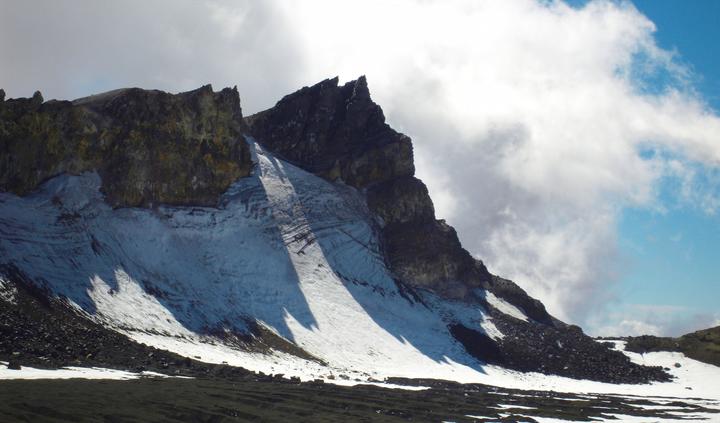 Sweet spot for a glacier

Glaciers occur at higher altitudes, where it is colder.

Shaun says they exist above a hypothetical line that glaciologists call the snowline, the altitudinal point where it is cold enough for snow to last year round.

Snowline in the South Island is about 2000 metres above sea level, so there are plenty of mountains higher than that where glaciers can form.

Although glaciers are born at higher colder altitudes, their ice can flow well below the snow line, almost to sea level in the case of Fox and Franz Josef glaciers.

Shaun says there are more than 3,000 glaciers in the South Island, although some smaller ones at lower elevations have disappeared in the past few decades. 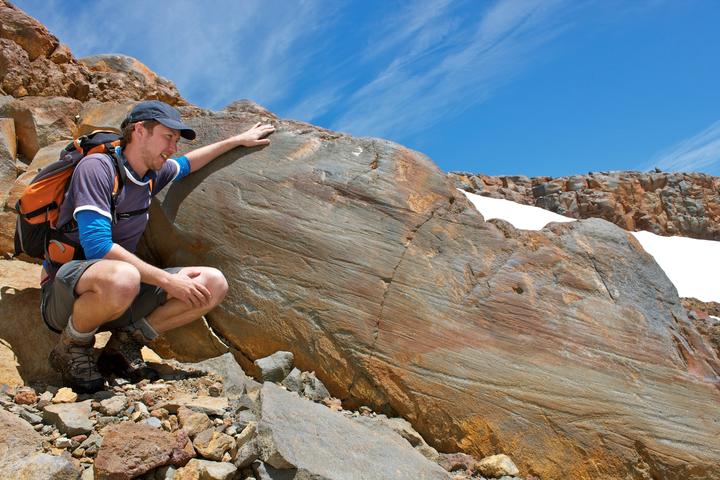 Glaciologist Shaun Eaves looks at glacial striations on a large rock above Whakapapa skifield. The scratches were made by a former glacier. Photo: Emily Warren-Smith

He says that people may be surprised to know that there are still glaciers in the North Island, although it’s difficult to put an exact number on them as defining exactly what a glacier is can be difficult.

“To me, a glacier is a perennial body of snow and ice that is deforming under its own weight,” says Shaun.

Shaun says that physics shows that an ice patch needs to be at least 30 metres thick for it to start deforming.

There has not been any research to measure ice thickness on Mount Ruapehu, which at 2797 metres tall is the only North Island mountain high enough to rise above the snowline. The snowline is at about 2600 metres on the central volcanic plateau.

Shaun thinks there are eight recognisable glaciers, although Te Ara states there are 18 small glaciers on Mount Ruapehu. 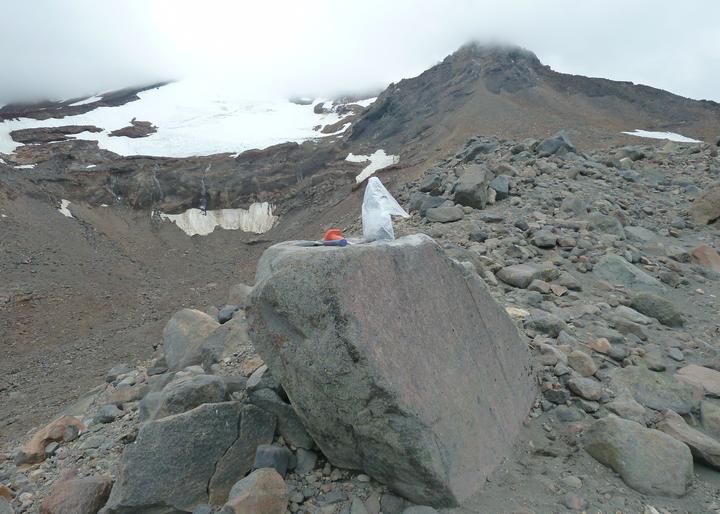 What glaciers can tell us about past climates

When glaciers melt and retreat they leave behind evidence of where they have been in the form of moraine walls, u-shaped valleys, and marks or striations on rocks where the moving ice has dragged debris along its bed. 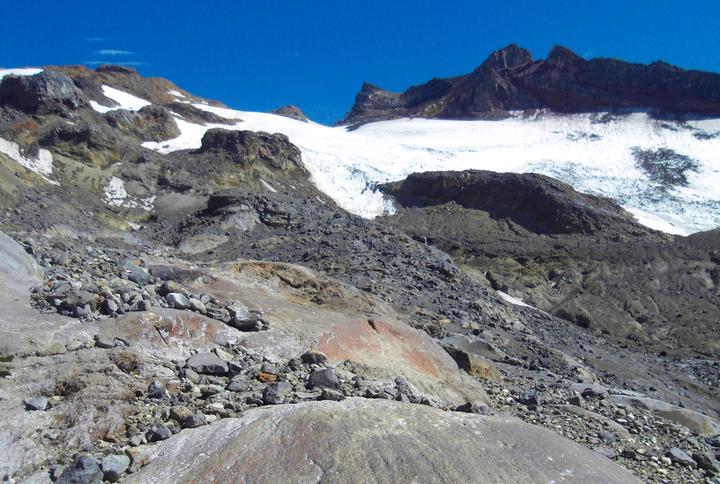 Shaun has been using this kind of evidence to estimate the extent of glaciation in the North Island during former cold periods known as glacials or ice ages.

At the peak of the last glacial, about 20,000 years ago, air temperatures were five to seven degrees Celsius colder than today, and the snowline was about a kilometre lower than today.

Geological evidence shows that large mountain glaciers occurred on both Mount Ruapehu and Mount Tongariro, as low as 1200 metres.

There is also evidence that small glaciers occurred in places such as the Tararua Ranges.

Glaciers in a warming world

As global temperatures rise so does the snowline, shrinking the mountain area suitable for the formation and maintenance of glaciers.

“On Ruapehu,” says Shaun, “there is not a whole heap of area for snow to fall and be retained, so once the snowline rises above the summit plateau [at 2600 metres] we see the glaciers essentially cut off from input of annual snow and then we just get net melting.”

Listen to the full story to hear Shaun Eaves discuss glaciers and what they tell us about past and future climates.

Glaciers in trouble after 2018 marine heatwave

The unusual case of the 'growing' glaciers