A new test for IVF embryos

Researchers at Victoria University of Wellington are developing a new non-invasive test that they hope will help fertility clinics quickly determine if embryos are carrying too many chromosomes. 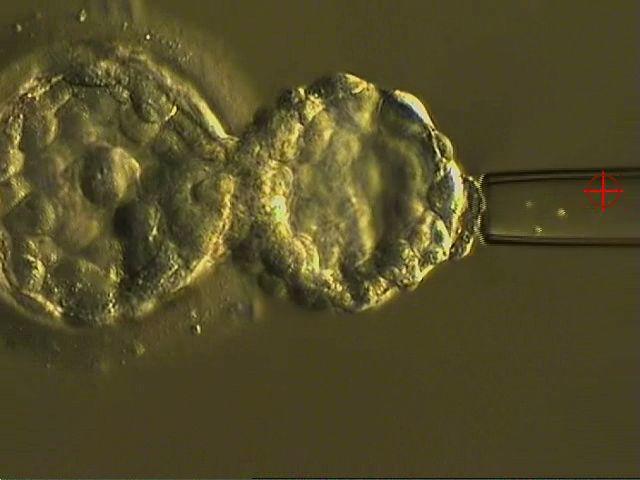 A human embryo at about six days old undergoing pre-implantation genetic testing to determine if it has too many chromosomes. Photo: Fertility Associates Wellington 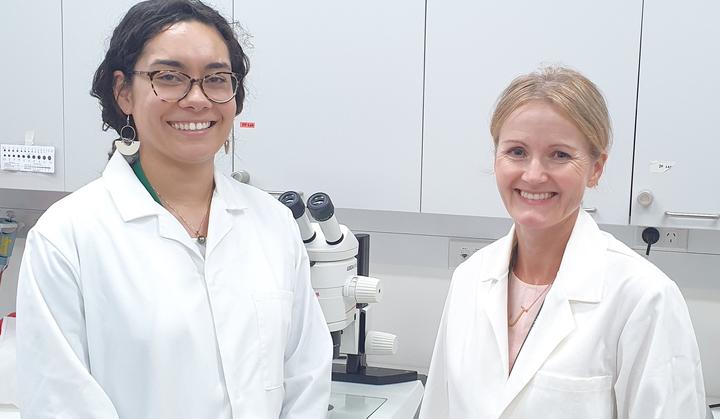 Fifty percent of human embryos carry too many chromosomes.

This is a condition known as aneuploidy and it is usually fatal, with most of these embryos failing early on in a pregnancy.

The rate of aneuploidy increases as a mother’s age increases.

Down’s syndrome is an example of aneuploidy that is not fatal, although people carrying three copies of chromosome 21 instead of the usual two, experience intellectual and health difficulties.

This is particularly an issue in fertility clinics, where about 90 percent of embryos are implanted without undergoing pre-implantation genetic testing, which is expensive and involves collecting cells from an embryo when it is about a week old.

Janet, and colleagues Zaramasina Clark and Melanie Olds, are working on a new test that could be used to test the embryo indirectly.

The idea is to identify biomarkers excreted by the embryo and see if they can be detected in the culture media that the embryo is being grown in.

“We have been aware for some time that the embryo communicates with the uterus,” says Janet. “They send these little signals to each other.”

“They actually get rid of some genetic material in these membrane-enclosed vesicles.” 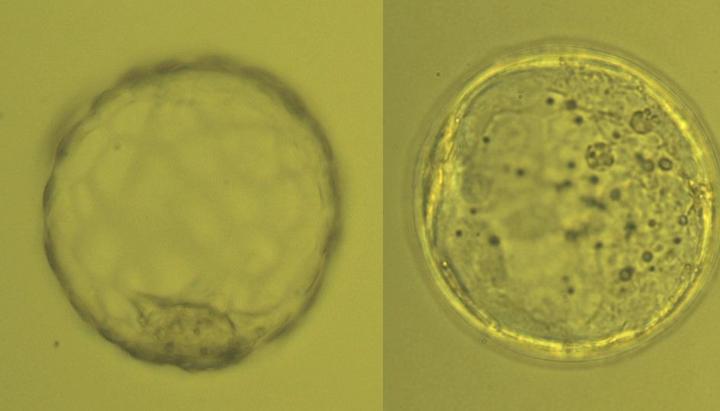 Janet says that these encapsulated and secreted miRNAs have been shown to be expressed at levels that correlate to various diseases, so the idea is that a cell containing three copies of a chromosome will excrete proportionally more miRNA than one containing just two copies.

“We’re really interested in the genes on chromosome 21, to see whether they are expressed at a 1.5-fold rate than those in a normal embryo because there are three chromosomes instead of two,” says Janet.

Fertility researcher Melanie Olds with what she describes as a lovely mouse embryo magnified on the screen behind her. Photo: RNZ / Alison Ballance

The team is in the early stages of research using Down’s syndrome mice that carry too many chromosomes to develop techniques for detecting and measuring the vesicles.

This research is funded by the Health Research Council.

Listen to the full podcast to hear more about aneuploidy and the research to develop a better test for it.