All at sea - the surprising reach of river waters

Autonomous ocean gliders that measure New Zealand’s coastal seas have detected eddies of river water more than one hundred kilometres away from their source. 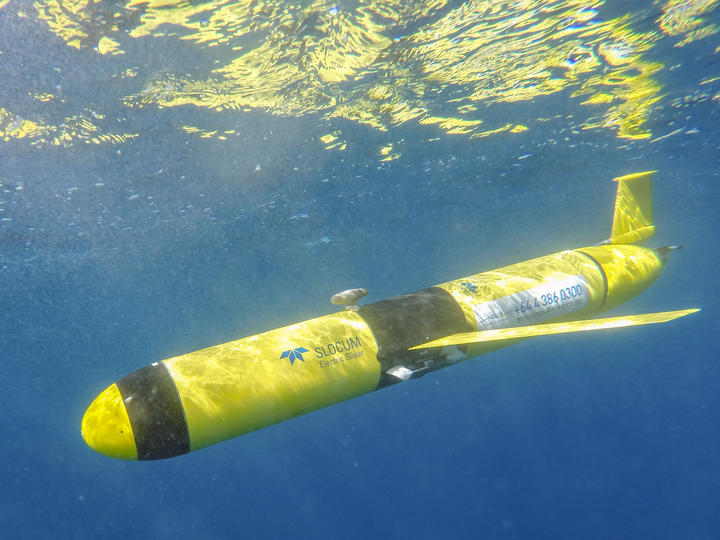 NIWA's ocean glider Manaia is an autonomous underwater vehicle about 1.5 metres long, capable of spending a month at a time at sea. Photo: Dave Allen / NIWA

Rivers discharging plumes of sediment-rich freshwater into the ocean are a common sight around the New Zealand coast.

But it has taken two ocean robots, named Manaia and Betty, to reveal just how far offshore eddies of this freshwater can travel. 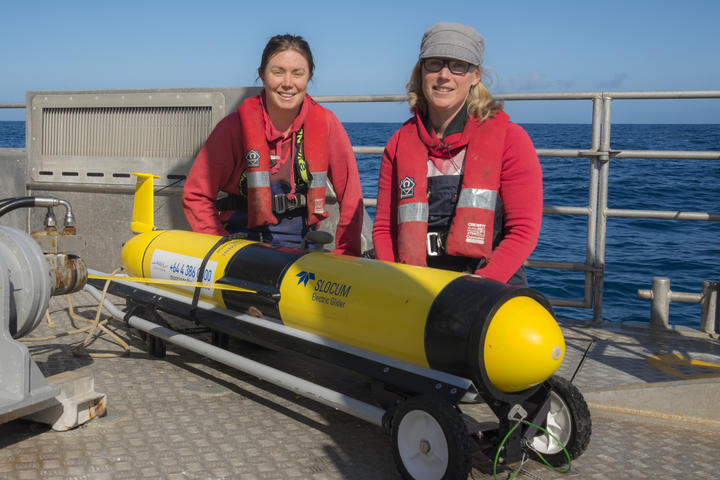 Joe O’Callaghan is a coastal oceanographer NIWA and the Sustainable Seas National Science Challenge. She says that in the past few years the underwater gliders have been carrying out repeated surveys of greater Cook Strait.

The gliders measure salinity, turbidity, temperature and chlorophyll, and Joe says they detected a distinct salinity signature much further offshore from Golden and Tasman bays than previously recorded. 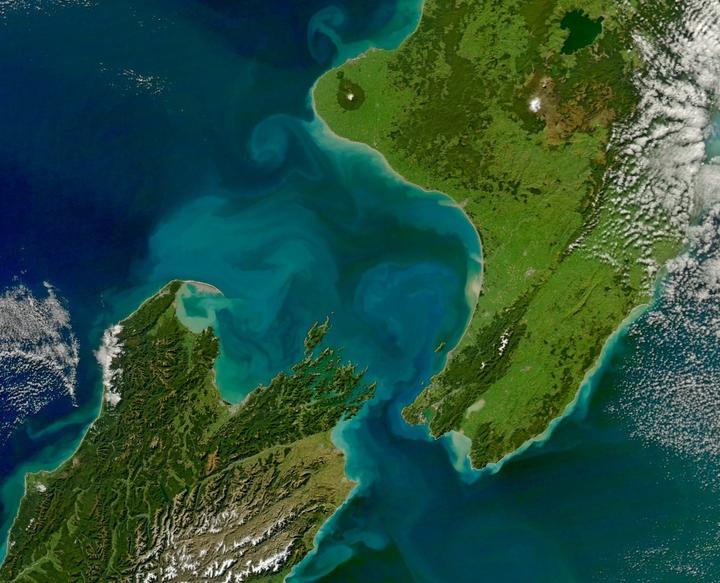 Eddies of water from rivers in Golden and Tasman Bay reach more than 100 kilometres out into greater Cook Strait. Photo: NIWA

Four rivers feed into these bays, with the Aorere and the Motueka being the largest.

Joe says that traditionally it was thought that water from these rivers would be moved by tides and wind, causing them to meander and shed different sized 'blobs' of rotating water or eddies that carry nutrients and sediment offshore. The idea was that it “would mix locally and just not have a very substantial signal outside of the bays.”

“Instead we’ve got some quite significant far-field signals,” says Joe.

The freshwater eddies are about four to ten kilometres across, and last from a few hours to a few days, depending on the strength of the D’Urville current which varies in intensity and direction. 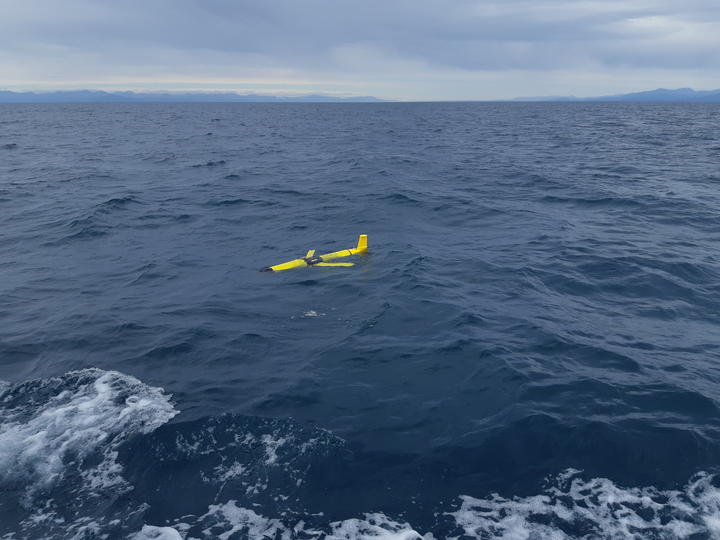 Little glider in a big ocean - Manaia the underwater robot can detect things in sea water that are invisible to satellites. Photo: Joe O'Callaghan / NIWA

University of Auckland PhD student Khushboo Jhugroo says these eddies “connect the land and the ocean.”

“What’s new with this study is that it’s taking this connection much further out to sea than we previously know,” says Khushboo.

The freshwater eddies are buoyant and float on the surface where sunlight can reach them, which means the often nutrient-rich freshwater may contribute to phytoplankton blooms and general ocean productivity. 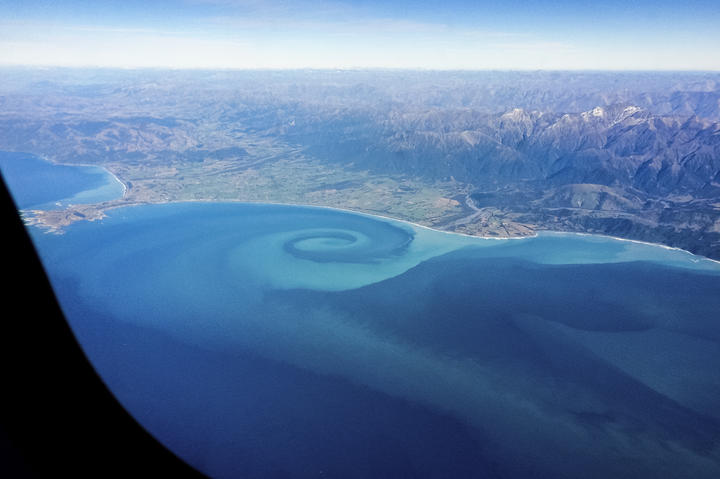 The Hapuku River, on the Kaikoura Coast, creates a giant eddy swirl as it mixes with sea water. Photo: Ryan Evison / NIWA

"The glider observations are more effective at tracking rivers than satellites because they can map the ocean in all weather conditions and at much better resolution", says Joe.

"Betty and Manaia detect not only temperature, like satellites, but also salinity which was key to seeing these eddies."

Joe says it is interesting that these well-travelled eddies come from rivers that are quite small by world standards. She suspects that they will find further evidence of river eddies well offshore around the rest of New Zealand.

And she wonders what the impact of increasing heavy rain and flood events might be on the coastal environment, as larger volumes of water are discharged out to sea more often.

Joe O'Callaghan talks with Alison Ballance about Wellington Harbour's smart buoy, which regularly gets surrounded by muddy water from the Hutt River.

Join Joe on a sea trip to Kapiti Island to retrieve Manaia, the ocean glider.

And one place in New Zealand where plenty of freshwater arrives in the sea is Doubtful Sound - it's a mecca for coastal oceanographers.