Probing the hidden continent of Zealandia

Ocean floor rock cores drilled into the sunken continent of Zealandia are revolutionising our understanding of Earth’s geological history and how continents form. 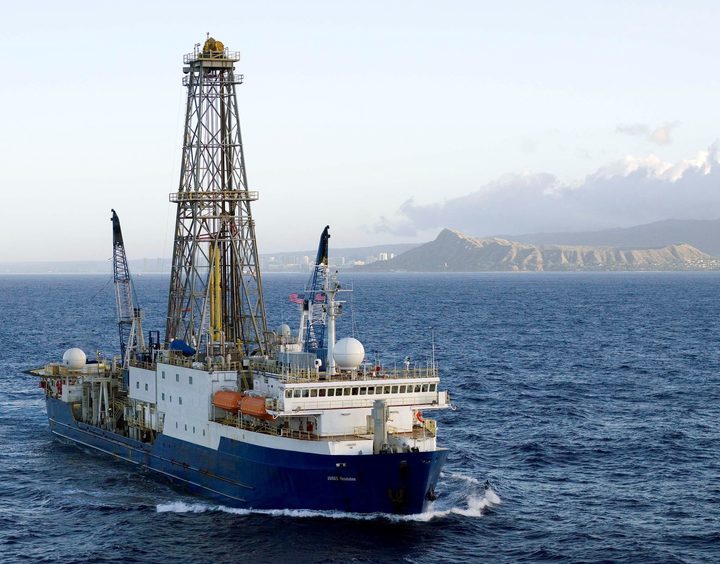 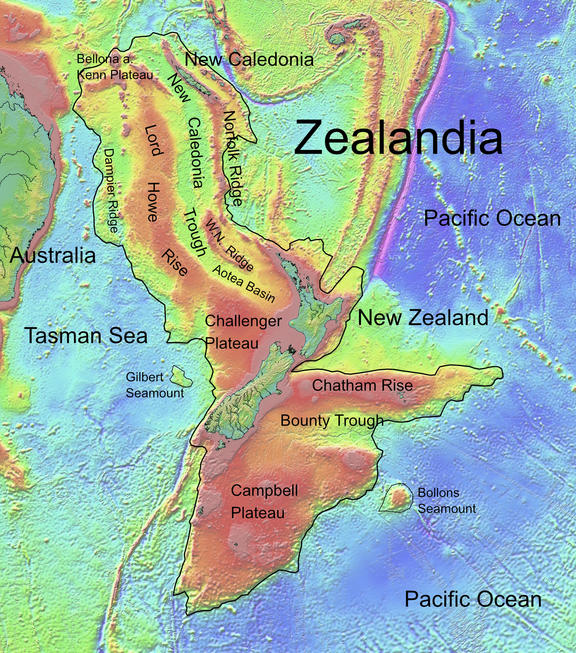 Zealandia might be a hidden continent, but it is twice as large as India. It surrounds New Zealand and stretches north to New Caledonia and south beyond subantarctic Campbell Island.

Professor Rupert Sutherland, from Victoria University of Wellington, says “it was really discovered in the 1960s and 1970s through seafloor mapping.” In 1972, three rock cores were drilled into the seafloor, revealing rocks that were continental in nature.

But despite its size it is a newcomer in being recognised as a continent. It was formally recognised, scientifically in 2017, having already been acknowledged legally under the United Nations Convention on the Law of the Sea.

Unlike the world’s other continents, which are mostly above water or covered in shallow water, nearly 95 percent of Zealandia is underwater, at depths of a kilometre or more.

“What makes New Zealand different is that so much of it is underwater,” says Professor Gerald Dickens, from Rice University in the United States. 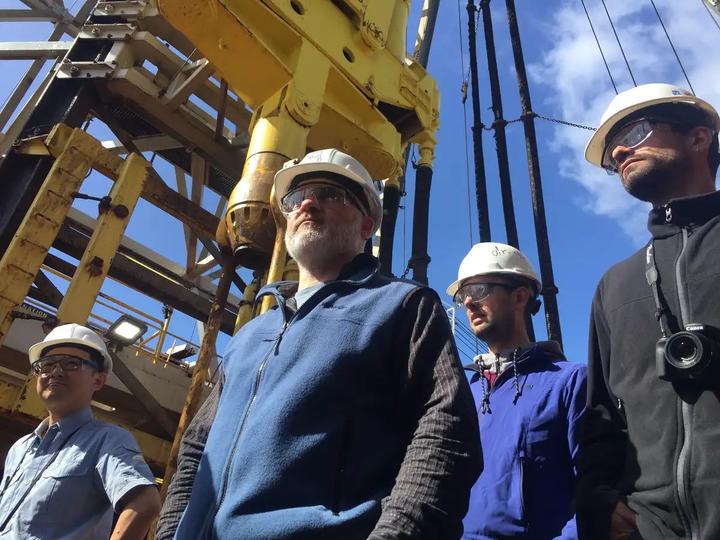 In 2017, for the first time in nearly 50 years, an International Ocean Discovery Programme expedition aboard the JOIDES Resolution drilled at six carefully chosen sites to gather evidence that could answer questions about how Zealandia formed and also how other continents formed.

It has been known for a few decades that New Zealand began separating from Australia and Antarctica, which were all part of the ancient continent of Gondwana, about 100 million years ago. This separation stopped about 50 million years ago.

‘That’s where the history of Zealandia gets truly fascinating,” says Gerald.

“It starts going through compression and uplift, so parts of Zealandia are going up and parts are going down, and it becomes a very complicated continent.” 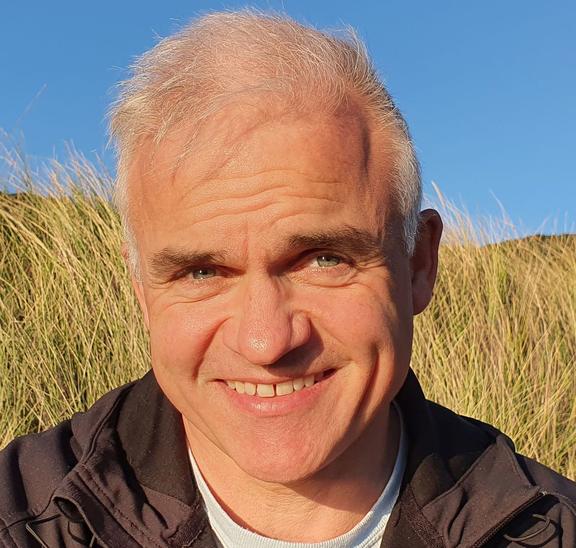 Rupert says that what is becoming clear is that these upheavals between 50 and 20 million years ago were in some way related to the Pacific Ring of Fire.

The Ring of Fire is related to the process of subduction, a process where a tectonic plate “subsides and sinks deep into the earth’s mantle,” says Rupert. The result is an active zone of volcanism and tectonic activity.

Another intriguing finding is that the subduction zones that make up the Pacific Ring of Fire have resurrected ancient zones.

“There is evidence in New Zealand for older subduction systems that were active for many hundreds of millions of years and died before 100 million years ago. And it seemed like a new subduction zone was created in pretty much the same place. That’s a very fascinating result,” says Rupert.

“For me what’s exciting … is that for a long time we thought of the ocean as a bath tub and water goes up and down,” says Gerald. “But what we’ve started to learn, and it’s highlighted very strongly in this particular expedition, is that the bath tub is changing shape, and the bottom is going up and down.”

Expedition reveals the violent birth of Earth’s hidden continent Zealandia, forged in a ring of fire

Three years ago, the identification of Zealandia as a continent made global headlines.

First it was ripped away from Australia and Antarctica, and then it was carved by forces that started the Pacific Ring of Fire.

Why Zealandia is so different to other continents

Zealandia has an unusual geography for a continent. More than half the surface area of Earth’s other six continents are composed of low-lying land and shallow seas, and they have relatively narrow mountain ranges and steep continental slopes in the deep ocean.

In contrast, Zealandia is mostly hidden beneath more than one kilometre of water and could be classified as more than 90% continental slope. This makes it a challenge to explore.

The first scientific drilling expedition to sample in the area where we now know Zealandia is took place in 1972 between Australia, New Zealand and New Caledonia. The results suggested tectonic forces stretched and thinned Zealandia’s crust until it was ripped from the ancient supercontinent Gondwana about 85 million years ago, during the time of dinosaurs. This created a deep ocean: the Tasman Sea.

The evidence remains compelling that this is at least part of the answer to how the geography of Zealandia formed. But detailed surveys during the 1990s and 2000s, carried out to establish sovereignty over the Zealandia continental mass by New Zealand, Australia and France, suggested other contributing factors.

Read more: What are lost continents, and why are we discovering so many?

How the Pacific Ring of Fire shaped Zealandia

In 2017, we led a nine-week expedition into the southwest Pacific as part of the International Ocean Discovery Program (IODP), with 32 scientists on board the research vessel JOIDES Resolution. Our aim was to unravel why Zealandia is so different from the other continents.

Our newly published results have been drawn from that expedition 371, where we collected new samples and sought to test our hypothesis that formation of the Pacific Ring of Fire played a key role in shaping Zealandia.

We collected sediment cores from up to 864 metres beneath the seabed at six sites far away from land or shallow water. At the deepest site, the water was five kilometres deep and our drill weighed 300 tonnes. We used fossils from three of the sites to show northern Zealandia became much shallower and likely even had land areas between 50 and 35 million years ago. At about that time, two other sites became submerged into deeper water, and then the whole region subsided an additional kilometre to its present depth.

These dramatic changes in northern Zealandia, an area about the size of India, coincided with buckling of rock layers (known as strata) and the formation of underwater volcanoes throughout the western Pacific.

The Pacific Ring of Fire is a zone of volcanoes and earthquakes running along the west coasts of north and south America, past Alaska and Japan, and then through the western Pacific to New Zealand. The violent geological activity in this zone reflects deeper unrest at the boundaries of tectonic plates, caused by “subduction processes” – where one tectonic plate converges on another and sinks back deep into the earth.

We know the Pacific Ring of Fire formed about 50 million years ago, but the process remains a mystery. We propose a “subduction rupture event” – a process similar to a massive slow-moving earthquake – spread around the whole of the western Pacific at that time. We suggest this process resurrected ancient subduction faults, which had lain dormant for many millions of years but were primed to start moving again.

This concept of “subduction resurrection” is a new idea and may help explain a range of different geological observations. The subduction rupture event included unique geological phenomena that that have no present-day comparison, and there may have been fewer than 100 such massive events since Earth formed. Our new evidence from Zealandia shows these events can dramatically alter the geography of continents.

What were the consequences of these geographic changes for plants, animals and regional climate? Can we make a computer model of the geological processes that happened at depth? We are still figuring some of this out, but we do know the event changed the direction and speed of movement of most tectonic plates on Earth.

It was an event of truly global significance – and we now have really good observations and ideas to help us get to the bottom of what happened and why.