There is a fine art to how pedestrians, cyclists, and car and bus drivers navigate the shared thoroughfares of our towns and cities. And in some places, e-scooters are adding to the confusion. 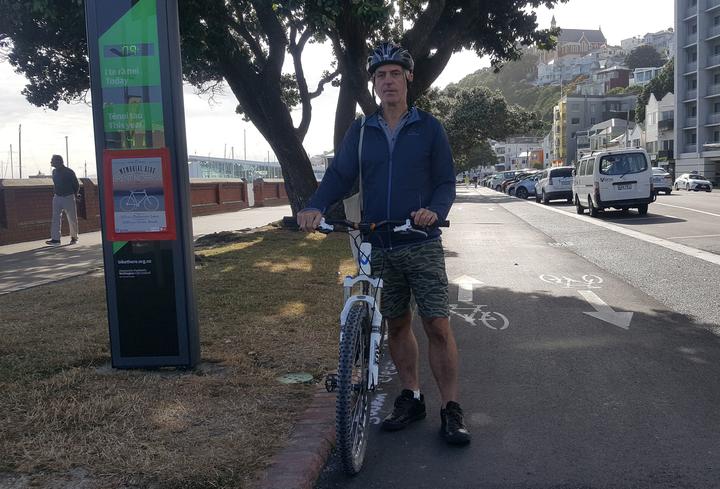 Dr Mike Lloyd is a sociologist at Victoria University of Wellington. He is also a cyclist, and researches the interactions between pedestrians, cyclists and drivers. Photo: RNZ / Alison Ballance

When the first sharrows – share the road arrows – began to appear on Wellington streets, Mike Lloyd headed out on his bike. He had a GoPro mounted on his head, to record the experience.

When there was a fuss about the design of the new Island Bay cycleway, Mike was there on his bike again.

As e-scooters became a ubiquitous presence in our larger cities, Mike was one of the first to leap on board one and begin observing other riders.

Back in his office, Mike analyses the experience frame-by-frame.

Mike’s research interest is how we navigate these shared spaces and in understanding the subtleties of how we acknowledge and accommodate each other.

He says that both looks and non-looks are important. Even a very short glance can be enough to tell one party that the other party has seen them and will make allowances.

But what if the other person appears not to have seen you – are they actually ‘being oblivious’ or are they doing what Mike calls ‘doing oblivious.’

A person ‘doing oblivious’ is aware of the other person but pretends not to have seen them. It’s thought that this helps give them priority, as the other person has to act cautiously and give way to avoid an accident. 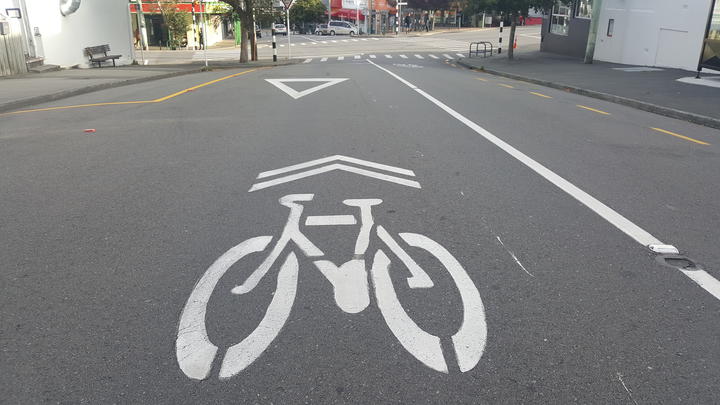 Sharrow markings are used to indicate where bicycles and cars have to share the road. Photo: RNZ / Alison Ballance

He has found that road design—things like placement of speed bumps and the colour and width of paint—combined with the fine movements of pedestrians, drivers, and cyclists, play a remarkably important role in how new cycling infrastructure is used.

Mike includes gaze direction, stance, and the use of objects such as cell phones, car doors, and kerbsides, as important factors that coordinate movement on the road.

“It’s not possible to predict exactly which features of infrastructure play a key role in interaction on the road, but a clear finding is that transition points need particular care in their design," Mike told Victoria University's Victorious magazine.

"The places where cycle lanes move onto shared space on footpaths, where cyclists and drivers share space in ‘sharrow’ lanes, and even the boundary between the kerbside, the cycle-lane, and parked cars, are areas where near misses and collisions can occur,” he says.