The rock wren is a little bird with large feet and several claims to fame: it belongs to an elite ancient group of birds and is New Zealand’s only truly alpine bird.

Dr Kerry Weston has been studying four populations of rock wrens to find out how they fare in the presence of introduced stoats and rats, and she says sustained trapping in the Haast Range in South Westland has created an “island in the sky” where the threatened rock wrens are thriving. 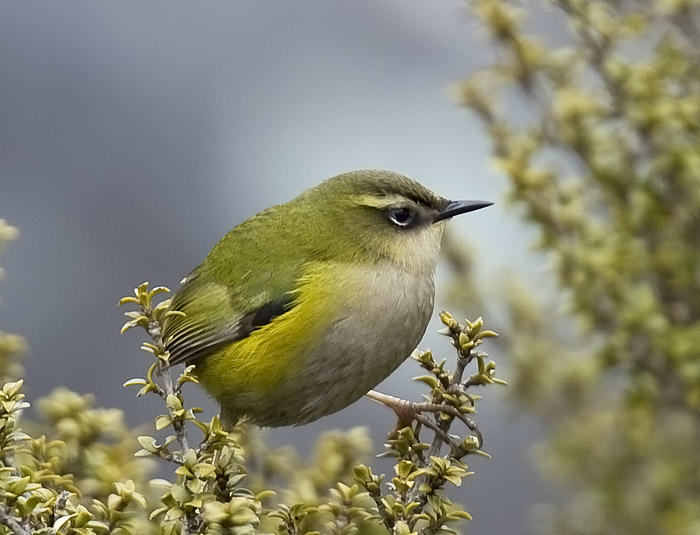 The rock wren, or tuke, lives above the treeline in the subalpine zone of the South Island.

It is a weak flier, but alpine ecologist Kerry Weston, from the Department of Conservation, says “it has these really big feet that are perfect for rock climbing.” 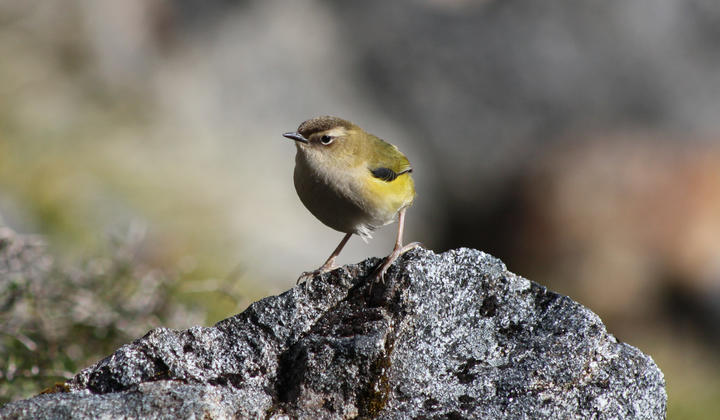 The rock wren is a high-altitude specialist that has been recorded at elevations as high as 3000 metres, where snow lies year-round.

Kerry says we still don’t know how rock wrens survive winter in the mountains, when the alpine and sub-alpine zones are gripped by ice and snow for many months and temperatures can plummet below -10°C.

She suspects the birds – which weigh just 16-20 grams – go into torpor and lower their energy requirements, although they may come out of torpor to feed in amongst small bushes and grasses that are covered in a blanket of snow.

What makes this winter survival feat particularly impressive is that rock wrens don’t have an insulating layer of down beneath their feathers.

At this time of year, nz rock wrens will do almost anything for precious feathers to line their nests! #ornithology pic.twitter.com/1cp6m4oRIo 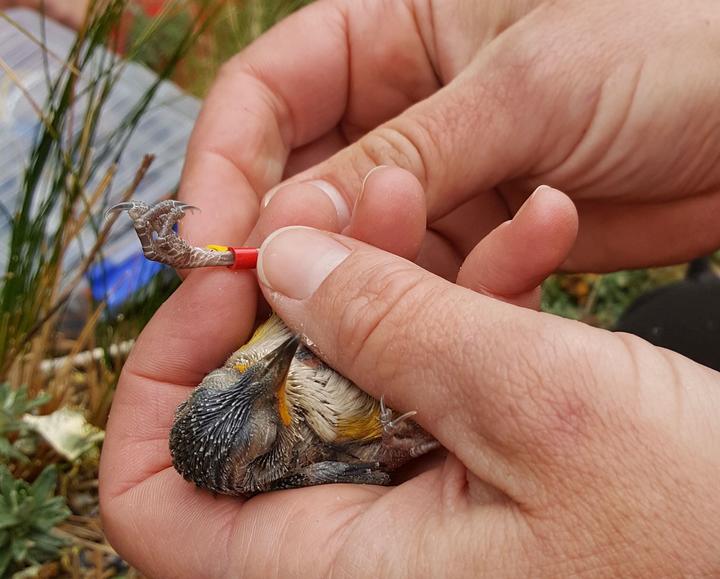 Fitting a fledgling rock wren with coloured plastic leg bands. Rock wrens have no down so they are naked for the first few days until their feathers start to grow. Photo: RNZ / Alison Ballance

This coming winter Kerry will try and use tiny radio transmitters to find out what rock wrens do in the cold.

She says the technology has just got small enough to use, although the batteries only last three weeks so it will take a few years to collect enough data to build a complete picture of winter activity. 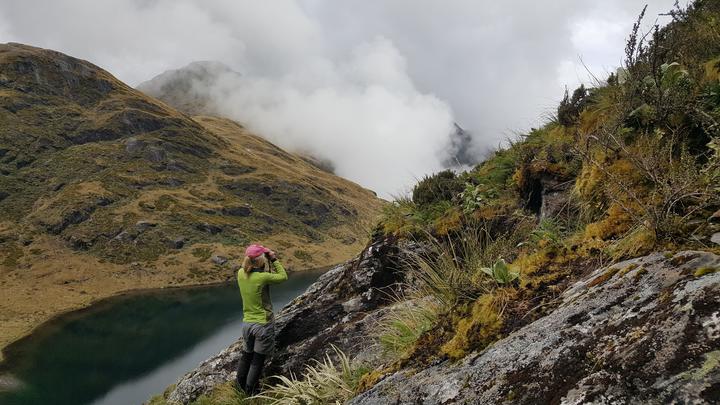 ‘Islands in the sky’

Kerry and her field team are following the breeding success of four populations of rock wren.

The study sites are Lake Roe on the Dusky Track in Fiordland, Homer Tunnel and Gertrude Saddle area on the way to Milford Sound, the Haast Range in South Westland and Kahurangi National Park North West Nelson. The aim of the study is to compare nesting success under different predator-control regimes.

The study quickly over-turned the fallacy that introduced predators such as rats and stoats weren’t a problem in the alpine zone. 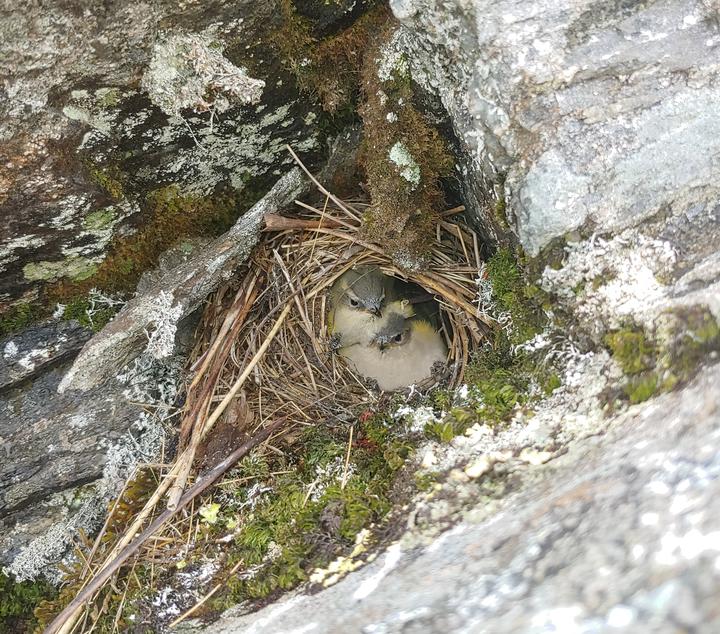 When Kerry began the study, in the summer of 2013-14, she found that only 20-30 percent of rock wren nests in the Haast Range were successfully fledging chicks.

“The majority were being wiped out by stoats,” says Kerry.

Two seasons later, she says they established a trapping network of 90 kill traps, targeting stoats. The traps are checked monthly in summer.

The first season the traps were in place nesting success rose to 60 percent, then 70 percent and 93 percent in the following summers.

“We’ve almost made a little rock wren paradiso up here,” says Kerry. “It’s become this little island in the sky.” 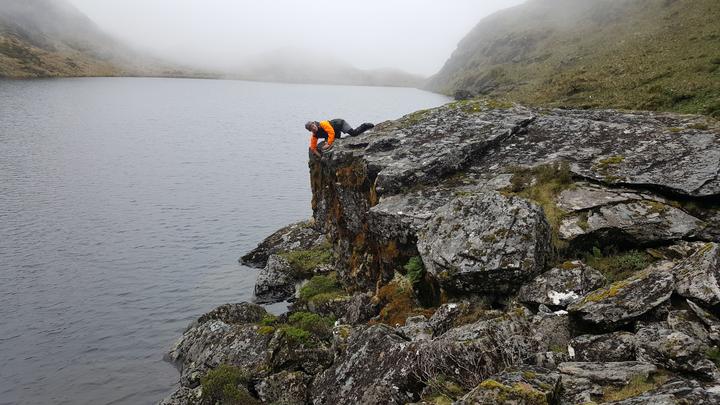 A pair of rock wrens can raise several clutches each breeding season and produce up to five chicks in each clutch.

“When conditions are good these guys can really multiply up,” says Kerry, “and I think that’s why they respond so well to the predator control.”

Since trapping began, the rock wren population in the Haast Range study area has increased from 100 to 250 adult birds.

Lake Greaney, in the Haast Range in South Westland is home to a thriving population of rock wrens, thanks to predator control. Photo: RNZ / Alison Ballance

The rock wren has one living relative – the tiny forest rifleman, which is New Zealand’s smallest bird.

Rifleman and rock wren are the only survivors of a distinct and ancient group of birds.

To put their evolutionary distinctness in context, we’re all familiar with passerines, which are perching birds such as tui and sparrow.

Most of the passerines are songbirds or oscines. There is a second large group, the suboscines, which are mostly found in South America and include species such as flycatchers and antpittas.

The third – and most ancient – group of passerines are the Acanthisittidae the New Zealand wrens, now represented by just two endemic species, rifleman and rock wren. 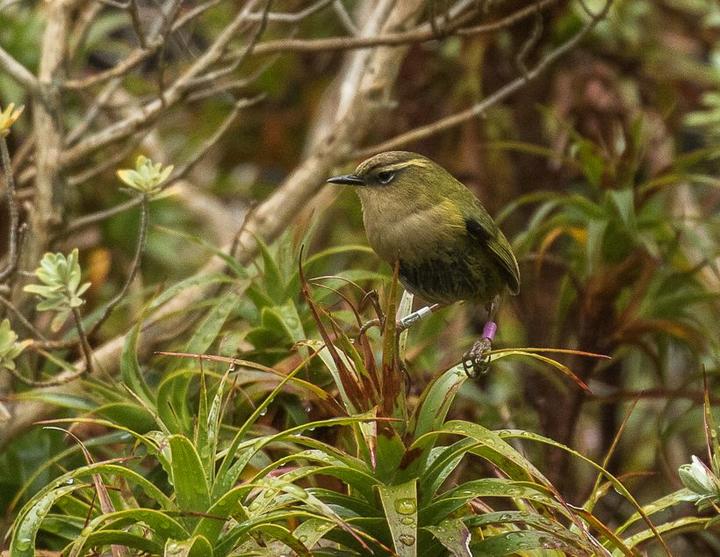 Rock wren live in subalpine and alpine areas on the western side of the South Island. Photo: CC BY-SA 2.0 Francesco Veronesi

DNA analysis shows that the New Zealand wrens appeared about 62 million years ago and are what is known as a ‘sister’ group to all the other passerines.

There used to be at least seven species in the group, including the flightless Lyall’s wren which went extinct on Stephens Island in the late 1800s due - in no small part - to the lighthouse keeper’s cat.

There was also the tragic case of the bush wren, which went extinct in the late 1960s when rats invaded their last island home of Big South Cape or Taukihepa, near Stewart Island. 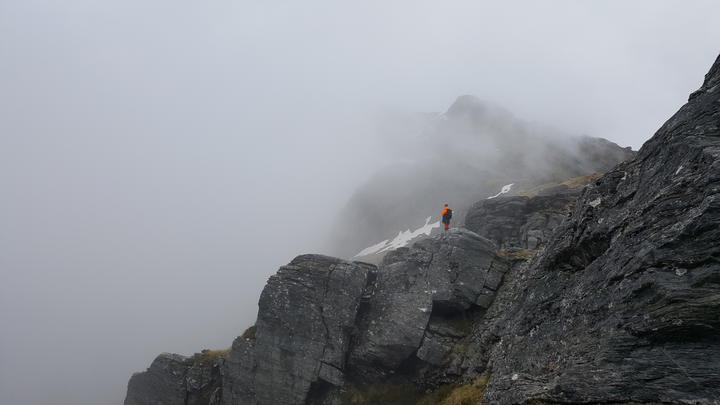