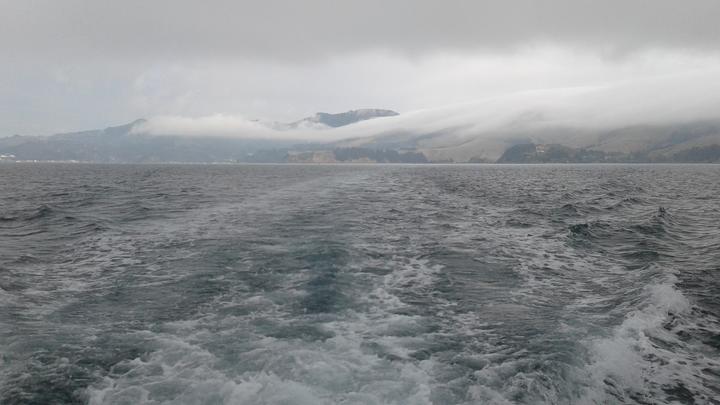 Large bryozoan reefs are found on the sea floor off the coast of the Otago Peninsula. Photo: Amy Archer / University of Otago

Marine Protected Areas (MPAs), also known as marine reserves, are widely considered a good method for conserving populations of a diverse range of marine species and their habitats..

However, MPAs have controversial aspects: there is the question of whether or not they work as well as eager conservationists claim. And, when they are implemented, there is argument from different parties as to how much area to protect, and where.

They can involve disagreement about evidence within the scientific community, but also a social conflict of interests between scientists and other parties in the public, such as commercial fishers.

Amy discovered that this controversy could be observed right under her nose in Dunedin, where a four-year-long battle over the establishment of Otago’s first MPAs has been waged.

There have been plenty of contentious issues. How big an area? In what locations? What’s most important to protect? And what will it do to our fisheries?

In this podcast Amy talks to marine biologist Dr Anna Wood, from the Department of Marine Sciences at the University of Otago, about the complex process of seeing the Otago region join the rest of the country in designating MPAs.

She hears different parties’ opinions on the two MPA proposals for Otago, and zooms in on an example of a precious habitat that an MPA may save - the rich bryozoan beds that cover the seafloor off the coast of the Otago peninsula.

The South-east Marine Protection Forum presented its recommendations for a network of MPAs in Otago to the Government in February 2018- no decision has yet been made.