Green cities of the future - what we can expect in 2050

Denser and taller, but also greener - that’s what our big cities will be like by the middle of the century, as we accommodate more urban dwellers and build in technology that reduces our impact on the environment. 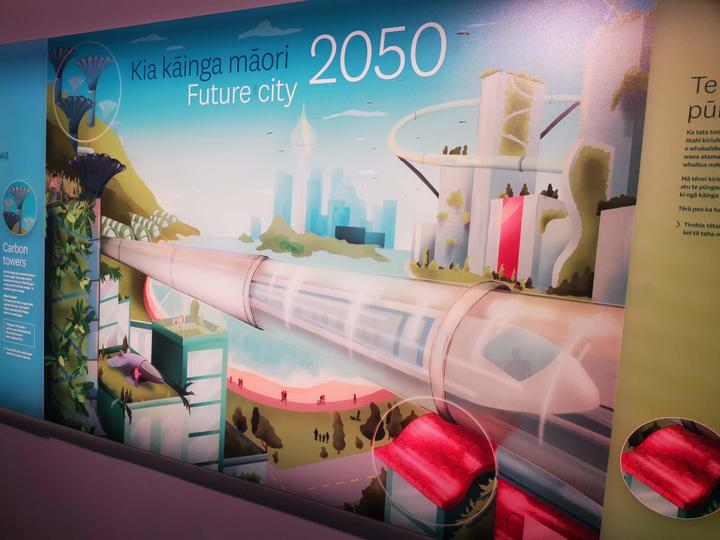 Scientists from the MacDiarmid Institute for Advanced Materials and Nanotechnology have collaborated with Te Papa to produce a vision of a city in 2050. It’s part of New Zealand’s national museum’s new $12-million exhibition zone, Te Taiao Nature, which opened in June.

In their lush vision of the future, a hyperloop monorail races past in the foreground and greenery drapes the sides of skyscrapers that house communal gardens and vertical farms.

On the hills behind, are a series of large tree-like structures. These are direct air capture devices that are expected to play a future role in tackling greenhouse gas emissions by scrubbing molecules of carbon dioxide from the atmosphere.

“They are large structures that will draw air through them and sieve out the carbon dioxide molecules,” says Shane Telfer, professor of chemistry at Massey University and a principal investigator at the MacDiarmid Institute, where he is experimenting with materials known as metal-organic frameworks, or MOFs for short, for energy capture and utilisation. 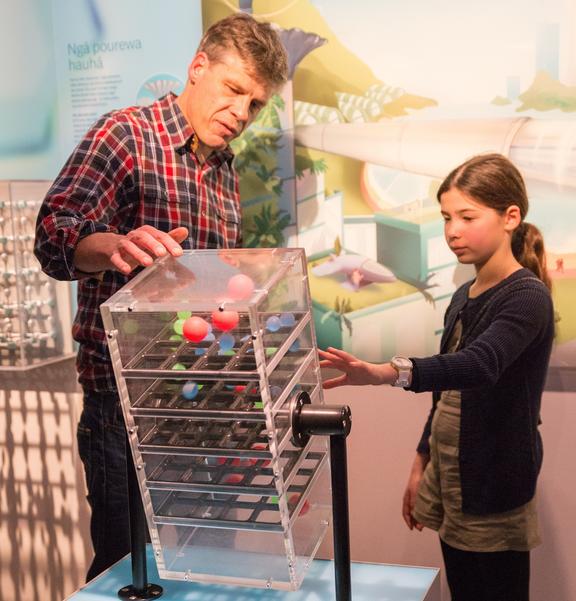 Telfer and his colleagues are interested in the ‘front end’ of these towers, the filters that are designed to capture just carbon dioxide molecules, while letting the other ones pass through.

“Only one in 25,000 molecules in the air is actually CO2, so you’ve got all the remaining molecules being something else, mainly nitrogen, oxygen, water vapour and so on,” says Telfer.

Measured level of carbon dioxide in the atmosphere reached 415 parts per million in May. That doesn’t sound like much but at that level the CO2 has a significant heating effect, and this is expected to grow as carbon dioxide emissions from fossil fuel use grows.

Climate scientists’ scenarios for limiting global temperature increase to 1.5 degrees Celsius this century, which would see the worst impacts of climate change avoided, depend typically on “negative emissions” technology.

But, says Telfer, “in addition to reducing our reliance on fossil fuels and our emissions of CO2, we need to be actively reducing the levels of CO2 in the environment.”

Enter direct air capture technology. The technology is already used on submarines and the International Space Station to filter the air. But the technology is still too energy-intensive and expensive to deploy at a large scale to reduce global CO2 levels.

However, Telfer says that by the middle of the century it will likely be part of the infrastructure of a typical large city.

Three things are crucial to effectively capture the CO2 in these towers, he adds.

“The material has to have a very high capacity for capturing the CO2. It also needs to do that really selectively. As soon as you get co-absorption of nitrogen or oxygen into your material, then you really decrease the amount of CO2 you can trap.

“The third thing is the energy required to regenerate the material.”

Regeneration often involves a process of drying, heating and cooling, removing organic material from the carbon and returning it to a state that it can then be used to make fuel.

“At the moment CO2 can be caught using fairly conventional technology, called amine scrubbing. It has fairly high uptake and selectivity, but its downside is the amount of energy required to regenerate these amine solutions after they’ve trapped the CO2,” says Telfer.

Telfer and his team are focused on the materials used in filtering carbon. The more efficient it becomes, the more likely the technology is to succeed.

“The cost of capturing CO2 is really at the forefront of everyone’s mind. The magic figure at the moment is US$50 per metric tonne [of CO2].”

“A higher price on carbon, through carbon taxes and the like, would be required to make the technology economically viable,” says Telfer.

While some companies were experimenting with carbon capture technology to store carbon underground, a Canadian company was leading the way in turning captured CO2 into a fuel source for a range of industries.

“Carbon Engineering, in Canada, is really looking at ways to convert that CO2 into usable fuel. We can then have a closed cycle of fuel use, carbon emissions, carbon capture and then conversion back into fuel.”

The future is flexible solar

Another energy-related material making up the city of 2050 is a more productive and flexible version of the solar panels that sit on an ever-increasing number of New Zealand houses.

Professor Justin Hodgkiss is Co-Director of the MacDiarmid Institute, and a Professor in Physical Chemistry at Victoria University of Wellington who is working on materials that will form the next generation of solar cells.

A city wrapped in solar film 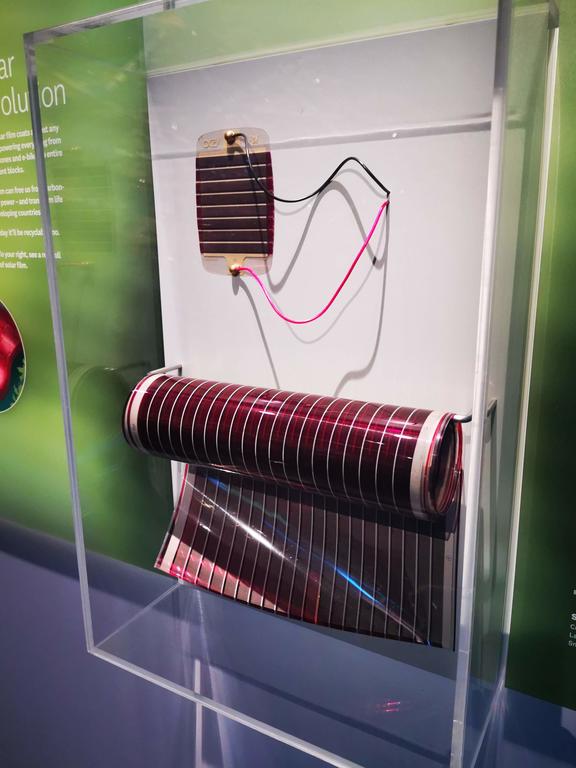 Solar panels of the future will be flexible, and able to be applied to many different surfaces. Photo: MacDiarmid Institute

In the Te Taiao Nature exhibition graphic at Te Papa, colourful semiconducting solar film coats the surfaces of buildings, absorbing the sun’s energy to provide power to the metropolis.

“The types of semiconductors we are working on that hold a huge amount of promise are called organic semiconductors,” says Hodgkiss.

“They are made of carbon-based polymers. You hardly need any of it to absorb light, so you can have a very thin film.”

These differ from the existing generation of solar cells that mainly employ silicon crystals to absorb light and conduct electricity.

“Imagine a stack of newspaper, it's really hard to bend. But go down to a couple of sheets of newspaper and it is really bendy,” Hodgkiss explains.

Using new organic materials, scientists are developing solar films that promise to be more energy-absorbing than rigid solar panels. They are able to be printed onto flexible substrates as a type of ink, which offers greater options when it comes to applying them to buildings.

A conventional solar panel in use today has around about 20 percent power conversion efficiency. That’s calculated by dividing the electrical power in watts measured leaving the solar panel by the power of the sun, also measured in watts, hitting a solar panel of a certain size.

The thermodynamic limit, says Hodgkiss, is just over 30 percent. So scientists are now on a quest to find the right mix of materials to get as close to the physical limit as possible using thin, flexible films.

“The next-generation printed ones we are working on in the lab give around 16 percent,” says Hodgkiss.

“When I first started working in this area just over ten years ago, their efficiency was around four percent. I expect they’ll be really are the forefront in cities in the next couple of decades.”