Could playing sound while beer is brewing change the way it tastes?

That is the idea behind a three-year research project at the University of Auckland that is underway in the quietest place in New Zealand. 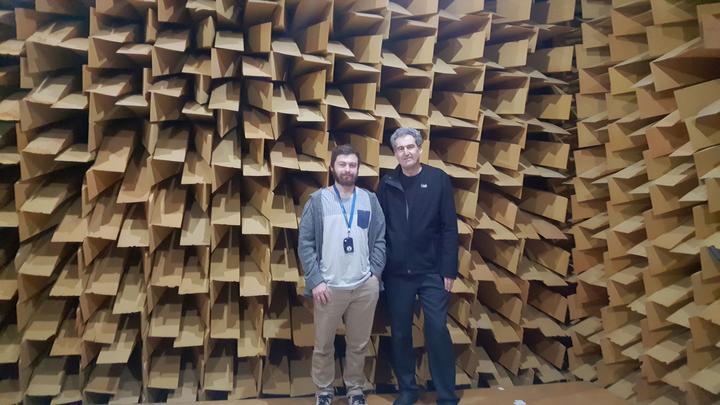 Alastair Harris and Andrew Jeffs have been brewing beer in the quietest place in New Zealand, the University of Auckland's anechoic chamber. Photo: RNZ / Alison Ballance

When you step into the anechoic chamber at the University of Auckland it as if your head has been wrapped in cotton wool. The sound of your voice is flat and dull. There is absolutely no noise from the outside world.

“This is meant to be the quietest place in New Zealand,” says Professor Andrew Jeffs. “All the sound from outside and the environment has been blocked off by giant sponge blocks in every direction you look. And those blocks are … a particular shape to capture the sound and basically absorb it completely.”

Andrew is a marine scientist with an interest in underwater acoustics. So what is he doing in this strange, quiet room?

“We're looking at how sound affects the behaviour of yeast when it's fermenting beer. And [this is] like the perfect control space for silence,” says Andrew. 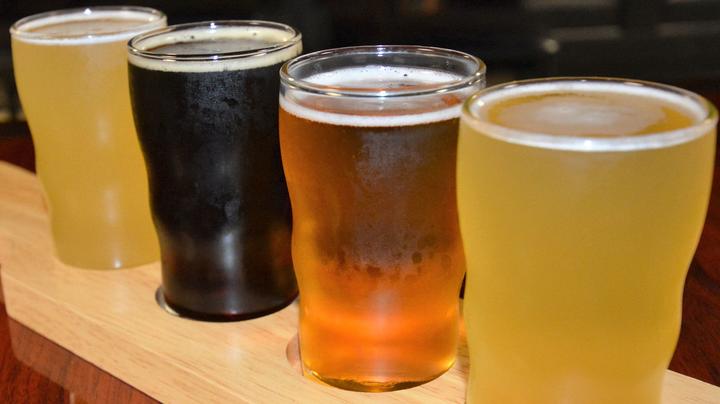 His interest in the effect of sound on fermentation began he was approached by the Garage Project brewery in Wellington. The brewery staff wanted to borrow some underwater sound equipment to play music from speakers submerged in the vats while they were brewing a Viennese lager for a collaboration with the New Zealand Symphony Orchestra.

While the brewery had the sound equipment, they also played death metal to a dark ale.

To celebrate our 666th batch, we submerged a speaker into the fermenter of an obsidian black IPA and played it 11 days worth of the greatest metal music ever created. Take a look at what happened… #darkresonance #garageproject #metalmusic #heavymetal #trysomethingnew

In both cases, the beer developed unexpected and unusual characteristics, and it was this experience that sparked Andrew’s interest.

With fermentation expert Associate Professor Silas Boas, Andrew developed a research proposal that won a $1M Endeavour Grant from the Ministry of Business, Innovation and Employment in 2017 for Advances in fermentation using underwater sound.

The project is in its second year, and PhD student Alastair Harris has been running the experiments in the anechoic chamber.

The researchers are using pure tones at the moment, rather than music, which is a messy mix of sound.

“We are using different frequencies, and also different intensities or loudness of sound,” says Andrew. “So understanding how those different aspects of the sounds may affect [fermentation].”

“When you're fermenting beer, it's usually done in a batch process, particularly for craft brewing.,” says Andrew. “And the behaviour of the yeast changes as it grows through the ferment. As it gets more and more crowded, it gets more and more difficult for the yeast to make a living, as there's less and less sugar for them to burn. And it may be that applying sound at different times in the process may play a role for the yeast as well.”

Alastair says that “using sound is kind of a bit of an’ out there’ proposition. So we have to make sure it's as controlled as possible, so we can really be sure that it is what we're doing is what is having the effect.”

Beer yeast is a good experimental subject as it is a well-studied organism.

“We know a lot about its metabolic pathways, and the way that it utilizes the sugar resources,” says Andrew.

“And so that's a great background for us to be understanding how the sound actually changes some of those processes.”

The initial results are promising.

“We're looking at the difference between silence and sound, and we're showing that sound does have an effect,” says Andrew.

“We're getting some really interesting results which we didn't expect either. And you know, that that's exciting, both scientifically, but also in terms of making good beer. And the thing with fermentation is that it's a very commonly used process for making food [and wine], but also industrial chemicals and a lot of other things as well. So the research has a lot of potential to deliver benefits across a whole range of areas.

In the third year of the project, the University of Auckland team will collaborate with the Garage Project to scale the research up to a real-life situation.

It is still too soon to say what the findings will be, but who knows – it may result in the ultimate beer composition, perhaps ”a yeast symphony that has a crescendo at the end that provides the perfect finish.”