You’ve collected stacks of your child’s artwork, including a piece of orange cardboard with blue and green cellophane triangles and khaki paint smeared across it.

There are pictures of stick figures holding hands drawn in brown felt tip pen, trees with massive trunks and spindly branches, faces with banana-shaped smiles and wonky eyes, and rocket ships flying out of volcanoes.

Children have an innate ability to express their imaginations, but could a child’s artwork offer greater insights and clues into their emotional world?

Harlene Hayne is a professor of psychology and Vice Chancellor at the University of Otago, and over the past two-decades her research has addressed this very question.

“One of the big claims has been that there is more to children’s art than just a picture on a page,” she says. 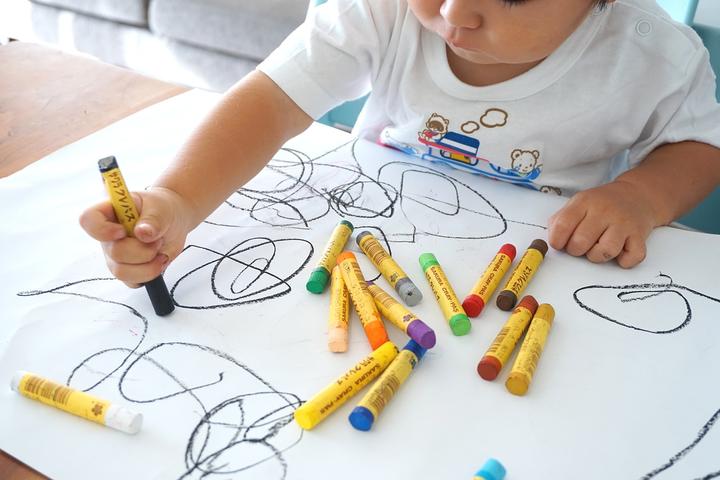 Children start to draw their interpretation of a human form from the age of three or four. Photo: Creative Commons

Prof Hayne looks at where and how children’s drawings might be used during interviews in clinical and legal settings.

She says that, for more than a century, psychologists have been trying to determine whether children’s drawings might be used as a proxy measure for intelligence, and as an indicator for mental and emotional well-being.

But is it all a stretch too far?

If we look back through history some of the great masters - Pablo Picasso and Leonardo Da Vinci - were recognised not only for their artistic ability, but also for their intellectual gifts.

“But those are the extremes,” says Hayne.

“We can't use that information to infer that in an average population of children, that we would be able to plot those out who might need additional support in the classroom, or those who might need extension activities on the basis of what they've drawn.”

Still, history can tell us a lot. And Prof Hayne points to recognisable markers in children’s drawings that consistently reveal their stages of cognitive development. 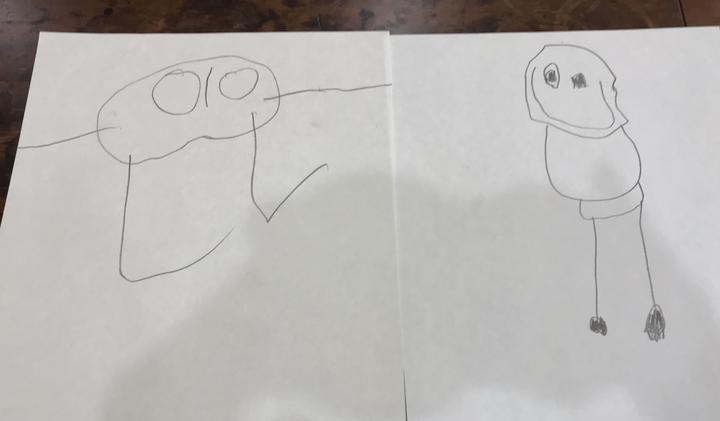 As children age their development is expressed through their drawing of the human figure. Photo: RNZ / Sonia Sly

Beginning around the age of three or four-years-old, children begin to recognise and draw their interpretation of the human form. Far from ‘human’ looking, these early stage drawings look more like insects.

“These are called tadpole drawings,” according to Prof Hayne.

In this case, for example, the head and the body form one central bug-like shape, with stick-like limbs protruding out either side.

“Here you can see a picture produced by a four-and-a-half-year-old, where the child begins to draw separate shapes for the head and the trunk,” says Prof Hayne, as she points to a drawing laid out on a long wooden table.

“The drawing still has some huge immaturities.”

She says that children indeed understand and recognise that bodies have arms, legs, eyes and ears. But their ability to depict these kinds of details in a two-dimensional space goes through a very traditional pattern of progress. 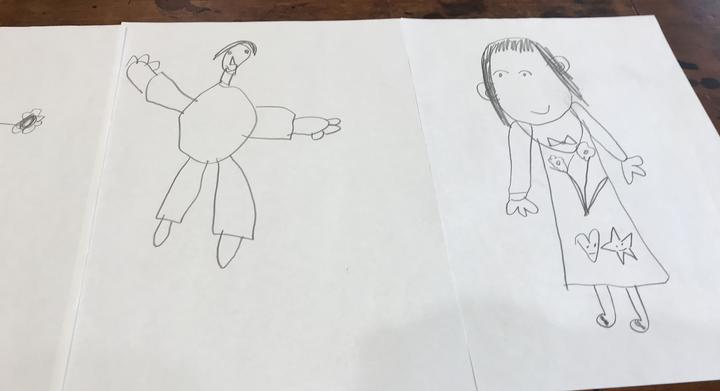 As a child gets older their motor skills increase, so that by the time they are 11- or 12-years-old they begin to draw much more detailed human figure drawings.

But there are a number of other ways in which researchers have looked to children’s drawings. And Prof Hayne has conducted studies looking at how their artwork might facilitate communication.

In one of her studies, children were taken on group excursions including trips to the albatross colony, the Cadbury chocolate factory, and visits to police and fire stations.

“Over the last 20 years, we have taken hundreds and hundreds of children on a range of different events and then interviewed them about those experiences,” says Prof Hayne.

In some instances, these interviews were conducted a day, a week or even a year after the events took place.

All the children who participated were asked an identical set of questions. But some were given the added opportunity to draw, as they were being interviewed.

The aim was to determine whether this technique could be used to elicit more information about the experience that the child had.

“We have the opportunity to test what the children say, against what actually happened,” says Prof Hayne.

“So it's really important in these studies that we draw the link between what the child is drawing about, and the nature of the interview,” she says of the process. 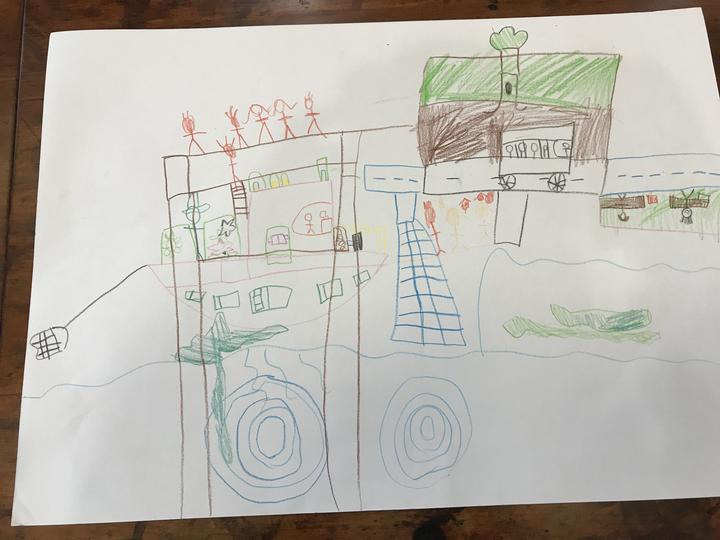 The outcome that Prof Hayne and her students discovered, was that the drawings became the equivalent of an adult writing down a list. The children used the drawing to keep track of what they had - or hadn’t - said.

There were other benefits to this method of interviewing

The children who drew reported back twice as much information as their non-drawing peers.

And Prof Hayne says not only did the interviews become longer, but they made both the interviewer and the child more comfortable and increased the amount of silence that both were willing to endure during an interview, without putting too much pressure on either the child, or the interviewer.

“[The process] allows the child to think a little bit more carefully about the things that they haven't yet expressed. [But] we're still trying to answer the question [as to] which one of those particular mechanisms is most important in the drawing technique,” says Prof Hayne.

Listen to the podcast to find out more about whether the choice of colour used in a child’s drawing is indicative of their emotional world, and whether the placement of objects can reveal anything about their close family relationships.