The Southland accent - a rolling change

Linguists from the University of Canterbury are studying the accent’s distinctive features and how it is has developed over time, and their research is changing our understanding of its history.

In particular, they say that older Southland women and rural Southland men have together been a key driver of the accent as it is spoken today. 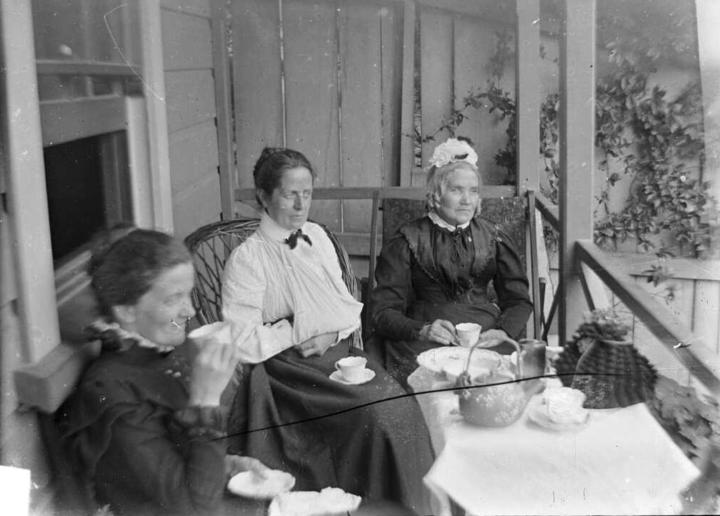 Older women led the trend for Southlanders to only roll the letter R after a vowel (the postvocalic R). This archive photo shows Amy Kirk, Sarah Jane Kirk, and another woman taking tea on a verandah sometime between 1895-1915 Photo: Alexander Turnbull Library

Ask a New Zealander to describe the Southland accent and they’ll say "they roll their Rs.” But this is only true for some Rs.

A Southlander doesn’t roll the letter R at the beginning of words such as ‘Ruby had a red robe.’

Instead, they have a soft burr, in which they roll the letter R following the vowel in words such as ‘the nurse wore a dirty purple shirt.’

Dr Lynn Clark from the Department of Linguistics and New Zealand Institute of Language, Brain and Behaviour, at the University of Canterbury, says this kind of R is known as a postvocalic R. It is also known as a rhotic consonant.

Many English speakers roll their Rs and are naturally rhotic, including the Scots, Irish, Americans and Canadians. New Zealanders and Australians, on the other hand, are mostly non-rhotic. Our ‘car’, for example, sounds like ‘cah.’

More than half of Southland’s early European settlers were of Scottish descent, which had a strong influence on the Southland accent.

Southland speakers used to be much more rhotic, but Lynn says that today the use of R is quite variable. She says the postvocalic R is now usually confined to ‘nurse’ words, that is, to words such as ‘work’ and ‘earthquake’ that rhyme with nurse. 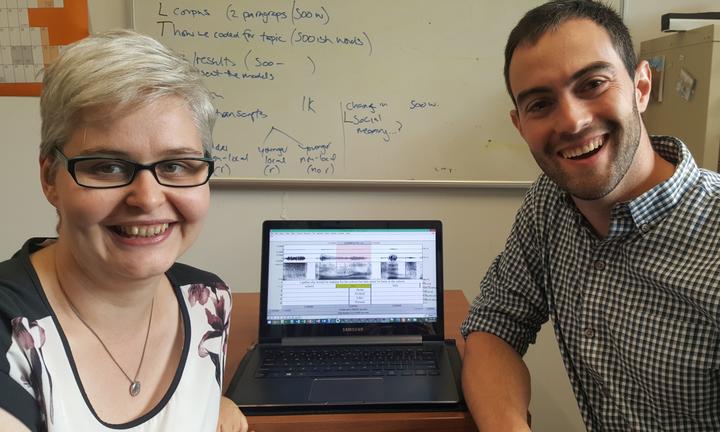 Lynn and post-doctoral researcher Daniel Villarreal’s work is building on earlier research about the Southland accent.

“We are interested in trying to understand more about what people actually do in Southland and how that came about,” says Lynn.

Lynn says that they have made two interesting new discoveries. She says the previous understanding was that “the R was there, then it disappeared and then it came back … and that’s what we thought we were going to find.”

Instead, their analysis showed that as early as 1900, Southland women were only using postvocalic Rs. “That pattern we see today? They had that a hundred years ago.”

Men, on the other hand, “they had R everywhere.”

Lynn says this is very unusual. “We don’t know of any other cases where you have such a clear and stark gender split.” 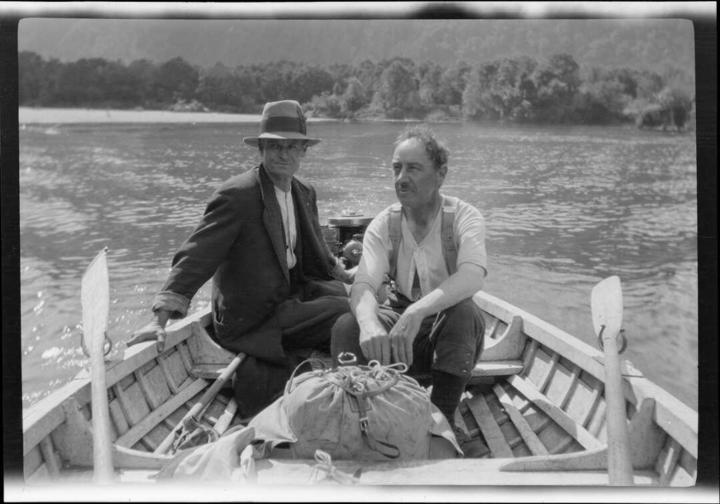 In the 1890s, Southland men rolled all their Rs. Over time they have changed to only rolling Rs after a vowel. Archive photo of two men in a rowboat, taken 1922. Photo: Alexander Turnbull Library

Over time, says Lynn, there have been two very marked changes: the women have gradually increased the amount of R they use in nurse words, while the men no longer roll so many of their Rs and have adopted the same pattern of postvocalic R as the women.

He says that what is strange about the way that women increased their use of R to be more like rural men is that “it’s usually young women that are at the vanguard of change. It’s not often the case that women look at existing variation in a community and go ‘the way that older, rural men sound? – that’s the way that I want to sound’.”

The Southland R is spreading

Anecdotally, Lynn says they are also noticing that postvocalic Rs are beginning to appear in other parts of New Zealand.

“I think there is potentially a change in progress,” says Lynn, “where we are starting to see this variant, which was initially marked as a Southland older men variant, creep into other varieties of New Zealand English.”

She says that postvocalic Rs are also starting to appear in Auckland English, but for other reasons. 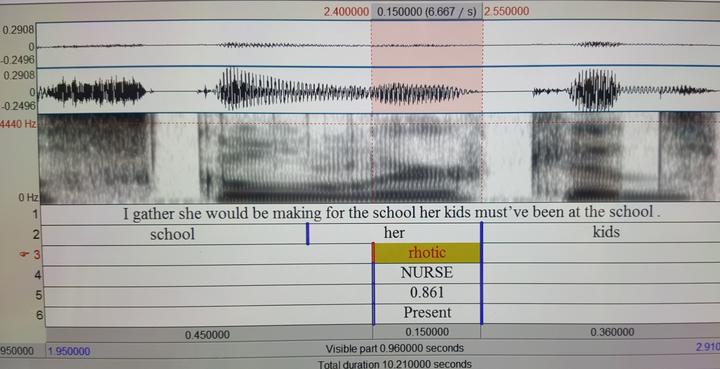 Daniel Villarreal has programmed a computer to identify the occurrence of the letter R and to rank it on how rhotic, or rolled, it is, and whether it follows a 'nurse vowel.' Photo: RNZ / Alison Ballance

Lynn and Daniel have carried out their research using about 200 audio recordings from the Southland Oral History project, as well as Christchurch earthquake stories, recorded by the University of Canterbury’s QuakeBox recording studio as part of the CEISMIC Canterbury earthquake digital archive.

Lynn says the recordings cover people born as early as 1900 through to people born in the 1980s. The recordings and associated transcripts are put into a searchable database, and each phonological feature is identified.

Daniel has created a computer programme that can rate how likely a letter R is to be rhotic. He says the letter R is a very subtle letter, and even human linguists can struggle to identify if a word includes a postvocalic R, but he is very happy that his programme has successfully automated what used to be a much slower manual process.

“It’s meant that we can analyse a vast, vast number of tokens [or examples] of R ... and see patterns that otherwise we wouldn’t have had enough data to see,” says Lynn.

The research is part of a Royal Society of New Zealand Te Apārangi Marsden Fund project called: ‘What is the Southland accent?’

Daniel mentions that it is usually younger women that lead accent changes. Sonia Sly investigated this in a recent Our Changing World story.

Listen to the audio version of this story to hear examples of the Southland accent, including several archival recordings of older Southland men that were kindly supplied by Ngā Taonga Sound & Vision.